Post Traumatic Stress Disorder is a mental state that can develop after a person is exposed to traumatic events. Most frequently this phenomenon is associated to soldiers who have survived wars and have come face-to-face with death and emphatically excruciating experiences. Director Cedric Godin’s feature debut captures this harrowing state through the exceptional performance of actor Jason Lopez.

The portrays – with technical simplicity and Oscar-worthy acting – the story of Jason, a young military veteran who struggles to adjust to civilian life after returning from Iraq. He travels from Miami to L.A. in search of a childhood friend and spirals deeper into depression. Jason quickly realises that something is affecting his grasp on reality. As painful memories emerge, Jason searches for the courage to overcome his demons and begins the journey back to life.

‘PTSD’ – winner of the Best Film and Best Actor at the Chelsea Film Festival 2015 – on March 5th will show at the Supreme Headquarters Allied Powers in Belgium.

In this Exclusive Interview actor Jason Lopez shares the shaping of his character:

Your character shares your same name, was it intentional for you to fully experience his turmoil?

The director asked if I have a name in mind. I said I wanted to use my name. I needed to make it intentional to live and breathe the turmoil.  I had to bring anything I had to the role to encourage truth.

What research did you do to portray the post traumatic stress disorder?

I called clinics and I called therapists that focused on PTSD. They would recommend material. I kept researching and reading a lot about it. I was initially overwhelmed by the abundance of information I found online. Especially the video posts on YouTube, of veterans sharing their struggles and frustration about adapting back home. I kept watching over and over what they were really saying. You could feel the pain in their voices and their eyes. I watched so many different posts. I had screenshots of every moment when they would get vulnerable and couldn’t hide the pain, and I made a collage of their horror of those moments and of their faces. This collage was on my wall at home and on my screen saver of my computer and cellphone. I began working on private moments on stage in the theatre. I kept exploring my darkness and didn’t stop. I spoke to many veterans about war and wives that were affected by their husbands suffering from PTSD. One woman shared how her husband didn’t show up one night, he was taking medicines, drinking and driving. One night the police contacted her to say that her husband was in a car accident: he had decapitated the other driver off the FDR. There was so much leading up to this story and what happened after. I spoke to veterans from Vietnam and other wars. There is a character in the film that I have two scenes with who is a real life Vietnam veteran. He told me stories, about how he went through from jail to suicide. He found healing by writing poetry on PTSD. He now plays the piano and he is an actor. You would never know. He shared what I won’t say. That pain is in the movie. The struggle is real.

How did your previous training and professional experience prepare you for this role?

My training helped a lot because I lived, breathed, ate and slept it. I spent over 5 years at school exploring the Method. Some would say it brings all of you and the unknown; our creative imagination too. Whatever it takes to tell the truth. I even explored sleeping with heavy metal music under my bed to sleep in the most uncomfortable ways. I didn’t have a place to live for one of the shoots, so I slept on the streets, no one knows that until now. I explored different animals to bring a physical behaviour to the role. I found the possum worked for me. I kept exploring many layers. I had a cousin of my same age, who served in the army and died. No one knows the real story of what happened to him. So many different things came up and I knew I had to use any and all of my darkness to bring at least a moment of what these soldiers go through. PTSD, is a traumatic experience. It does not have to happen only in war. It’s childhood trauma, sexual abuse, it’s 911, firefighters, policemen, it can happen to anyone and anywhere.

How did you and Cedric Godin work in the making of your character’s mental disorder?

The director and I would send each other articles on PTSD constantly, when we first began working on it. We barely had a script, it was about 45 pages and the other half was improvisations. The story kept growing as we worked. Cedric allowed the time to explore and bring whatever I needed to do, to tell the story. Going into production helped a lot. We still send each other PTSD articles: 22 soldiers die a day from suicide at home after the war.

How difficult was it to detach from the character once the movie was over?

After shooting, I didn’t have a place to express what I created so when I was done  I looked in the mirror and didn’t like what I saw and what I was thinking. I was depressed. I didn’t want to live in Los Angeles or New York anymore. I didn’t want to be around anyone. I dropped 137 pounds in the last scene, I usually way 170 pounds. It wasn’t about losing weight, PTSD comes in all forms. I was depleting myself with all the running that I did to prepare, plus I was having one juice a day for over a month. In the film I’m running looking for my friend. I was lost. I needed to find myself again. I had to take off to the mountains. I shaved my head and did an eleven day silent meditation, building bathrooms and huts out of bamboo on a farm with native Lana, in Thailand.

After such a consuming and challenging role, what would you like to play next?

I’d like to play a Shakespeare warrior of some sort. Something that has meaning and purpose. My friends say I have to do something funny now. I’ll soon be working on a film with a woman director, and a talented actress. I can’t say just yet but we started to rehearse.

PTSD had a great reception at the Chelsea Film Festival in New York, where you won an award as best actor, what do you expect from the European audience?

I hope Europe goes well and appreciates this raw gritty film. This is definitely not a Hollywood film. I expect them to appreciate the realness. It’s majestic and profound, There is no bling in the film, like Elizabeth Kemp said about it. We are lucky being flown out to screen the film at the Supreme Alliance Headquarters. So far the military gets it and responds to this film. So at least I did my job. Hopefully we can continue to share this gem and see how far we can go with it, to start a dialogue about PTSD and ways to support our troops; stand by them, with patience and compassion. 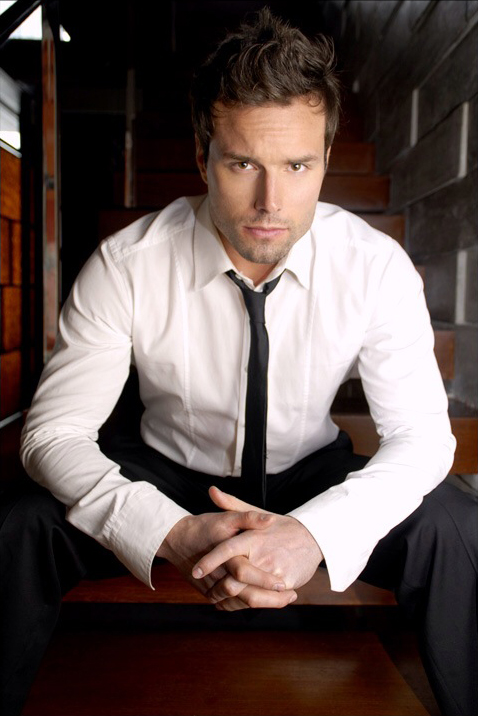