Producers Mem Ferda and Adam J Merrifield of White Lantern Film have revealed a shocking new trailer for the most awaited horror feature of 2016 – K-SHOP.

K-SHOP transfers the Sweeney Todd story to the binge-drinking milieu of Britain as a vigilant kebab shop owner, battles with drunken clubbers. A debut for writer -director Dan Pringle, the film has secured distribution through Bulldog Film Distributors and is set for UK Cinema release in July this year. Empress Road Pictures will be the International Sales agent for the film.

The film follows the story of a kebab shop owner’s son who turns butcher after his father is killed by lawless yobs on a night out and paint’s an accurate picture of Britain’s binge drinking culture by uniquely integrating scenes of genuine night life with the film’s visceral narrative. Producer Mem Ferda comments; ‘Its high time a socially relevant film like this was made highlighting the significant problems of drink culture that is prevalent amongst our ‘teen’ society today. I can best
describe it as an intoxicating, super-slaughter, sweeney todd-esque ride that cleverly has a stab at British binge drinking. It will certainly have partygoers think twice about stopping off for a kebab on the way home’.

Writer/ Director Dan Pringle commented; “Set against a familiar backdrop of British binge drinking culture, the film’s intention has always been
to present a highly thrilling story whilst touching on some important social issues simultaneously”

K-SHOP will be screened at the Dead By Dawn International Film Festival, Scotland on 21st of April 2016 And at the Southend-on-Sea Film Festival, between 27th to 30th of May, screening date and time tbc. Visit the official website for more details. 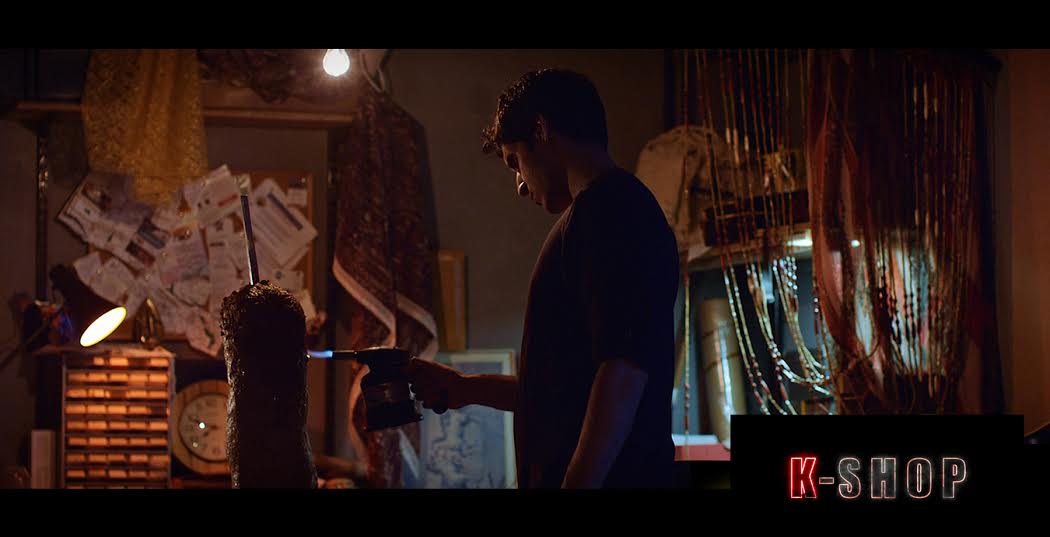 Cancel reply
Watch Ricky and Trevor in Chicago, IL Only on FilmOn TV
Eliza Dushku and Louisa Krause Argue that Jane Wants a Boyfriend in Clip Premiere
To Top