This year as in every other, horror films will be introduced to the big screen, each trying to equal or excel the originality and tension of classics like “Carrie” and “The Exorcist.”  “The Clan” is billed as a biopic, part thriller, part political (though Republican politics can be viewed as horror as it is by some now in the U.S.), but is not being promoted as a horror pic.  But what adjective can you use to describe a film that deals with a plain-featured older man who together with his family of wife, three sons and two daughters says prayers before dinner but has manipulated most of them to commit horrendous crimes?  Father and sons work together to plan and execute kidnappings, then sink so far in the mud of murderous immorality that they kill their victims even after receiving the ransoms.

“The Clan,” co-written written and directed by Pablo Trapero whose “White Elephant” deals with a priest working in a Buenos Aires slum who finds solace while working with an atheist, is closely inspired by a true story taking place in Argentina during the 1980s when, as a result of a change in government from dictatorship to democracy, Arquímedes Puccio (Guillermo Francella) loses his job with his country’s intelligence services.  He needs money to support his seven-member family and together with his sons, whom he manipulates into supporting criminal activities, and with the passive acquiescence of his wife, he kidnaps a number of people and demands heavy ransom in American dollars.

While the paterfamilias remains Trapero’s principal focus, the audience will likely identify most closely with son Alejandro (Alex) Puccio (Peter Lanzani), who comes across as the all-Argentinian boy.  He is a star on the rugby field, where his skill at fast running leads to goal after goal as the opposition falls away.  He is cheered by all of his teammates and will receive the ardor of beautiful Mónica (Stefanía Koessl), whom he meets in the sailing goods store which he manages and which has been set up courtesy of his dad’s money.

The father, working particular with his favorite boy, Alex, kidnaps Ricardo Manoukian, Alex’s 23-year-old rugby teammate (imagine the horror of taking part in the kidnap-murder of your best friend?), killing him despite receiving a ransom of $250,000.  When his family paid out $150,000 to retrieve engineer Eduardo Aulet, they were ripped off as the man’s body was retrieved four years later.  When Emilio Naum was kidnapped in 1984, he was killed immediately for violently resisting.

While Trapero does illustrate graphic violence, even presenting the screams of a 65-year-old victim imprisoned in the family basement as though she were a part of “The Saw” horror franchise, the major part of the story deals with the father-son relationship, featuring also the love of the old man for the daughter whom he helps daily with homework, enlisting his wife to cook chicken with rice for the victims locked in the basement.  Much of the conversation is between Arquímedes and the government people who are covering up for him, especially the Commodore, who can no longer guarantee the criminals’ protection.  There is considerable confusion during the first twenty minutes as Trapero shows government officials making speeches, with the new incumbent promising a great nation now that the dictatorship is history.

Some background in Argentine politics can help though is not necessary.  Recall that from 1976 to 1983 from 10,000 to 30,000 civilians, generally the leftist opposition, disappeared, the desaparecidos, picked up by the military dictatorship never to be heard from again.  It is through the infamous offices of the fascists that Arquímedes is able to amass his millions in U.S. currency.  Among the witty repartee is one comment by a gang member about the new government.  “It’s a democracy.  How long can it last?”

Arquímedes tell us that he would never do anything to harm his own family, though he certainly caused havoc among families of his victims, all of which shows that one can be all too loyal to one’s own and to hell with everyone else.  Sebastián Escofet’s  music featuring songs in English is stunning, the sound effects particularly clever in juxtaposing cries of sexual ecstasy from Alex’s girlfriend with screams from one of the family’s victims.

“The Clan” is Argentina’s entry to our Academy Awards but did not get nominated.  In Spanish with English subtitles. 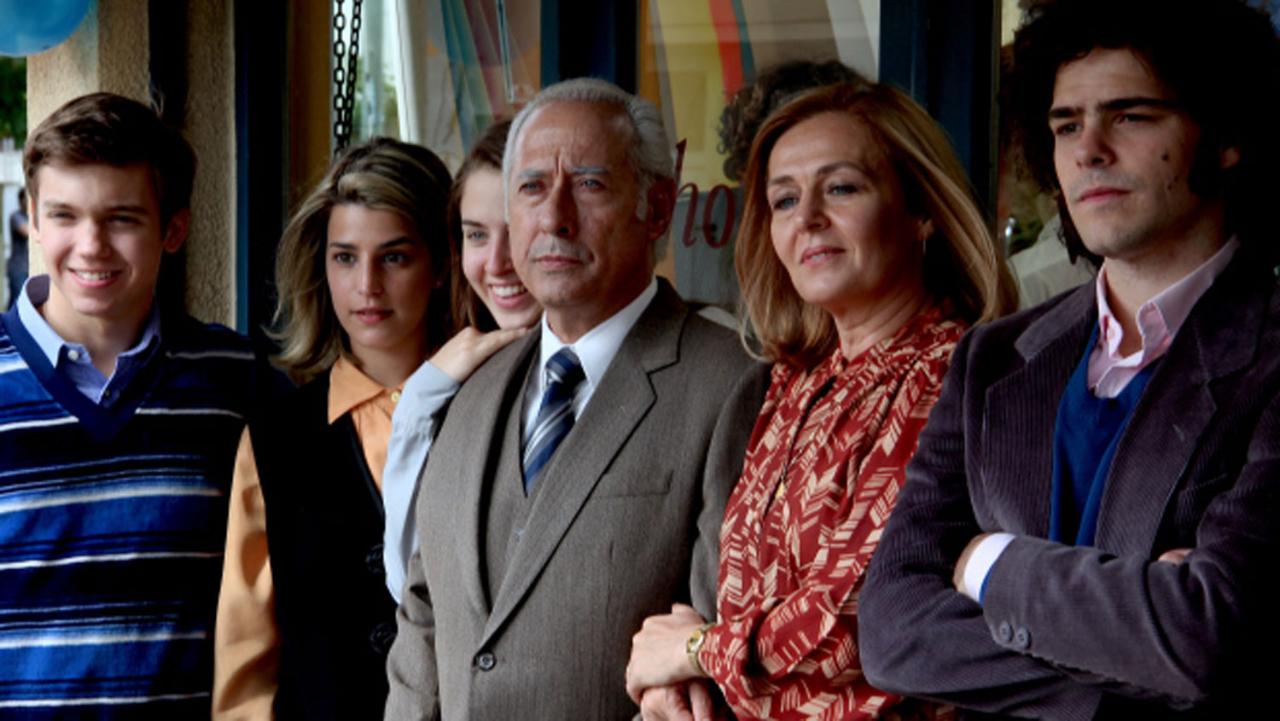