The Spanish melodramatic movie ‘Ma Ma’, presented at the 2015 Toronto Film Festival, marks the return of director Julio Medem. The winner of a Goya (for his feature ‘Vacas’) – whose works have been compared to Krzysztof Kie?lowski’s – goes lyrical, with the story of a single mother who is diagnosed cancer.

Magda (Penelope Cruz) is an unemployed teacher, who forms a sudden bond with Arturo (Luis Tosar), a widowed soccer scout, while she goes to see her son (Teo Planell) play a game. Thus begins a journey, that will carry her through the most intense year of her life.

The Sturm und Drang builds up very quickly, as Magda confronts the crescendo of an adverse fate. The storyline per se would come across as a mere tearjerking feuilleton, if it were not for Penelope Cruz’s presence as the leading lady. Her performance is emotionally honest, without accentuations. She doesn’t play the victim, but does portray the nuances of turmoil for the way her charismatic role has to confront a cataclysm of circumstances.

Cruz’s co-star Luis Tosar, is also very spontaneous in the portrayal of a man who loses his family and starts anew, in a quiet and grounded way. Along these lines, Teo Planell, playing Magda’s son, represents a contemporary Antoine Doinel, who has a very strong bond with his mother, abandoned by her cheating husband. Just as enticing is the character of Magda’s doctor (Asier Exteandia), who indulges in an oddly close relationship with his patient, which is not definable according to conventions. This is probably the most nuanced character depicted by Medem, who doesn’t like to trail traditional pastures.

All in all the film does play on schmaltz, but it surely is an excellent opportunity to see Penelope Cruz working again in the European film industry, that lead her to join the Hollywood stars. 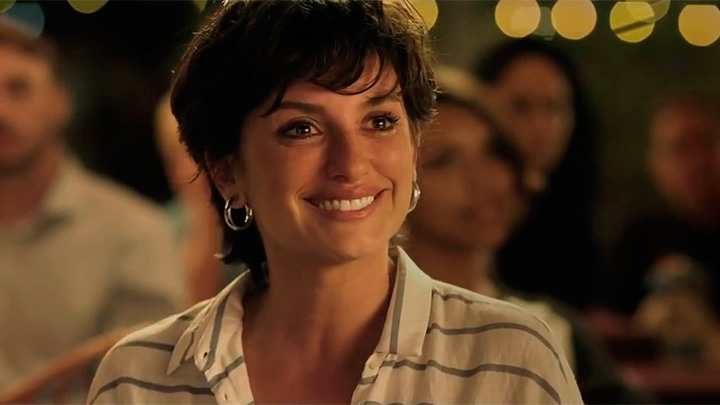