Oscar-winning documentary director Charles Ferguson addresses global climate change in his third feature. He portrays the breadth of the environmental challenge, the power of solutions already available, and the remarkable people working to save our planet.

Ferguson has a gift for dissecting, blatantly and concisely, the issues of our time, as he demonstrated with ‘No End in Sight,’ that examined the U.S. occupation of Iraq, and ‘Inside Job,’ which grasped the economic meltdown of 2008.

In ‘Time To Choose’ we are presented with doomsday scenarios, as the narrative ponders on three main chapters that are the most detrimental drivers to climate change.

The first part of the film focuses on coal and electricity and the way the toxicity of mountain soil is going into water supplies. People who drink from that water are ingesting heavy metals, mercury and even arsenic.

China is the biggest emitter of greenhouse gases: 200,000 miners are killed every year and thousands remain crippled. Most are affected by the black lung disease, from breathing coal rust.

However there is room for hope: during the making of the film, renewable energy became broadly competitive with fossil fuels, since it’s evidently less expensive. Currently, companies such as Apple, Google and Facebook are converting operations to renewable energies. An outstanding example is set by Nobel Peace Prize winner Muhammad Yunus. The banker to the poor, with his Grameen Energy, has employed 10,000 people and 1.5 million homes have benefitted from renewable energy in Bangladesh.

The second part of the film focuses on oil and cars. We see Nigeria as the floating city, with no electricity and with a population surviving on $1,25 a day. This unstable society has disruptive consequences on nature, to the extent that the sky turns orange at night because of the gas flares. Yet again, while highlighting the problem, Ferguson reminds us that we still have time to intervene. As one of the interviewees says: “every crisis is an opportunity not to be lost.”

The third part of the documentary explores the relationship between land and food. Pesticides and fertilisers are contaminating our crops and affecting the fauna. In Brazil a specie of monkeys is facing extinction because of this. Furthermore, when it comes to livestock the system is utterly unsustainable: billions of animals are raised for food. It takes up to ten times more land to feed ourselves with meat than with plants. Changing diet would certainly have an impact on deforestation and benefit our health.

Contrarily to other climate-change documentaries Ferguson’s film, besides presenting all the harrowing information regarding our planet’s malaise, lays out a series of possible solutions, already available, to the crisis. His message is unequivocal: we can stop climate change, now is the “Time To Choose.” 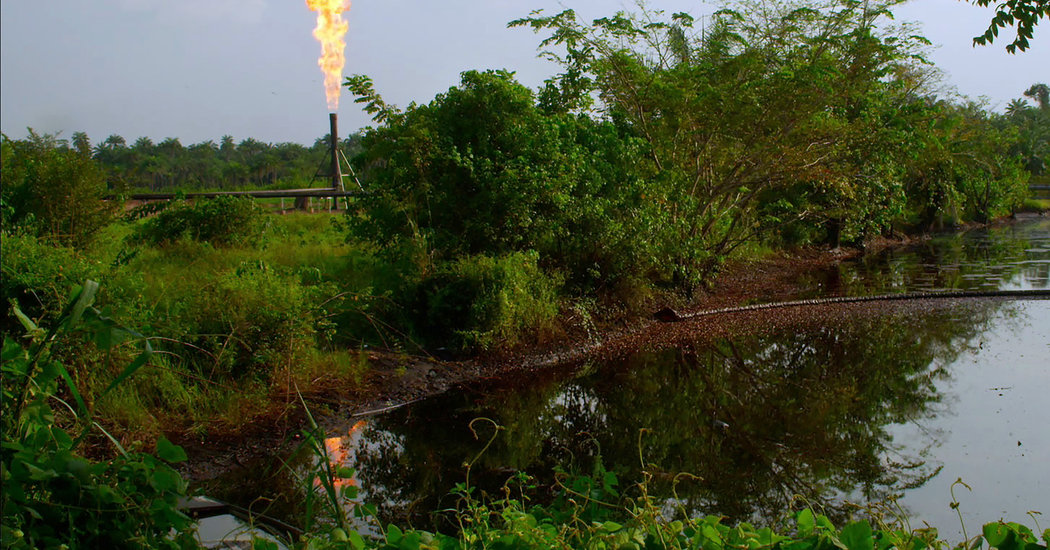