Our Kind of Traitor Movie Review

College professors are sometimes said to be living in an ivory tower, but those who teach sciences and business administration would hardly be in the same room as poetry teachers.  Poetry professors together with members of the philosophy department, though, would have adjoining rooms in the tower penthouse.  They are about the last people you would suspect to get involved with the Russian mafia, particularly if they are British citizens and work in a London university.

The plot, from the book by John Le Carré, may seem difficult to believe, but with Hossein Amini’s adaptation of the le Carré novel of the same name, directed smartly by Susanna White, we in the theater audience would pronounce the at-first incredible story as one that slides right over our natural, cynical resistance.

Susanna White, whose “Mr. Harvey Lights a Candle” focuses on a teacher’s coming to term with the past during a trip to Salisbury cathedral, and “Nancy McFee Returns,” about a woman who teaches some brats some lessons when her husband is away at war, may appear to have little to do with a cerebral, yet physically demanding movie like “Our Kind of Traitor.”  But she owes a debt to Iranian-born scripter Hossein Amini, whose script for “The Dying of the Light,” about an aid worker murdered in Somalia gives him the credentials for this le Carré adapation.

With a forceful performance from Stellan Skargård as Dima, a leading Russian mobster specializing in the laundering of billions of dollars, “Our Kind of Traitor” takes off with a bang when a family is executed by machine gun on a stretch of road, a blockade all but guaranteeing the Mafia promise to kill not only its enemies but the enemies’ wife and brood as well.

Dima invites Perry (Ewan McGregor) to a party when they two meet during a vacation in Marrakesh (in Antigua in the book).  Perry has been on a romantic getaway with his more financially successful wife Gail (Naomie Harris), Perry and  a wary Dima attend a lavish party featuring hookers on horseback and fireworks that would rival Macy’s New Year’s Eve celebrations in New York.  After the two get to know each other on a tennis court, Dima asks Perry to carry a USB devise to MI6 in London, a drive that implicates quite a few higher-ups in the British Parliament with attachments to the Mafia. Perry had been seduced by sympathizing with Dima’s plea that the Russian’s family are slated for execution.  At that point Perry, together with Gail, manages to smuggle the small USB to MI6’s Hector (Damian Lewis), who is obsessed with nailing the traitors in Britain who are taking dirty money from the Russian mobsters.

“Our Kind of Traitor” takes us from Marrakesh to the Moscow, from the French Alps and Paris to Bern and the UK with some filming by Anthony Dod Mantle in Finland.  This film dispenses with much of the intellectualism of le Carré’s better known “Tinker Tailor Soldier Spy” to provide a physicality involving a getaway by helicopter, and some random beatings that gives Skarsgård a chance to eat up the scenery at the expense of a hirsute patsy played McGregor. It’s great to see an out-and-out thriller, a cat-and-mouse game with an unpredictable conclusion and a last-minute introduction of justice. 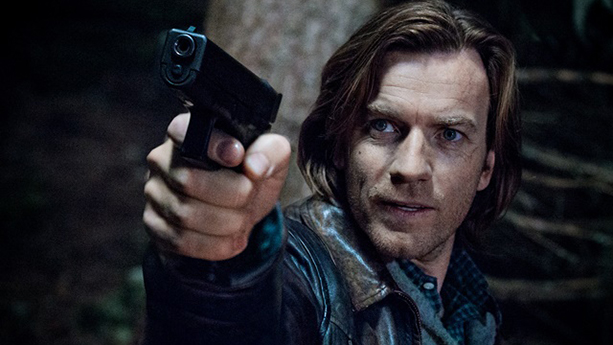