Maureen Dowd, a long-term columnist for the New York Times who is as liberal as her newspaper, wrote once about a debate she had with her more conservative sister.  Her sister had criticized Senator John McCain for an alleged extra-marital affair, to which Dowd replied, “Any man who spent five years in a box can do whatever he wants.”  Whether there is any ethical truth in this is a subject for discussion.  One could presumably give the senator a pass, a Vietnam War hero who had been imprisoned by the enemy and refused release until his buddies were set free as well. But there’s no way that a vicious band of Soviet soldiers occupying Poland in 1945 could justify particular actions: never mind what one Soviet commander said: that after his men defended Poland from Germany for three years under the worst conditions imaginable, they had a right to do what they did.

What was their crime?  These soldiers, depicted in Anne Fontaine’s “The Innocents” (alternate title “Agnus Dei) which is based on actual events, went on a rampage during the occupation.  They invaded a Polish convent with a dozen or so nuns and in three days raped most of the poor women, over and over.  It’s no wonder that some of these victims in the prime of the lives became pregnant while the Mother Superior came down with syphilis.  Telling this story with largely black-and-white film—the color of the scenery matching the black-and-white outfits of the nuns—Fontaine does not spend time flashing back to the crime.  In a mostly quiet meditation, one which highlights heroes as well as criminals, she describes the events that followed the rapes, highlighting the fear by the Mother Abbess (Agata Kulesza) that if the word of the violation got out, the convent would be closed. Such a fear can be justified, considering that the Soviet Communist society was no friend of religion, which partially explains why they had particular contempt for these cloistered women.

Mathilde (Lou de Laâge), a French doctor doing her best to help victims of the war together with her lover Samuel (Vincent Macaigne), was asked by one nun to come to the aid of these Polish women.  Aside from having to use her skills as a physician with an extreme shortage of basic supplied such as penicillin, she had to gain the trust of the nuns, who were under oath not to be touched or to expose their bodies, much less to be probed and operated upon when the time came to give birth.  (Mathilde’s actions depict a small part of the heroism of one Madeleine Pauliac who accomplished over 200 missions for the French Red Cross.)  She is at first resistant to the call for help as she is serving in a French hospital, nor does she have religious reasons for going beyond the call, as she was brought up by Communist parents and did not consider herself Catholic. For that matter Samuel, with whom she conducts both operations and private liaisons is Jewish, a fact which he humorously communicates to the nuns—who may have never met someone of the Hebrew faith before.

Caroline Champetier, operating behind the lens, often captures the faces of the nuns lest anyone in the audience assume that they were a group of black-robed people without individual features.  Some are young and pretty, others appear to have served in the basic convent for decades.  One was not much of a believer but was discarded by a “bigoted aunt” who figured that this is where an unmarried woman belongs.

Special attention is given to the Mother Abbess, who as leader of the group fears more than any others that the scandal would lead to the convent’s demise.  Her one act, perhaps with her good intentions, would likely lead her to hell.  She becomes the one female villain of a piece that is directed, written and acted almost exclusively by women.

“The Innocents” moves along with deliberation, with just one melodramatic incident involving the near rape of the heroic Mathilde by Soviet soldiers when she inadvertently crosses with her Red Cross truck into the wrong place.  Otherwise, the film is respectful of the situation being confronted not only by the nuns but also by the two doctors who go beyond their mandate to treat soldiers only in the hospital, an action which leads to the dressing-down of Mathilde by the colonel (Pascal Elso), a man who does not realize that Mathilde’s absence had been for a good cause. 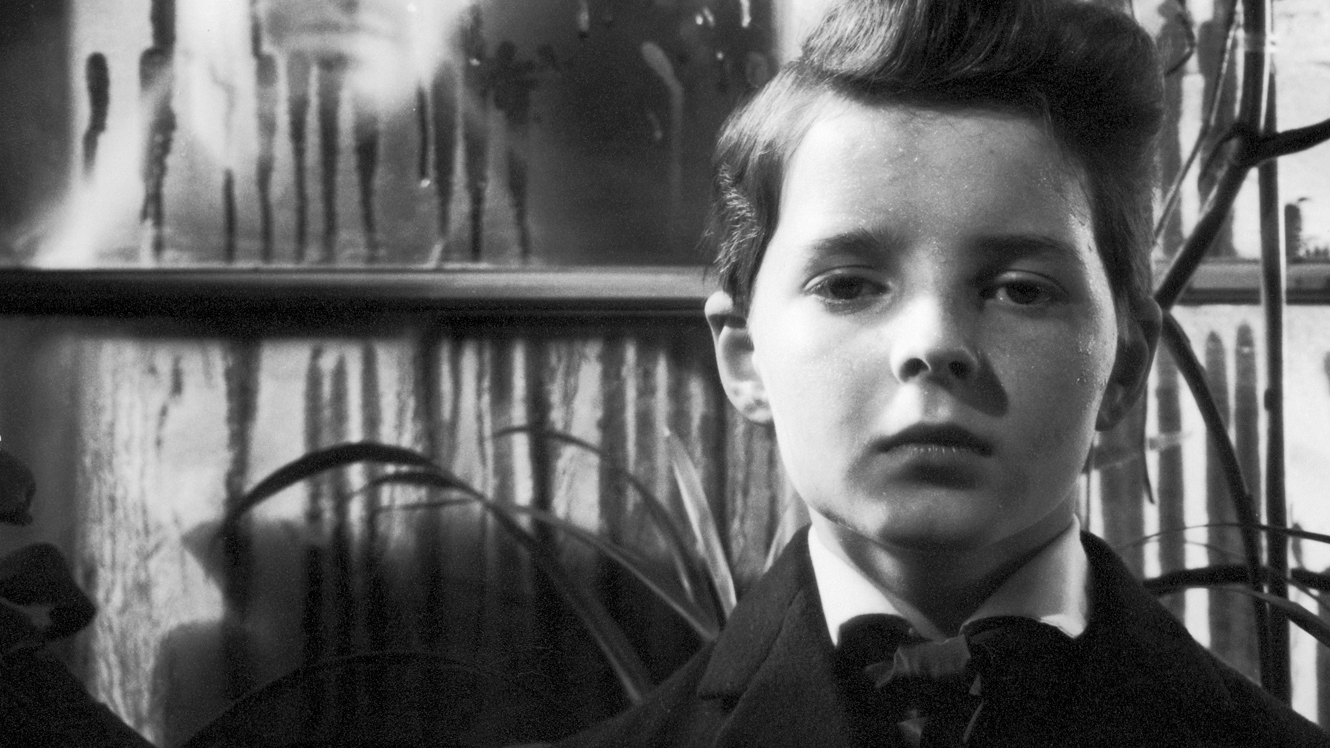