Money laundering by the big drug cartels is big business.  In fact as the epilogue to Brad Furman’s “The Infiltrator” tells us, every year, two trillion dollars is laundered, largely to banks around the world and to real estate investments.  What does that figure look like?  It’s like this: $2,000,000,000,000.  This is money that does not go to any government in taxes. Just imagine what the drug lords could do if they allowed proper taxes to go to Medicare, Social Security, schools and hospitals.  We’d have enough to start a few more wars around the globe.  (In fact, Carlos Escobar, who died in a hail of bullets at the age of 44, could be considered a Robin Hood, as he broke his piggy bank and donated millions to schools and hospitals from his ten billion dollars in assets.)

“The Infiltrator” is based on the true story of an undercover drug agent responsible for the arrests of not just a couple, but score of drug kings and the bankers on whom they relied and who were fully aware that the deposits were dirty.  As incredible as this tale may be, one which gives the impression that half the battle is won, the epilogue points out the awful truth that despite the heroism of Robert Mazur and company on whose memoir this movie is adapted, $2,000,000,000,000 is still being washed.  Perhaps without meaning to do so, this statement made during the end credits in a way destroys the whole basis of the film, which means that the drug war is lost, was lost, has been lost, and will be lost.

Never mind that the customs department, one division under the tough rule of Bonni Tischler (Amy Ryan) happily decided that the best way to work against the interests of the drug scene is to follow the money.  Seize a boatload of cocaine and that will shortly be replaced by another boatload of coke.  Instead, the department would go after the big cheeses in the illegal drug industry and the bankers and realtors who help them hold on to their dirty dough by hiding it in legitimate businesses.

An audience may attend this film thinking that it’s a modern “Godfather,” complete with obligatory explosions, car wrecks, helicopters and shootouts.  There is, in fact, one overturned car, there are executions, there is talk about how the drug lords would deal with informants (not a quick death, but one sustained by injecting adrenaline to keep them awake while fingers and toes are cut off and families murdered before the eyes of the good guys).  But generally this is mostly a cat-and-mouse chess game as agents like Mazur, who takes on the nom de guerre of Bob Musella, and his favorite assistant Emir Abreu (John Leguizamo), try to keep a step ahead of the bad guys and, of course, as is obligatory, face the imminent possibility of slow death.

The production is anchored by the inevitably great performance of Bryan Cranston, who last year won major awards for his depiction of Dalton Trumbo, who was persecuted in America by agents of the McCarthy regime for suspected Communist activities.  Married to Evelyn (Juliet Aubrey) who is only vaguely aware of the dangerous government job that could cost the life of a father of two, Mazur is paired with Kathy (Diane Kruger), an absolutely gorgeous and captivating blonde, who tells the drug lords and bankers that they are to be married and who invite them to their upcoming wedding. (The attendance by these criminals at the nuptials will turn out their biggest mistake.)  The daring duo are not universally disgusted by their foes.  They particularly enjoy the company of Roberto Alcaino (Benjamin Bratt), a drug lord who is a chef on the side, who wines and dimes them in his awesome digs unsuspectingly, even giving Kathy a necklace probably worth millions.

So Robert Mazur lives two lives.  One as a former accountant and family man who lives modestly with his family of four, and one with a mansion set up by the customs department including the use of a Rolls Royce.  As Mazur infiltrates the gang, step by step, moving from the lieutenants to the captains and on to the generals like Escobar himself, he plays the role of a man who calls himself the biggest money laundering agent in America, urging the flies soon to be caught in his web to invest in businesses with which he has contacts, such as real estate developments and banks in the U.S., Panama and elsewhere.

Perhaps the most intriguing point in the movie is not the car chase, the shootings, the tough talks by the head of the customs division, but rather the possibility that Mazur has fallen in love with Kathy and is so enamored of Roberto Alcaino that, given the chance to make a thousand times more than he ever could with the government could turn criminal himself.

The film, then, will have you leaving the theater not only with an absorbing story but one which can get confusing (for example, what is the role of the great Olympia Dukakis as Aunt Vicky)?  Every so often in this over two-hour thriller, an unpredictable scene occurs, such as the voodoo ceremony in which Mazur, kneeling beside another man in the same position and listening to a crazed person mumbling strange words before suddenly shooting the other guy to the shock of even the man who has seen everything.  In one scene, Mazur’s briefcase pops open showing the tape recorder inside.  One of the cartel guys, a bisexual who tries to seduce Mazur, is about to expose him.  This is followed immediately by a major surprise.

John Leguizamo, known for work on stage and screen, delivers what is perhaps his most authentic movie performance as Mazur’s right-hand man, one which will have you doubting that he is one of the good guys after all.  “The Infiltrator” will infiltrate your mind, educate you about how even bankers who are considered the most stable and above-board folks, are as dirty as the drug kings.  But again, you’ll still leave the theater disgusted that despite all this good and dangerous work of the customs agents, two trillion dollars is still going into the wash every year. 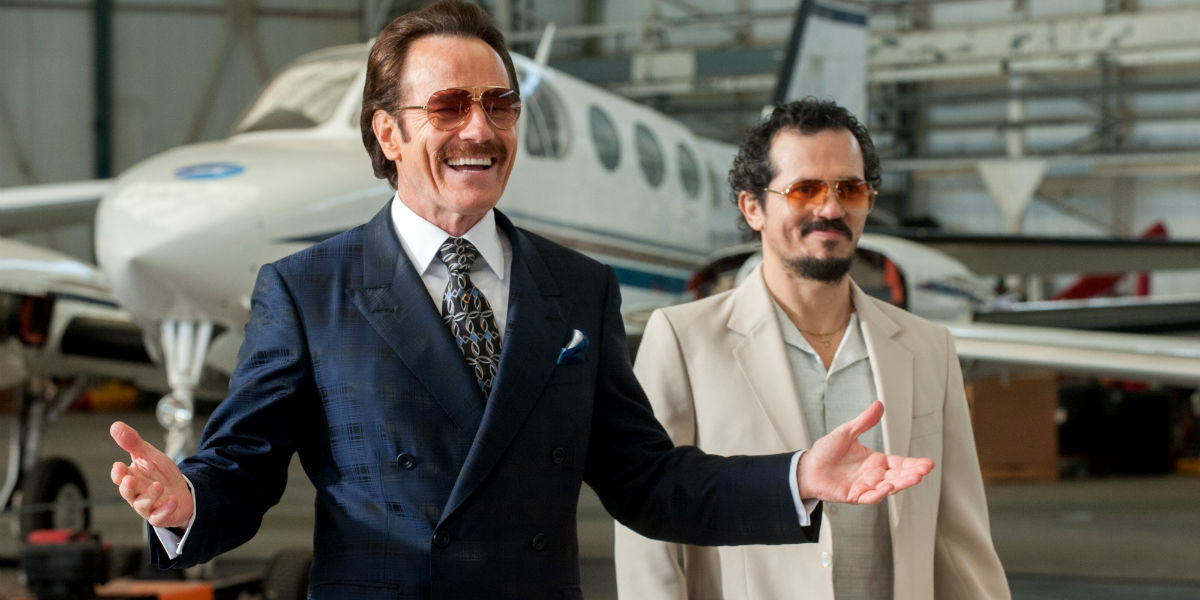