When you think of classic movies about marriage, which like life itself has ups and downs, you think of “Jules and Jim” and “A Man and a Woman.” “My King” may well join those two since it’s the best film I’ve seen in a long time about the fierce forces that erupt during a courtship and a marriage.  It doesn’t hurt that it’s anchored by two of France’s magnificent performers, Emmanuelle Bercot (who won Best Actress at Cannes in 2015), and Vincent Cassel (who went slumming last month as the villain in “Jason Bourne”).  “My King” is ferocious, bringing to mind whose energy reminds one of a lesser movie, Danny De Vito’s “The War of the Roses,” which involved a swinging fight between a man and a woman on a chandelier.  But neither Michael Douglas nor Kathleen Turner, however gripping in that 1989 movie, can begin to match the sheer talent of Bercot and Cassel, whose every move, whether laughing exuberantly or breaking a glass in a justified tantrum, signal sheer chemistry.

Maïwenn, whose “Polisse” focused on the emotional strain of the French police force’s Child Protection Unit—the divorces, the nervous breakdowns the adulteries—clues us in that this talented actress, director and writer would come up with a movie so powerful that it could make romantic couples in the audience choose paradoxically either to remain single or to step right up to the altar with the kind of optimism that says, “I can be like these two and can avoid the pitfalls that brought both to sad, if not tragic, ends.”

Maïwenn, who co-wrote the screenplay with Etienne Comar (“Of Gods and Men”), often lets the two principals go at each other in a series of rapid-fire improvisations, particularly when they banter back and forth, quickly answering each other’s arguments by evoking others, all to no good end.  She frames the action in a rehabilitation center, which, through the generous Bernie-Sanders-style social benefits allows temporarily disabled French people to live on the grounds or a physical therapy center and work its magic through exercises in the pool and in the gym.

Tony (Emmanuelle Bercot) shows up in a prologue, about to ski down a hill at a resort.  We don’t see the accident but we watch her, looking sad, now ten years post-meeting Georgio (Vincent Cassel).  The psychologist on duty reminds her that she may have been attempting suicide, consciously or otherwise.  This is especially true when the knee is the part of the body that’s torn.  Flashbacks and flash-forwards ensue.

When you watch the ecstasy of the two in a large number of diverse scenes—in a pharmacy, in a trendy restaurant, in their living quarters as they mate with passion so great, so needful of immediate expression, that Giorgio dismisses the employees in his restaurant early to get it on with Tony on the metal table.

Initially, Giorgio meets Tony some time after they once had a one-night stand. They circle each other with the flirtatiousness of teenagers.  They are opposites in some ways.  He is extroverted, charismatic; she, a criminal lawyer, is fragile and insecure resulting from a divorce.  Her brother, Solal (Louis Garrel), sees right away that they should have ended their meeting with, at best, another one-night stand, and predicts that however joyful they are, they will eventually destroy each other.

Maybe the story itself is old hat, since after all, life has only a few basic stories to tell.  What’s here?  Courtship, pregnancy, marriage, adultery. Unfortunately for the bond between Georgio and Tony, Georgio retains a thing for a previous girlfriend, Agnès (Chrystèle Saint Louis Augustin) a model he dated, who is now suicidal.  Several times during the course of the ten years’ relationship of Georgio and Tony, they could conceivably cause an audience, perhaps wiser than they, to shout at the screen, “He’s not for you!  Give him up fast!”  You could say that for many a movie about love and marriage, but you won’t find another pair of actors who could knock you off the edge of your seat with their performance in this story.

It has been said that the very aspects of someone that draws you to him are the same factors that will cause a split.  In this case, she is drawn by his charisma.  But so are other women, and that’s the rub.  Yet despite Georgio’s adulterous events (he rents a separate apartment down the block with the excuse “When we get into each other’s faces, we can take a time-out”), one suspects that a woman who had been relatively stable before meeting him becomes fascinated with a man who makes her laugh—and scream during sex.  But Georgio has some skeletons in his closet that would tear apart the marriage even if he were loyal exclusively to Tony 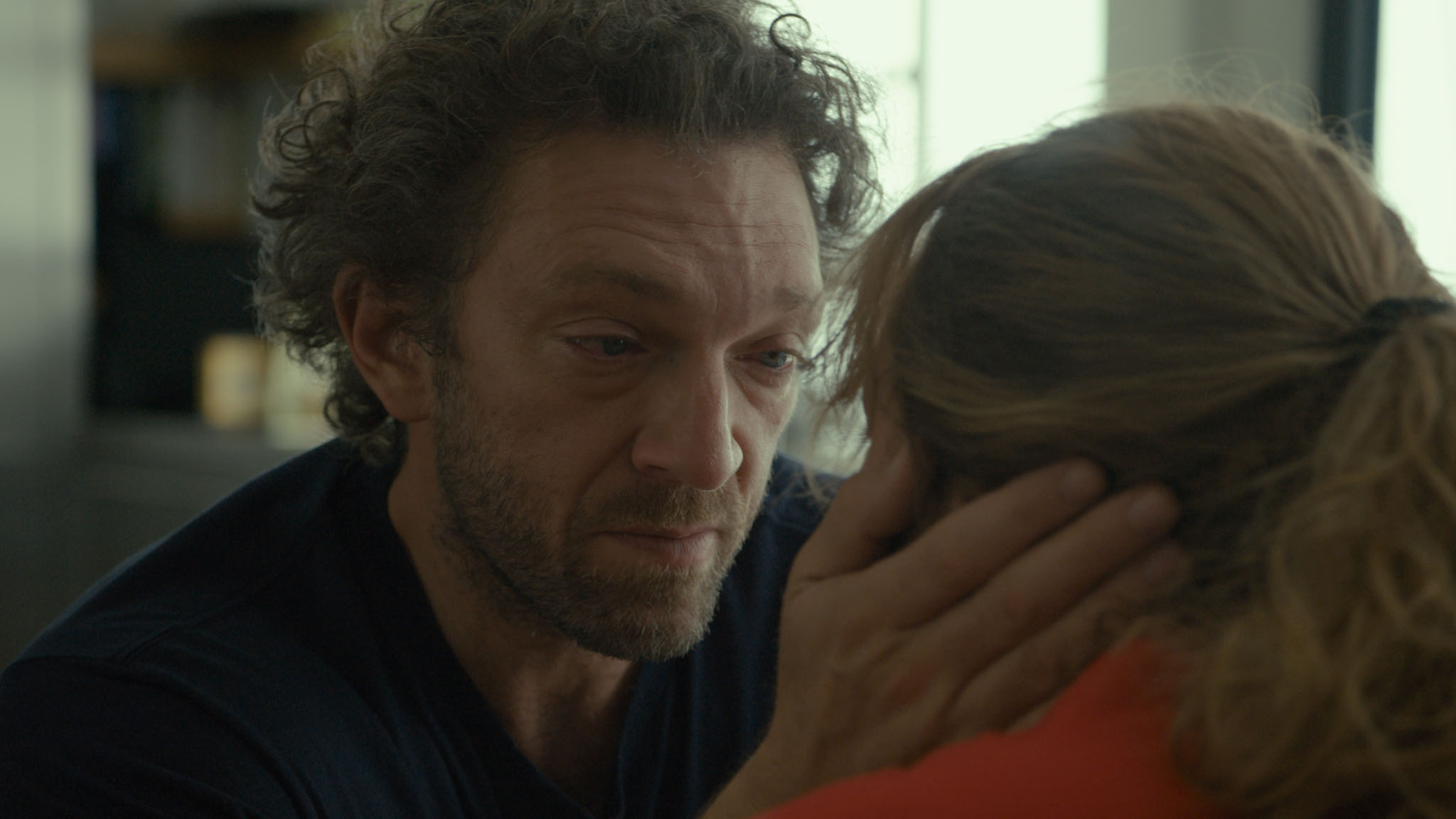