Based on the novel by Amoz Oz, ‘A Tale of Love And Darkness’ marks  the first film written, directed and starring Academy Award actress Natalie Portman.

The story retraces Oz’s memories growing up in Jerusalem, with his academic father Arieh and his dreamy and imaginative mother Fania, during the years before the Israeli statehood. They were one of many Jewish families who moved to Palestine, from Europe, during the 1930s and 40s, to escape persecution.

Fania’s delusion becomes a prominent protagonist in the coming-of-age of the young boy, who one day will become an exceptional writer. The terror of the war and running from home were followed by the tedium of everyday life, which weighed heavily on Fania’s spirit. Unhappy in her marriage and intellectually stifled, she would make up stories of adventures to perk herself up and entertain her 10-year-old son Amos. He became so enraptured when she read him poetry and explained about words and language; it would become an influence on his vocation of storytelling for the rest of his life.

The narrative offers plenty of material to create an engaging socio-political story. Portman, besides conveying great sensitivity to her performance of Fania’s fatal form of depression, does a remarkable job as writer and director. The script adapts with great heart the original novel and the visual effect shows great mastery.

The cinematography by Slawomir Idziak, in line with Portman’s desire, paints the film with a very diverse palette, according to the circumstances, that range from sepia to pastel. At times colors are drained out. There is a prevalence of green and blue and a strong presence of black too. The result is that the film is realistic and at the same time dreary; the outcome is a striking  fictionalised documentary.

Just as enticing is the production design by Arad Sawat, along with the way Portman has given a predominant role to language. The film, entirely performed in Hebrew, gives a poetic analysis to etymology. A powerful allegory, that epitomises the role of language and defines the country’s history, is used by Arieh, as he explains to his son how the word earth is connected to man, blood and silence.

Natalie Portman proves to have great talent behind the camera, as she brings to the silver screen a moving tale about the birth of a writer, who fills with words and stories the void left by the woman who provided him with the tools along the way: his mother. 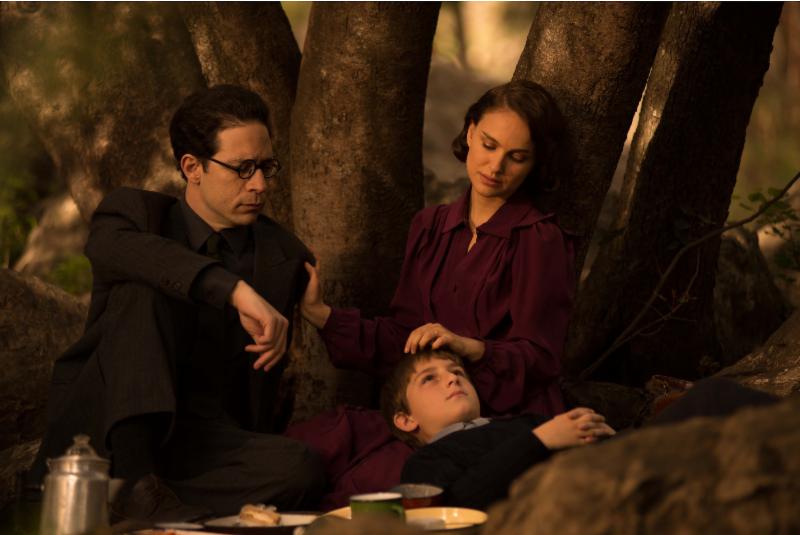