In recent years Argentinian cinema has proved to have a sophisticated take on dark comedies. ‘Relatos Salvajes’ (Wild Tales) was an anthology of cathartic politically incorrect stories. Now, is the turn of director duo Gastón Duprat & Mariano Cohn. The directors expose various contemporary debates through the gallows humour of ‘El Ciudadano Ilustre’ (The Distinguished Citizen).

Daniel Mantovani is an Argentine writer who has lived in Europe for almost forty years, and is worldwide renowned for having been awarded with the Nobel Prize in Literature. His novels are characterized by the fact that they portray with mastery and merciless harshness the life in Salas, a small village in Argentina where he was born and from where he has left never to come back.

Among the bountiful correspondence he receives daily, there is a letter from the municipality of Salas inviting him to receive the maximum recognition awarded by the village: the Distinguished Citizen medal. Surprisingly, and in spite of his important obligations and commitments, Daniel decides to accept the proposal and return incognito to Salas. The journey will have multiple edges for “El Ciudadano Ilustre.” It will be the triumphant return to the village where he was born, a trip back to the past where he will meet with old friends, old loves and the landscapes of his youth, but most of all, it will be an expedition to the heart of his own literature.

Oscar Martínez delivers a performance worthy of the Coppa Volpi (given to the best performance at the Venice Film Festival, where ‘El Ciudadano Ilustre’ is competing for the Golden Lion). He is even-tempered to any kind of provocation, but is also ferocious in his poised mode of criticism. For this cosmopolitan writer, his hometown’s quiet lifestyle and its exaltation of the local customs imply a society that rejects any idea of progress. Added to this conflict is the sort of open wound present in Argentina’s pride, for being a country with great writers but without any Nobel Prize winners in literature. [This issue seems to wink at Jorge Luis Borges – the greatest Argentinian poet and writer who was never awarded the Nobel Prize in Literature, something which continually distressed the writer].

Daniel Mantovani embodies the pride for his home town of having an internationally recognized figure, as well as the rising denial that will reveal itself in the citizens. Fascination will shift to contempt, epitomising the concept that “no man is a prophet in his own land”. 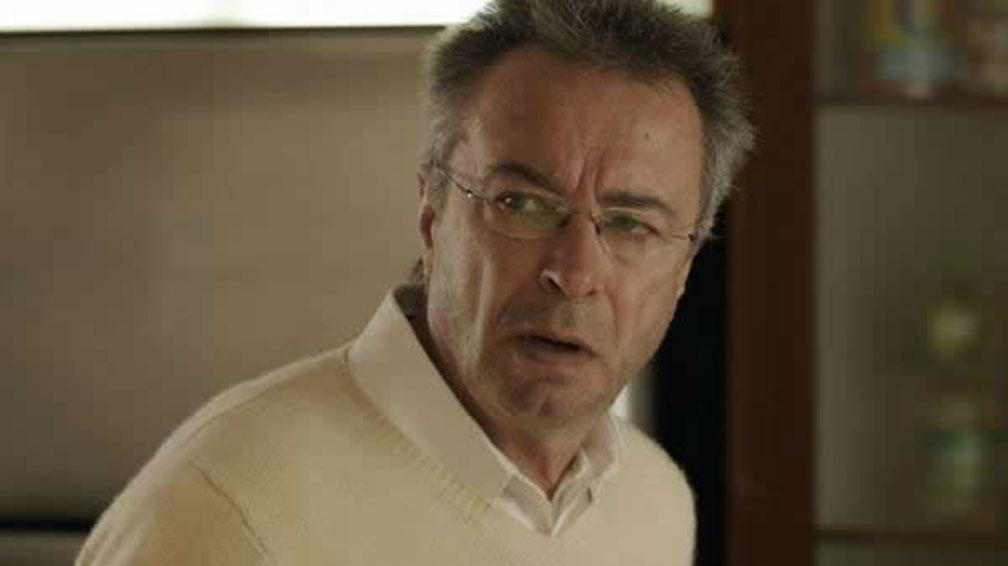