In Italian “Piuma” mean feather. Roan Johnson’s latest film tries to grasp the difficulties of millennials in confronting parenthood, as they aspire to bequeath “lightheartedness” to their children.

The comedy alternates grotesque irony and schmaltzy sensationalism, by telling the story of Ferro (Luigi Fedele) and Cate (Blu Yoshimi Di Martino), two teenagers who grew up in different families, but face the same problems. Between hesitation and leaps of faith, acceptance of responsibility and hotheadedness, the two protagonists will spend the nine most exciting and complicated months of their lives, figuring out their upcoming role as parents.

‘Piuma’ arrives during an Italian historical period distinguished by “Family Day” ? with hundreds of thousands of people rallying in Rome to protest against legal recognition of non married heterosexual and homosexual couples ? and “Fertility Day” ? that promotes family planning in such a way that some compared it to the childrearing approach of dictator Benito Mussolini, treating women as baby-making machines.

Along these lines director Roan Johnson seems to nurture the idea that a couple of reckless teenagers can face the problematics of parenthood, despite all the odds may seem against them. Their respective families border on the ridiculous and the only responsible character ? Ferro’s father ? is portrayed as pedantic. The film never ceases to acquiesce the two superficial protagonists and the saccharine finale is the straw that breaks the camel’s back.

‘Piuma’ juxtaposes the generation of the economic boom, with the net generation afflicted by the financial crisis. As a quote sums up: “we’ve shifted from class struggle to generation gap.” However the excess of misfit characters nullifies the effectiveness of this analysis.

‘Juno’ proved to be a more audacious film in depicting an independent-minded teenager confronting an unplanned pregnancy and the subsequent events that put pressures of adult life onto her. 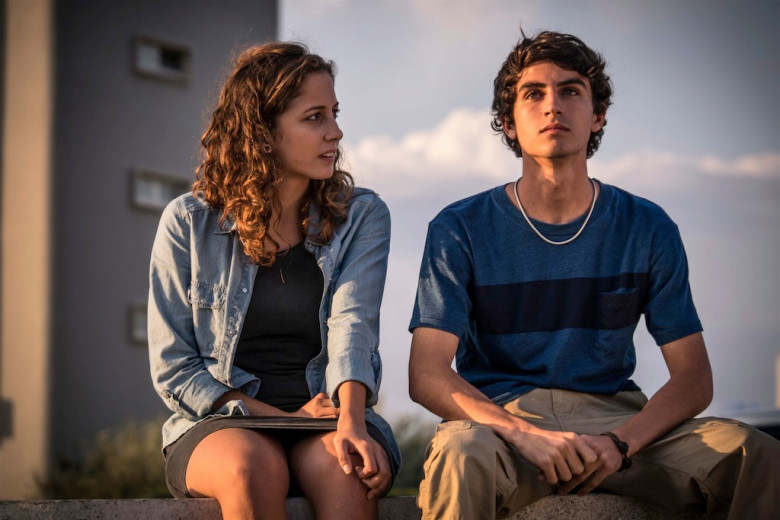