This past Friday, at the Egyptian theatre in Los Angeles, Nicolas Cage and other actors from the latest Paul Schrader film “Dog Eat Dog” walked the red carpet to celebrate the world premiere. Those that joined Cage and Schrader on the red carpet were, Christopher Matthew Cook, Weston Cage, John Patrick Jordan, Magi Avilia, Tora Kim, and many others. We had the opportunity of getting to hear what the actors had to say about Schrader and the Dog Eat Dog film. 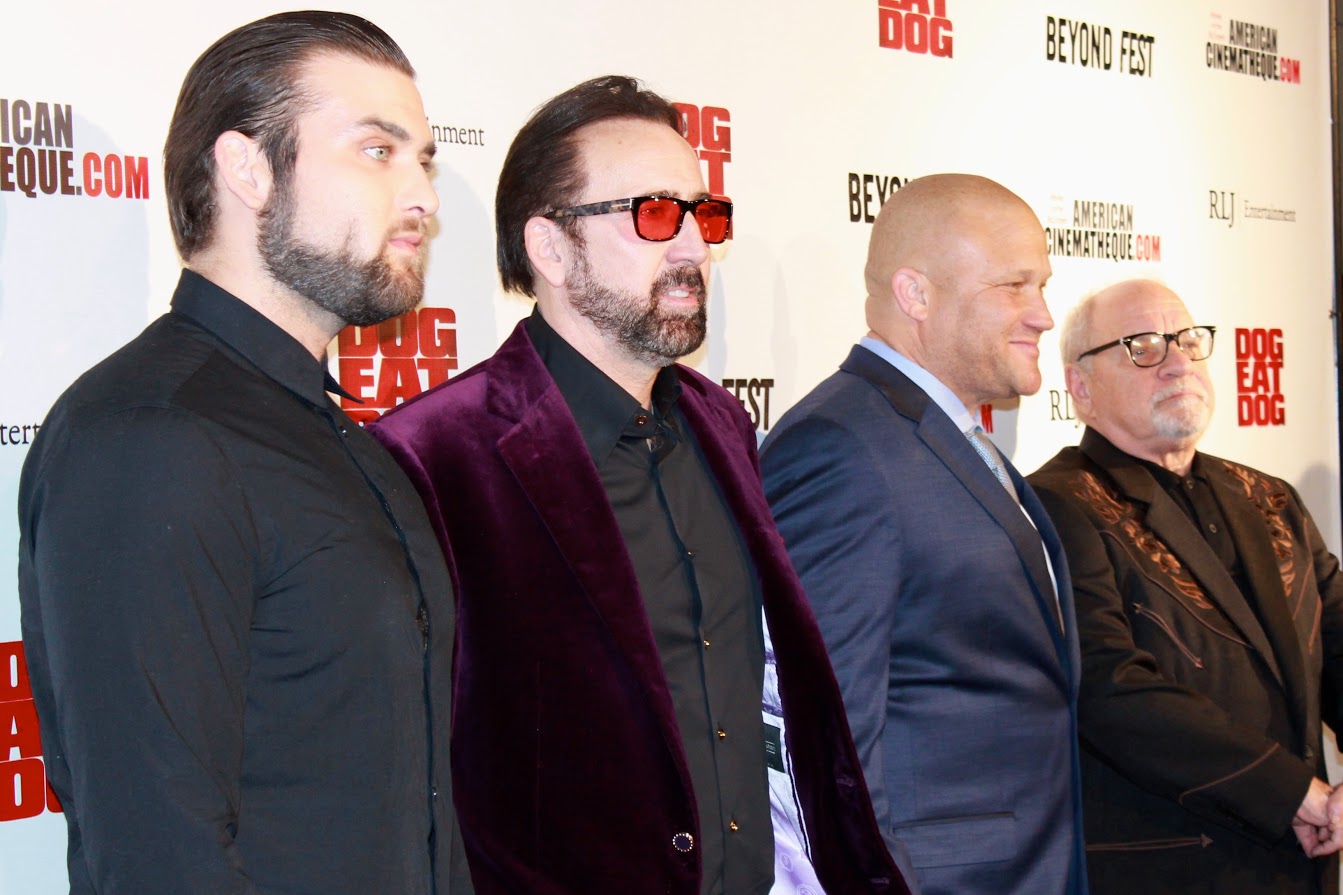 Nicolas Cage and Paul Schrader were previously working on the film Dying of the Light which didn’t end up turning out exactly how Schrader or Cage wanted it to. This film, Dog Eat Dog, was that sense of redemption at getting a chance to make a great film together.

When asked about Paul Shrader’s directing style, Nicolas Cage remarked “He’s a great director to work for and great with actors” he continued, “He comes from a school if it isn’t broken, don’t fix it. So many directors tend to micromanage performers and shut them down. Paul doesn’t do that. He gives you confidence and he frees you, so you can do almost anything.” 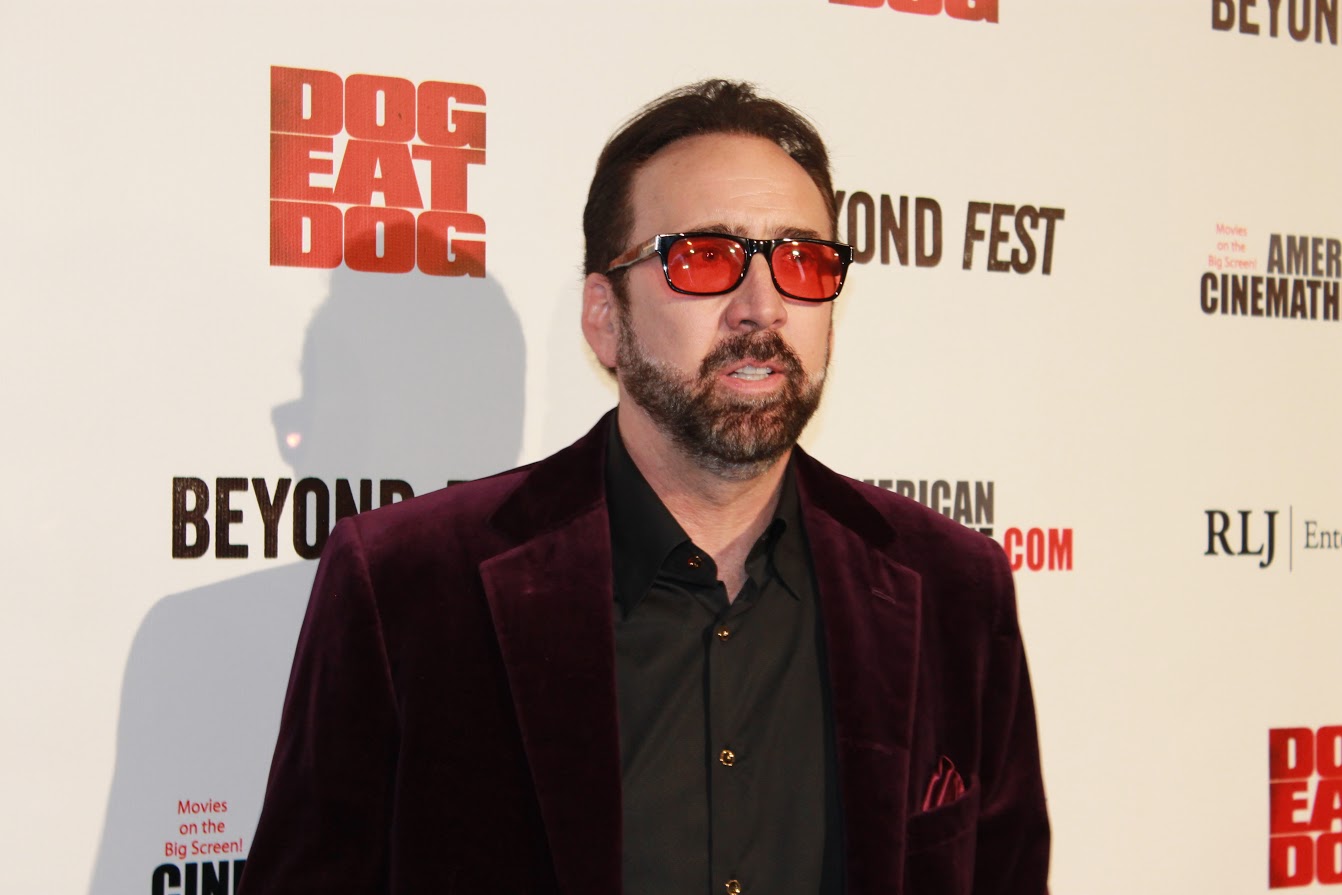 In addition to what Nicolas had to say about Paul Schrader, his son also had some kind words to shed on the topic. “Everything he’s done, everything he puts his hands on is spectacular and that of course Dying of the Lights, I have a very very powerful gut feeling this one is going to be incredible as well.”

All the actors that walked the red carpet had nothing but positive remarks to make about Schrader, not to mention he was being honored by American Cinematheque that evening. Nicolas Cage talks about Schrader in relation to him being honored and also how Schrader has impacted Nicolas as an actor in general.

“It’s a big deal. I grew up with Paul. I remember seeing American Gigolo in the theaters before I knew what an Armani suit was and I was just blown away by the performance of Richard Gere and then I discovered Taxi Driver in the 70s. He really revolutionized cinema” continues, “He doesn’t pull any punches and isn’t afraid to be himself and that’s what I like to be. It’s always fraught with a little bit of danger, a little bit of risk, but in the end it’ll be something original.”

When asked about working with his co-star Willem Dafoe, he commented “Willem is someone I revere, I’ve had the pleasure of working with Willem in Wild at Heart and it’s been that long since we were reunited. But I’ve always been a fan and I watch anything he does and so to be with him again in Dog Eat Dog was like well we’re all going to bring out best, because he’s as good as it gets.” 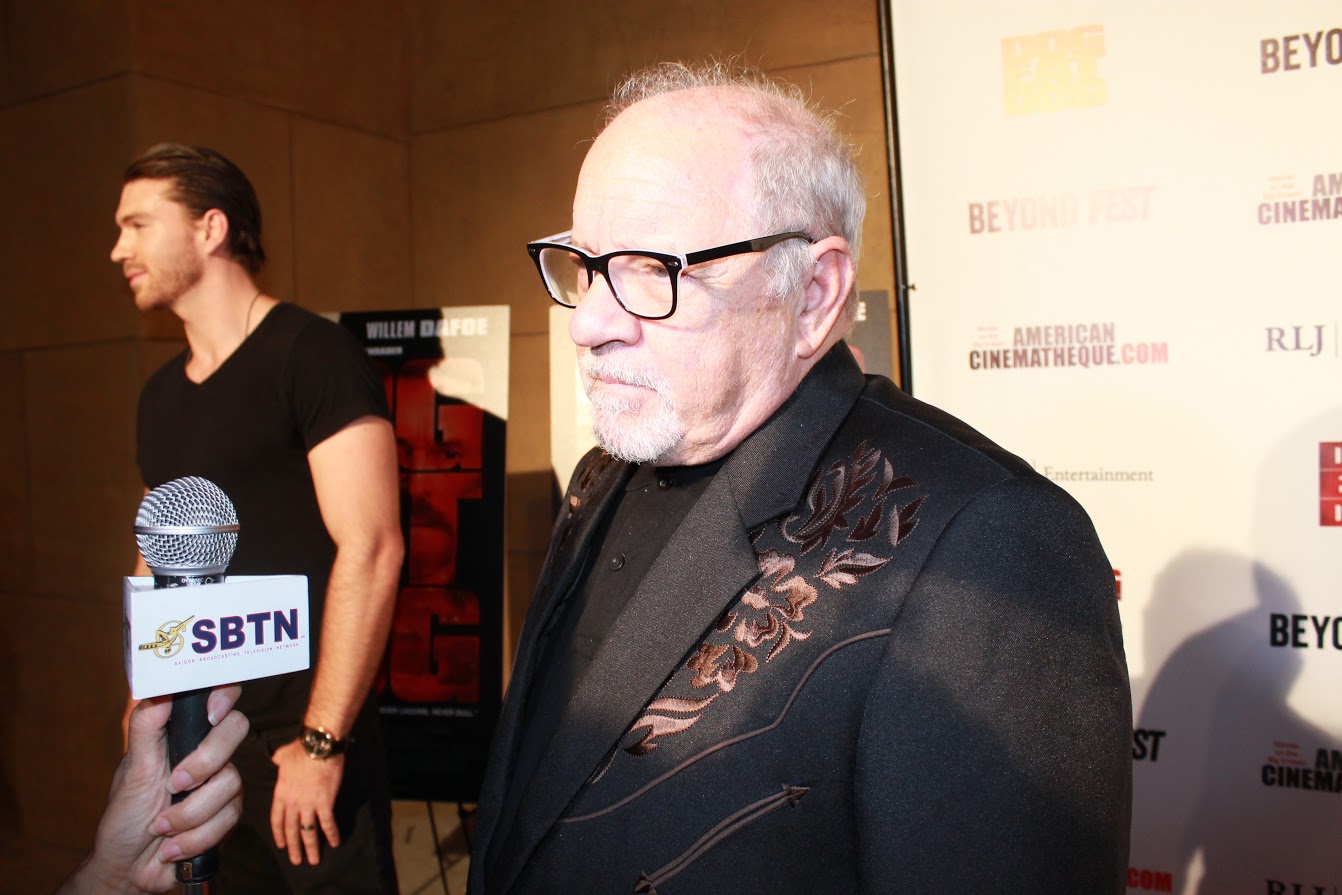 There was a lot of positivity radiating from the red carpet that evening. Many of the actors that we were able to hear form were excited to show off the hard work they and Schrader had been working on for so long. Stay tuned to Shockya for more news on “Dog Eat Dog”.