If you did not know that “Aquarius” was made before Donald Trump’s campaign heated up, you might swear that the film is a thinly veiled satire aimed at the Republican nominee.  In 1986, after a five-year struggle to avoid eviction, tenants of a 15-story building on New York’s Central Park South owned by Trump won the right to stay in their rent-controlled and rent-stabilized apartments.  The tenants are able to remain because Trump dropped plans to demolish the building at 100 Central Park South in New York.  Gentrification is a two-edged sword.  On the one hand, trashing older buildings to put up modern, especially luxury residences, improves the neighborhood, but on the other, current tenants are either forced to leave or bought out by the developers.

In the latter case, most if not all current tenants in any apartment building will snap up offers if generous enough.  But not Dona Clara (Sônia Braga), who lives in a spacious, comfortable apartment overlooking a beach in the Brazilian port city of Recife. The area is a popular tourist attraction for its white sands and historic sites dating back to Dutch and Portuguese colonization.  In the last of three chapters of “Aquarius,” Clara is a 65-year-old cancer survivor, a retired music critic, and the last person holding out against developers in her building called Aquarius.  “Aquarius” could have been done as a typical, ninety-minute film full of melodrama, presumably with the tenant’s winning over the millionaire developers.  Instead, writer-director Kleber Mendonça Filho, whose angry 2012 film “Neighboring Sounds” treats the lives of tenants in a Brazilian apartment house and security guards hired to safe them safe, wants to show slowly and clearly why one’s personal space is so important.  To do this, he spends a good deal of time—142 minutes in all—to let us absorb all that an apartment means to a woman who has resided there for decades.  At the same time, you cannot help picking up elements of the local culture when you hear several songs in Portuguese and noting that skin color helps if you want to advance.

Sônia Braga defers in the opening chapter to the younger Clara (Bárbara Colen), whose happiness is increased in the presence of friends and family.  At a birthday party for her great-aunt Lucia (Thaia Perez), Lucia receives praise by a pair of youngsters while Lucia daydreams about her own youth, particularly her sexual adventures.  Clara’s husband Adalberto (Daniel Porpino) offers a drink to celebrate Clara’s recovery from breast cancer.

When the older Clara flirts with a Roberval (Irandhir Santos), a lifeguard whom she counts as a good friend, we see her intelligence, her security in her own body, and also some loneliness.  The only enemies she has include Diego (Humberto Carrão), who offers her two million reales ($600,000), which her daughter Ana (Maeve Minkings) thinks is a great deal.   Ana is troubled to think that her mother will live alone in the building, anticipating nefarious activities from the developers to drive her out.  Clara is not a retiree who insists on working some other job to fill up her time.  She is content to be with friends, to listen to her extensive collection of popular LPs, and to take some time to watch symphony concerts on the TV.  This is not the kind of woman who takes kindly to pressure to relocate.

Far more than plot is our fascination with Braga, who delivers what some may consider her best lifetime performance. She is known by cinephiles in the U.S. particularly for her role in Jorge Amando’s “Dona Flor and her Two Husbands” in 1976 at the age of twenty-six.  She is now sixty-six and still beautiful, an opinion expressed by at least two of the men in the story.  Though most of the film avoids melodrama, the fiery confrontation between Clara and two developers emerges during the final half hour, an action fully earned by what had taken place several times during the gentrification process.  Though the camera is on Braga in almost every frame, “Aquarius” features strong ensemble acting but is dreadfully overlong at two hours and twenty-two minutes.  We could have picked up quite enough with a cut of at least a half hour.  One suspects that the length of time exists to give Braga considerable opportunities to compete for awards, even an Oscar. While her nomination is not a shoo-in, it serves to give Braga consideration for Best Actress and the more remote possibility of “Aquarius” to be tapped for Best Foreign Film. 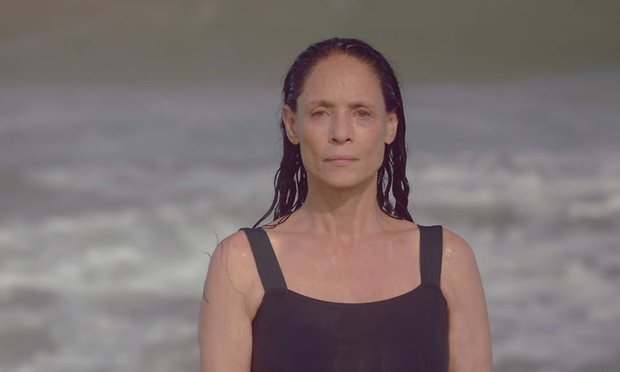