People of Earth centers on skeptical journalist Ozzie Graham (Wyatt Cenac) who investigates a support group to write about the member’s supposed alien encounters. The more he digs into their oddball claims, the more he realizes a semblance of truth to their stories, and possibly signs that point to his own alien abduction.

The onetime outsider now finds himself a part of this electric group of misfits, all the while struggling with the idea of knowing that life could exist beyond our world. Gina Morrison (Ana Gasteyer), a part-time therapist, runs the support group in the community room of Our Lady of Sorrows in the small town of Beacon, renting the space through Father Doug (Oscar Nuñez) Monday, Oct. 31 at 9/8c on TBS. 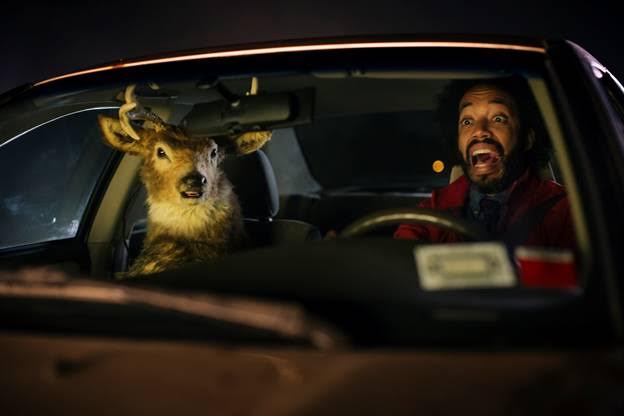