Embracing motherhood is one of the most important events in many women’s lives. But one in five new mothers sadly struggle with postpartum depression and postpartum psychosis after childbirth, and many of the signs are being missed by the public. The all-important health issue is finally being examined in the upcoming feature documentary, ‘When the Bough Breaks,’ which was narrated and executive produced by Brooke Shields. Gravitas Ventures has acquired the distribution rights for the movie, and will release it digitally on iTunes on March 14.

Documentary filmmaker Jaimelyn Lippman wrote and directed ‘When the Bough Breaks.’ The film takes viewers on a journey to find answers and break the silence about postpartum depression. The documentary features stories from Lindsay Gerszt, Carnie Wilson, Tanya Newbould, Chef Aarti Sequeira and Peggy Tanous, among others. Lippman, Gerszt and Newbould also served as producers on the movie.

“‘When the Bough Breaks’ sheds a bright light on the serious issues associated with postpartum depression and postpartum psychosis. I am honored to be a part of this team, that worked so fearlessly to bring awareness to the cause, and seek action for mothers around the world,” Shields revealed while discussing the documentary.

Lippman, who is also the owner of the film’s production company, Point Of View Pictures, stated “With all of the recent lives that have been lost due to infanticide and suicide this is such a timely film. We couldn’t have found a better fit then Gravitas to give this film the attention it needs and deserves.”

The sales manager for Gravitas Ventures, Anna Roberts, also shared her happiness that ‘When the Bough Breaks’ is being released. She stated, “PPD is such an uncovered subject in documentary format, and Gravitas feels Jaimelyn did a phenomenal job bringing it to light. We are excited to share such a compelling documentary with hundreds of millions of homes worldwide through all of our partners worldwide.”

Check out the theatrical poster for ‘When the Bough Breaks’ below. 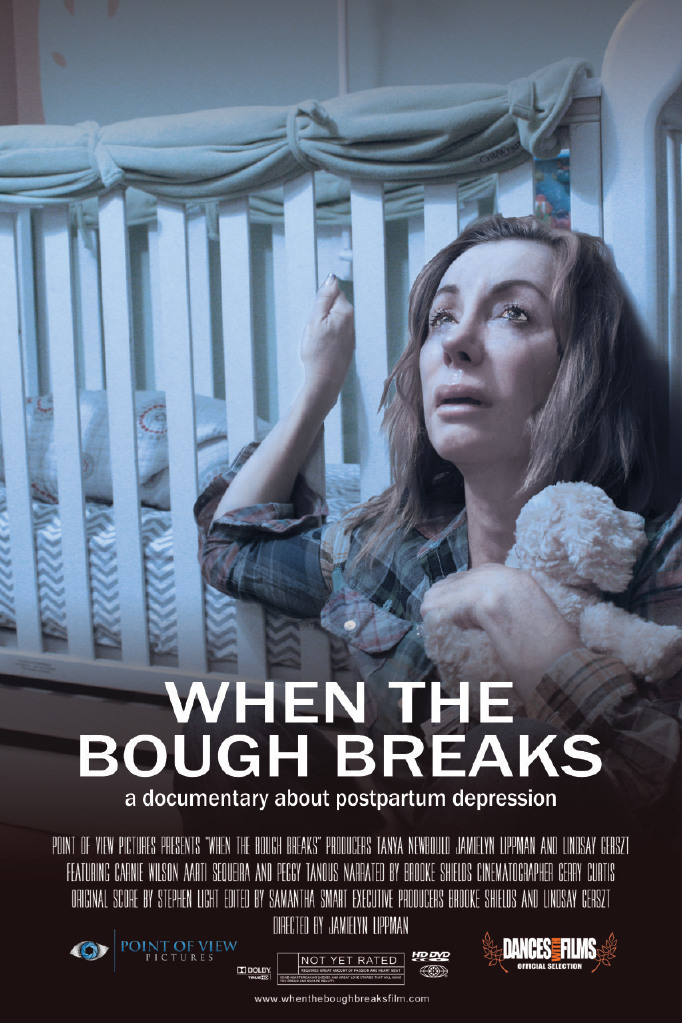