The Scientology Church lucked out when Tom Cruise took up membership, but Cruise’s wife, Katie Holmes, was not too excited when church members moved into their Los Angeles home to cater to the actor’s every whim.  They split, with Holmes worrying that she could wind up like Nicole Kidman, with a daughter whom Scientology turned against her. While neither Katie Holmes nor her child Suri is mentioned in John Dower’s documentary, the unusual satiric bent of the movie comes primarily out of the dialogues between co-writer Louis Theroux—whose script for the film makes Theroux and not director Dower the real heavy—and Marty Rathbun.

“My Scientology Movie,” which bears a title that projects its farcical nature, is the second attempt to scorch what rational people consider an almost insane cult passing for a religion.  Alex Gibney’s “Going Clear,” which hit the theaters in March 2015, proved a chilling exposure of the cult.  Dower’s film is different, though it uncovers not a great deal more than Gibney, in is its entertainment value.  Eschewing the deadening talking-heads stereotype that keeps rank-and-file audiences away from the multiplex whenever a documentary is shown, Theroux has actors re-enact scenes based on the testimony of Mark “Marty” Rathbun, formerly a number two officer of the rich and surprisingly tax-exempt “religion.”  There’s an awful lot of energy toward the conclusion in the illustration of what goes on in the “Hole,” a claustrophobic room in which CEO David Miscavige (Andrew Perez) gives hell to the assemblage of live-in members, cursing up a storm, forcing some to crawl on the floor, breaking signs, and roughing up the people.  Allegedly these members had no alternative other than to take this guff since they had little idea how the real, outside world works and would not know even how to open a bank account.

Another bizarre scenes takes place when Theroux interviews Rathbun in a hotel room and a bikini-clad woman (Paz de la Huerta) appears with a demand that they stop filming.  She also advises them that she’s an actress.  Yet most of the humor occurs when Rathbun and Theroux and a small film crew arrive at a public road that Scientology claims to own: a man operating as a security guard picks up his own movie camera to film Theroux while Theroux is filming him.  We learn that the suits at Scientology are planning their own documentary: about Louis Theroux.

I wish that Theroux would give his thoughts on why people, particularly in L.A., would join such a “church,” though some think it’s because young people who visit Hollywood with the aim of becoming actors are almost inevitably disappointed, and this regret leads them into such a group. If so, why Tom Cruise?  And why would the executives be so threatened by Theroux?  Are they as thin-skinned as our President Trump, who has stated that Saturday Night Live is “not funny?”  A better policy would have been to welcome the satirists into the church to show that it’s just another regular religion for people who did not find peace in the conventional faiths.  But then, there would be no “My Scientology Movie.” 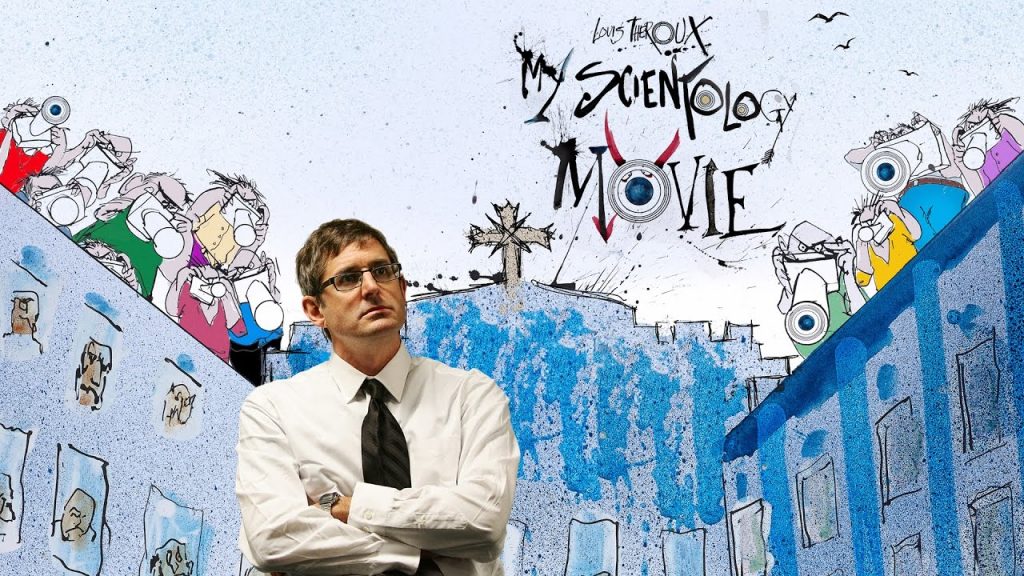 Cancel reply
Get Out Movie Review 2
The Settlers Review: Riveting commentary, both fierce and simply exploratory
To Top