The Criterion Collection Adds Straw Dogs, The Lodger, and The Marseille Trilogy For June 2017 #Criterion 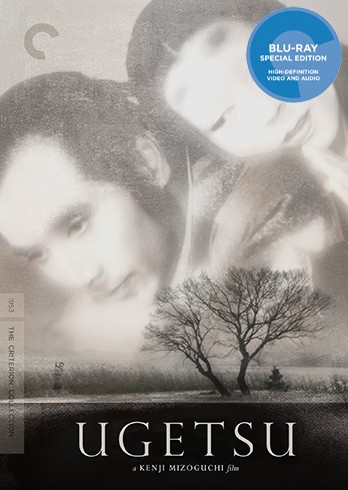 Having refined his craft in the silent era, Kenji Mizoguchi was an elder statesman of Japanese cinema-fiercely revered by Akira Kurosawa and other younger directors-by the time he made Ugetsu. And with this exquisite ghost story, a fatalistic wartime tragedy derived from stories by Akinari Ueda and Guy de Maupassant, he created a touchstone of his art, his long takes and sweeping camera guiding the viewer through a delirious narrative about two villagers whose pursuit of fame and fortune leads them far astray from their loyal wives. Moving between the terrestrial and the otherworldly, Ugetsu reveals essential truths about the ravages of war, the plight of women, and the pride of men. 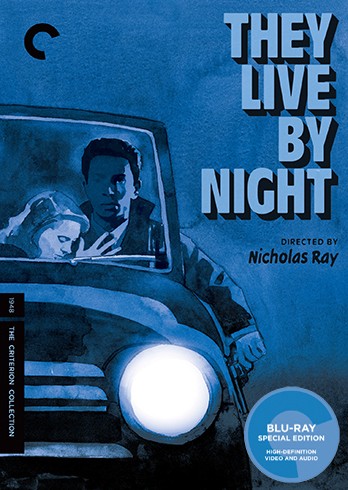 THEY LIVE BY NIGHT

Legendary director Nicholas Ray began his career with this lyrical film noir, the first in a series of existential genre films overflowing with sympathy for America’s outcasts and underdogs. When the wide-eyed fugitive Bowie (Farley Granger), having broken out of prison with some bank robbers, meets the innocent Keechie (Cathy O’Donnell), each recognizes something in the other that no one else ever has. The young lovers envision a new, decent life together, but as they flee the cops and contend with Bowie’s fellow outlaws, who aren’t about to let him go straight, they realize there’s nowhere left to run. Ray brought an outsider’s sensibility honed in the theater to this debut, using revolutionary camera techniques and naturalistic performances to craft a profoundly romantic crime drama that paved the way for decades of lovers-on-the-run thrillers to come. 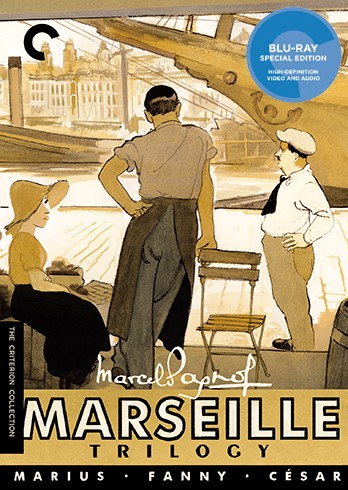 In the 1930s, Marcel Pagnol, a leading light of the Paris theater, set out for new horizons as a filmmaker in his native Provence. His early masterpieces Marius, Fanny, and César mix theatrical stagecraft with realistic location photography to create an epic love story from the fabric of everyday life. Gruff, sentimental César (music-hall star Raimu) owns a waterfront bar in the old port of Marseille, where his son, Marius (Pierre Fresnay), wipes down tables and dreams of a life at sea. The prosperous, middle-aged sailmaker Panisse (Fernand Charpin), wanting to wed Marius’s sweetheart, Fanny (Orane Demazis), sets up a generation-spanning romantic triangle, the story of which unfolds in a series of fateful twists in the films of The Marseille Trilogy, which first earned Pagnol his place in cinema history. “If Pagnol is not the greatest auteur of the sound film,” critic André Bazin wrote, “he is in any case something akin to its genius.”

MARIUS
Adapting his hit play Marius for the screen two years after its stage premiere, Marcel Pagnol turned his inimitable creative energies to the new medium of sound cinema, in a felicitous collaboration with the Hungarian-born director Alexander Korda, soon to be a leading light of British filmmaking. Young Marius and Fanny begin to recognize that their lifelong friendship has blossomed into romance, but their hopes of marriage are left unrealized when Marius cannot overcome his longing to go to sea, against the wishes of his adoring father, César, but with Fanny’s selfless encouragement. Pagnol and Korda bring a keening lyricism to this tale of lovers torn between devotion and the restless urge for adventure, a conflict that begins to shape their destinies in ways they could never predict.

The delicate romanticism of The Marseille Trilogy’s opening installment encounters harsh reality in this sequel, which picks up moments after Marius has left his would-be wife, Fanny, for a sailor’s existence. Soon after his departure, Fanny learns that she is pregnant with his child, to the disappointment of her mother and of Marius’s father, César. To secure a better life for her unborn child, she accepts a marriage proposal from the aging widower Honoré Panisse. By turns moving and disarmingly funny, this portrait of heartbreak and its aftermath is buoyed by Pagnol’s openheartedness toward his characters, and by director Marc Allégret’s vivid and assured depiction of colorful Marseille.

In the final chapter of The Marseille Trilogy, Marcel Pagnol returns his compassionate gaze to his weathered characters as they discover the possibility of reconciliation and the durability of love. Leaping forward twenty years, the trilogy continues with the death of Fanny’s husband, Panisse, and the discovery of her secret by her son, Césariot. The young man resolves to track down his biological father, Marius, whose life has been fraught with calamity and poverty. The only film in the trilogy written expressly for the screen and directed by Pagnol, César resolves the protagonists’ star-crossed destinies with the garrulous wit and understated naturalism that have made this epic love story a landmark of humanist filmmaking. 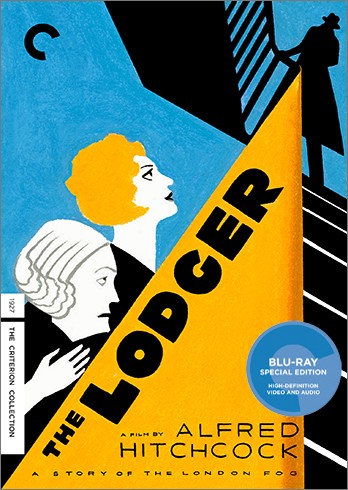 THE LODGER: A STORY OF THE LONDON FOG

With his third feature film, The Lodger: A Story of the London Fog, Alfred Hitchcock took a major step toward greatness and made what he would come to consider his true directorial debut. This haunting silent thriller tells the tale of a mysterious young man (matinee idol Ivor Novello) who takes up residence at a London boardinghouse, just as a killer who preys on blonde women, known as the Avenger, descends upon the city. The film is animated by the palpable energy of a young stylist at play, decisively establishing the director’s formal and thematic obsessions. In this edition, The Lodger is accompanied by Downhill, another 1927 silent exploration of Hitchcock’s “wrong man” trope, also headlined by Novello-making for a double feature that reveals the great master of the macabre as he was just coming into his own. 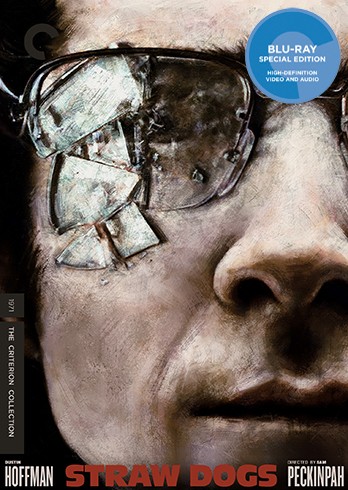 In this thriller, arguably Sam Peckinpah’s most controversial film, David (Dustin Hoffman), a young American mathematician, moves with his English wife, Amy (Susan George), to the village where she grew up. Their sense of safety unravels as the local men David has hired to repair their house prove more interested in leering at Amy and intimidating David, beginning an agonizing initiation into the iron laws of violent masculinity that govern Peckinpah’s world. Working outside the U.S. for the first time, the filmmaker airlifts the ruthlessness of the western frontier into Cornwall in Straw Dogs, pushing his characters to their breaking points as the men brutalize Amy and David discovers how far he’ll go to protect his home-culminating in a harrowing climax that lays out this cinematic mastermind’s eloquent and bloody vision of humanity.

SPECIAL EDITION FEATURES
* New, restored 4K digital transfer, with uncompressed monaural soundtrack on the Blu-ray
* Audio commentary from 2003 by Stephen Prince, author of Savage Cinema: Sam Peckinpah and the Rise of Ultraviolent Movies
* Mantrap: “Straw Dogs”-The Final Cut, a 2003 documentary about the making of the film, featuring cast and crew
* Sam Peckinpah: Man of Iron, a 1993 documentary about the director featuring actors Kris Kristofferson, Jason Robards, Ali MacGraw, and many others
* New conversation between film critic Michael Sragow and filmmaker Roger Spottiswoode, who worked as one of the editors on the film
* New interview with film scholar Linda Williams about the controversies surrounding the film
* Archival interviews with actor Susan George, producer Daniel Melnick, and Peckinpah biographer Garner Simmons
* Behind-the-scenes footage
* TV spots and trailers
* PLUS: An essay by scholar and critic Joshua Clover