Living life on the daring edge is a treasured existence for some bold and courageous people. That’s certainly the case for veteran demolition derby driver, Chuck Rush, and his wife of almost 20 years, Carmen, who married at the Orlando Speedway in the fall of 1997. Their wedding, which was held during an intermission between the races, in which the couple competed in separate events, is highlighted in Shockya’s new exclusive clip for the upcoming documentary, ‘Smash: Motorized Mayhem.’

The couple, who married in their driver uniforms, are just two of the fearless drives who are in featured in the film, which XLrator Media is set to release on VOD and iTunes this Tuesday, March 21. In addition to Rush and his wife, the movie also features Don Nerone, Ben Craft and Butch Pierce. ‘Smash: Motorized Mayhem’ was directed and produced by first-time feature filmmaker, Kevin J. Burroughs.

In rural Florida, blue-collar folks gather to witness a bi-annual wild event, Figure-8 School Bus Racing! Nineteen full-size school buses pack a puny 3/8-mile figure-8 track and race 20 harrowing laps to crown a victor. It features four men whose passion to entertain and to win are at the heart of this race. 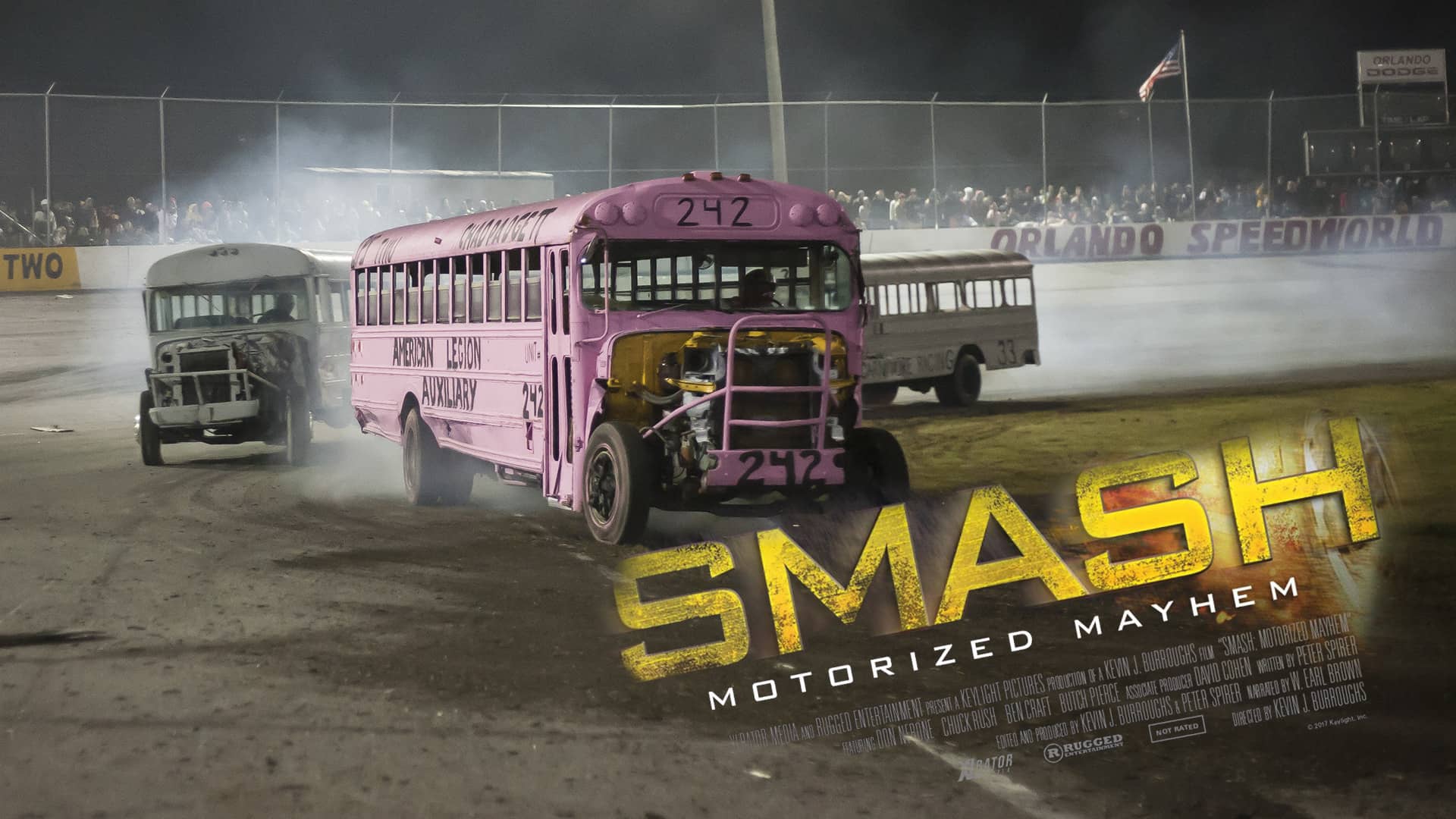