It’s quite clear why a nuanced filmmaker and singer-songwriter like Emma Franz offers the most insightful observation in such a renowned guitarist as Bill Frisell. In her latest documentary, ‘Bill Frisell: A Portrait,’ the director thoroughly explores the film’s title composer and bandleader’s work ethic and musical approach. The stunning character portrait of one of America’s anti-archetype guitar heroes powerfully highlights why he has become one of the country’s most important musicians. Through captivating live performances and interviews with his friends, as a fellow musician Franz effortlessly shows why the movie’s subject has become so in demand by his colleagues in many different genres.

‘Bill Frisell: A Portrait‘ traces the ideas and processes that have shaped the Grammy Award-wining guitarist’s music, and provides rare insight into the mind and personality of one of the significant composers and bandleaders of recent decades. Full of intimate access to the normally reclusive Frisell, various collaborations are followed from development to fruition, including the last ever performance of the Paul Motian Trio with Frisell and Joe Lovano. The documentary also features performances and interviews with the musician’s colleagues, including Bonnie Raitt, Hal Willner, Paul Simon, Nels Cline, Joey Baron, Jim Hall, Jason Moran, Mike Gibbs, John Zorn, Jack DeJohnette, Ron Carter and John Abercrombi. Franz, who wrote, directed, produced, shot and edited the movie, visited various locations across the US and Europe, and spent time with Frisell and his family in his home in Seattle over a five-year period.

The film had its World Premiere during the Documentary Feature Competition Section at this month’s SXSW. Of the nearly 1,000 feature documentary submissions for this year’s festival, ‘Bill Frisell: A Portrait’ was one of ten films chosen for competition that programmers described as finding intimacy and insight in finely crafted stories that are at once universal, personal and revelatory.

Franz is the only Australian filmmaker to have had two films invited to screen at SXSW. Her first film, ‘Intangible Asset Number 82,’ which is also a music feature, screened at the festival in 2009 to great acclaim. It was while Franz was in Austin for the premiere of her previous documentary that she went to see one of Frisell’s performances, and became inspired to make ‘Bill Frisell: A Portrait.’ Franz had been a long-time admirer of the bandleader’s work before deciding to chronicle his life in a movie.

A couple of days after the movie debuted at the Austin-based festival, Franz generously took the time to sit down down for an exclusive interview at the Hilton Austin Hotel to talk about shooting ‘Bill Frisell: A Portrait.’ Among other things, the filmmaker discussed how her work as a musician interested her in making films that show some of the aesthetic ideas behind music practice, and that she chose to make a documentary about Frisell because she admires his music. She also mentioned that she appreciates how audiences at SXSW embraced a movie that serves as a character study into the guitarist’s life.

ShockYa (SY): You directed the new documentary, ‘Bill Frisell: A Portrait,’ which showcases the life of the title renowned Grammy Award-winning jazz guitarist, bandleader and composer, Bill Frisell. Why were you interested in helming a film that chronicles the musician’s life and career?

Emma Franz (EF): I used to work as a musician, so I’m really interested in making music films that show some of the aesthetic ideas behind music practice. I also like showing the approach, attitudes and concepts, because you don’t see that often in music films.

So when I was listening to Bill at one of his concerts, I was already an admirer of his music. So it hit me like a bolt of lightening that his music resonated with me so much. He’s also a gentle character, which appeals to me. So I thought he would be the perfect character to go one one of those aesthetic explorations with in a film.

SY: Once you decided to make the documentary, what kind of research did you do into Bill’s life?

EF: For me, the filmmaking is the research. I don’t want to repeat what I can read online or in books; I’m looking for what I can find and bring out. (The documentary) was never intended to be a biography, so I didn’t feel as though I needed to do all of that. I was more interested in showing his ideas, attitude, approach and personality.

So the research was just spending hundreds of hours with him, so I could get to know who he is and how he works. I also wanted to get to know what his ideas and values are, and then bring that into a cohesive narrative of ideas.

SY: In addition to serving as the helmer, you also served as the editor on ‘Bill Frisell: A Portrait.’ How did your your duties as the director on the film influence your editing approach during post-production?

EF: Editing is such a layered process. During the editing process, what I pulled out of the materials were the elements that really interested me. Those elements were trying to show his personality, and how giving he is with other people, which is how his music is, too. He doesn’t try to take all of the attention; he’s always conscious of how to show the elements of everyone else who’s playing, and make them the best that they can be, and that’s what’s so special about him. That’s one of the major elements I wanted to include in the film.

People are also interested in how he makes the sounds that he does. For him, it’s about trying to access something that’s in his imagination. So those elements, which may be unusual or may not what you presume about an artist, were important for me to show in the film.

On another level, I had to find a way to link all of those ideas, and make them flow. I also had to find the right musical bits that would give a sense of who he is as a musician. So it was a process of trial and error, and seeing what worked.

SY: The documentary features interviews with some of Bill’s friends and colleagues, including Bonnie Raitt, Paul Simon, Mike Gibbs, Paul Motian, Jim Hall, Ron Carter and Jack DeJohnette. How did you decide who you should interview for the documentary, and how did you secure the times to speak with the musicians?

EF: It was a case of seeing what projects came up, because I really wanted to feature people that Bill was working on projects with while we were filming. For example, I thought speaking with Mike Gibbs was very important, because Bill spoke very highly of him all of the time. Mike was also his first teacher in arranging and composing, which Bill studied in college, as opposed to the guitar. Mike has been pivotal in his life, so it was great to show what their relationship.

We also had to find other people who had been very influential in Bill’s life. So we decided to speak with such people as Paul Motian and Jim Hall. There were also people like Ron Carter and Jack DeJohnette, who were also hugely influential in his life.

Bill cites so many people who he respects and admires, particularly amongst his musical colleagues. But he works with so many bands that it was really about who was available to speak to us.

SY: What was the process of determining which of Bill’s songs you would include in, and crafting the score for, the film?

EF: Well, music license fees were prohibitive in allowing us to use other people’s music, even though that’s such a huge part of Bill’s world. He’ll play anything from Hank Williams to Madonna during his sets. (laughs) He’ll also play his own classical, folk or country pieces.

So in the end, I made the decision to mainly include his compositions. He and his publisher gave me complete access to them, which was wonderful. So we used compositions of his that reflected what was being spoken about. We filmed a big three-hour session at Fantasy Studios, so I had a lot of material to choose from.

Bill doesn’t use a set play list during his performances. He’ll play whatever song he feels he’s being led into when he’s performing. I just said, “Keep it to your music,” and that was my only guideline. (laughs) So he just played for a few hours, which led to this huge wealth of material that I could include in the film.

SY: In addition to writing, directing and editing the documentary, you also served as the Director of Photography. What was the approach you took in the cinematography as you were capturing the interviews and Bill’s performances?

EF: I filmed in what you would call cinéma vérité, or observational style. That’s why I look to shoot my projects myself; it was really about trying to find my point-of-view on a subject. I like to get close-ups of people’s faces and expressions, because that’s what I’m always looking at when I’m observing, and interacting with, other people. But you do also have to think about filming wide shots, and showing people’s reactions, because you want to include that when you’re cutting the film together. But it’s really about how I would look at people, in a respective and loving gaze. (laughs)

With the music, it was important for me to try to get things intimately shot in close ups. So I hired extra camera people, and had them focus on the musicians from different angles. That helped me when I cut the film together, but I mainly focused on Bill, since he’s the primary purpose of the film.

SY: ‘Bill Frisell: A Portrait’ had its World Premiere in the Documentary Feature Competition section of SXSW. What has your experience been like of bringing the film to the festival?

EF: Bring my films here has been fantastic. We’ve had great screening so far, and (for the documentary’s second screening on March 12,) they had to turn people away. I’m sorry about that, but of course it’s nice that the film is getting some attention.

We’ve received great responses. I think it’s a nuanced film, so it’s nice to know that a lot of people are responding to it. I think it’s always a risk when you put out something that’s not as fast cut and flashy as a lot of other music films. This is more of a character study, so it’s been great to see how people are responding. Meeting other filmmakers is also so wonderful; that’s one of the benefits of being a part of the festival. 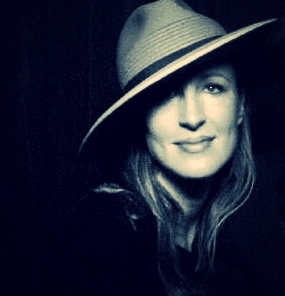