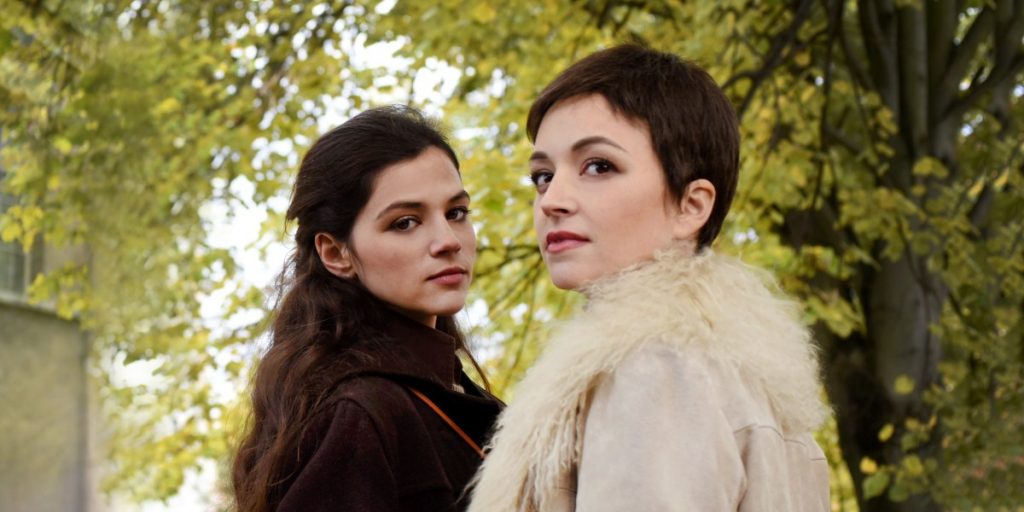 Photo from the film Past Life

That films revolving around the Holocaust continue to be made—good ones at that—is a sign that the tragedy ranks as among the most revealing of the pure savagery that can be attributed to humankind.  When innocent people, including babies, can be imprisoned, starved, shot, gassed, hanged, none of which has any relevance to winning a war, we’re dealing once again with the truism that human beings, unlike wild animals, are the only creatures who murder without conscience.

“Past Life” has only a few flashbacks to incidents in which Christians, whether for money or for pure moral fiber, risked their lives by hiding Jews in their cellars from 1941 to 1945.  The major part of the film takes place in 1977, the year that Anwar Sadat of Egypt went to the Israeli Knesset (parliament) to offer peace between his country and Isarel. For that he was killed by his own people.  The action is filmed in Germany and Poland and four languages are spoken: Hebrew (primarily), German, English and Polish, all under the direction of scripter Avi Nesher, whose impressive résumé dates back to 1978 with “Ha Lahaka,” about a troupe of young Israelis in an entertainment unit at the time of the Yom Kippur war.

There is some beautiful music in “Past Life” as well, given that the focus is on Sephi Milch (Joy Rieger), the principal singer and student in a Jerusalem conservatory.  Her older sister, Nana Milch-Kotler (Nelly Tagar), is married and envious of Sephi’s talent.  Balancing the story of the sisters with allegations of a  crime committed by their physician father Baruch Milch (Doron Tavory) during the Holocaust in Poland, Nesher essentially projects two plots so skillfully that we never consider that he is trying to push two separate movies on us.  Most of the suspense begins with an outburst at a concert in West Berlin by a Polish woman, Agnieszka Zielinska (Katarzyna Gniewkowska), who squeezes Sephi’s arm and proclaims that the young singer’s father is a murderer.  She is restrained by her son, Thomas zielinski (Rafael Stachowiak), a famous German composer who visits Jerusalem on a cultural exchange and develops a bond with Sephi.

What’s the story, then? Is the doctor a killer who does not deserve to be forgiven? And is the professor at the Academy, Uri Lotan (Muli Shulman), being sexist when he puts down singer-composer Sephi with the comment, “After all, has there even been a truly significant or well-known female classical composer?”  The former makes this is mystery that unfolds ever so gradually, while the latter adds this film to the feminist file, the woman determined to show the male teacher how wrong he is.

Now, not even a radical feminist can deny that sometimes women can not only disagree with one another but could harbor intense envy.  The long-term jealousy of Nana, an intellectual who is easily the more vocal of the siblings, needs to resolve her conflict while the quieter, but angelic singer Sephi, does nothing to foster that jealousy other than using her talent as both singer and composer as well she should.

The plot lines require audience focus as one can become distracted, as the two plots zigzag about. There is much to admire in the period costumes, the automobiles, the various locations in Germany and Poland, and especially the high production values that go into a considerable segment of actual singing and instrumental accompaniment.  Though “Past Life” might be considered by some to be “of Jewish interest,” there is surely much that is universal in its themes of envy, secrets of past lives, and murderous hostility.