Actor Clark Freeman is determined to find out if life continues after death, no matter what kind of drastic measures he must take in order to find the answers. In his upcoming thriller, ‘We Go On,’ the performer’s character, Miles Grissom, is so terrified by the idea of dying, he offers to pay anyone who can offer him proof of the supernatural world. The horror film will bring audiences on the terrifying quest to uncover those answers about the afterlife next month when it’s distributed on home release.

The drama will be unveiled on Blu-ray and DVD this Tuesday, April 4, by Lightyear Entertainment, through Momentum Pictures/Sony Home Entertainment. Both discs will include a Directors’ Commentary, as part of the special features section. The Blu-ray and DVD will sell for an SRP of $26.98 and $19.98, respectively.

In celebration of ‘We Go On’s home release, Shockya is offering two lucky winners a Blu-ray of the supernatural thriller. To enter, email, us at ShockyaGiveaway@aol.com. Let us know that you’re entering to win the ‘We Go On’ Blu-ray giveaway in the email’s subject line and message. You have until next Tuesday, April 4, to enter, and you can enter the contest once daily. After the horror movie’s release date, we’ll pick the winners at random and notify them through email. Good luck!

‘We Go On’ marks the second feature film from ‘Yellowbrickroad’ creators, Jesse Holland and Andy Mitton, who co-wrote and co-directed the new drama together. In addition to Freeman, the drama also stars Annette O’Toole, John Glover, Giovanna Zacarías, Jay Dunn and Laura Heisler.

The following synopsis for ‘We Go On’ has been released by Lightyear Entertainment:

Paralyzed by his fear of dying, Miles Grissom (Clark Freeman) offers a cash reward to the first person who can show him a ghost, an angel, a demon – anything that can prove that we go on after our deaths. He narrows the responses down to three viable candidates – a scientist, a medium and a worldly entrepreneur. Along with his fiercely protective mother (Annette O’Toole), he embarks on an adventure that will spiral into an unthinkable nightmare.

“We’re excited that fans across the U.S. and Canada will be able to see ‘We Go On’ no matter where they live, now that it’s coming to home video,” said Arnie Holland, Lightyear CEO. “It’s the kind of movie that makes you think and compels you to watch again and again. The questions posed in the movie about our mortality and the afterlife are what we all think about at one time or another.” 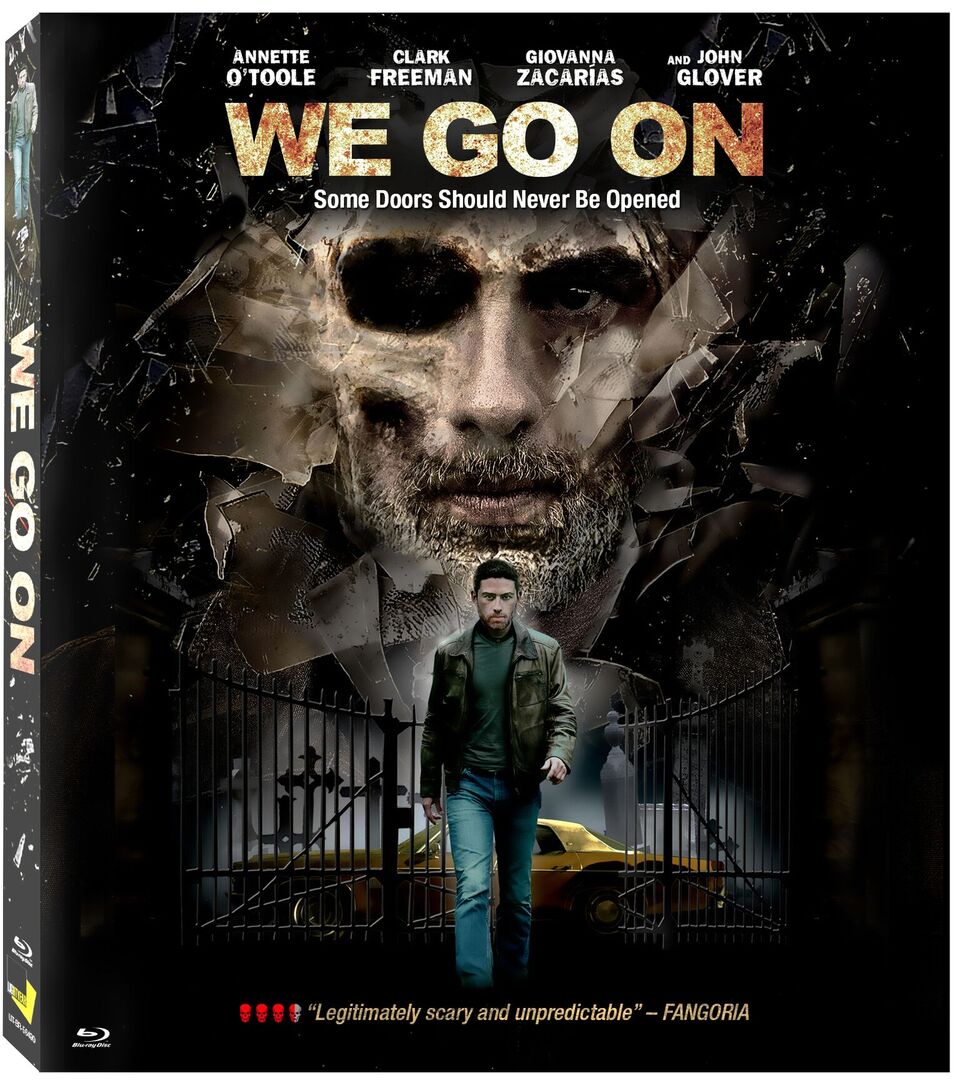 Aggregate Rating
no rating based on 0 votes
Product Name
'We Go On' Blu-ray and DVD
Price
USD $26.98-Blu-ray and $19.98-DVD
Product Availability
Available in Stock