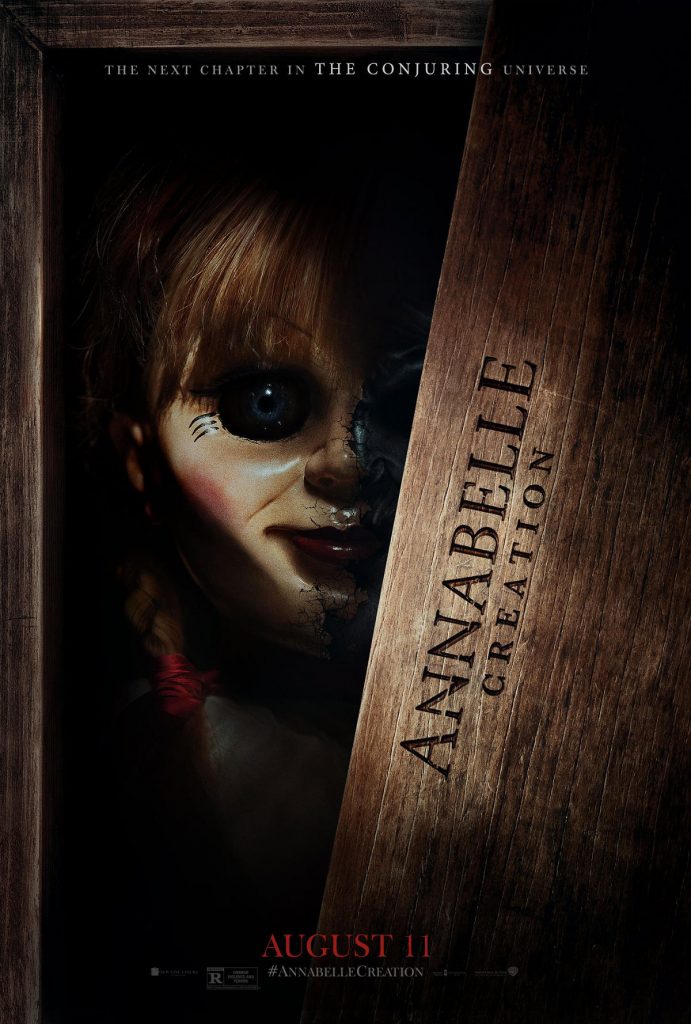 ‘Annabelle: Creation’ is offering a terrifying glimpse into the development of its menacing title doll in its newly released official trailer. New Line Cinema has distributed the preview for the anticipated horror film, following the unveiling of the drama’s poster at WonderCon.

The prequel to the hit 2014 horror movie, ‘Annabelle,’ was directed by ‘Lights Out’ helmer, David F. Sandberg. Like its predecessor and the two ‘The Conjuring’ films that inspired the ‘Annabelle’ spin-offs, Peter Safran and James Wan served as producers. Gary Dauberman, who wrote the original ‘Annabelle,’ returned to the franchise to pen ‘Annabelle: Creation.’

Sandberg was also joined behind-the-scenes on the fourth installment in ‘The Conjuring‘ universe by some of his ‘Lights Out’ collaborators. The reunited team includes production designer Jennifer Spence, editor Michel Aller and composer Benjamin Wallfisch. The group was joined by director of photography Maxime Alexandre (‘The Other Side of the Door’) and costume designer Leah Butler (‘Paranormal Activity 3 and 4’).

‘Annabelle: Creation’ is set several years after the tragic death of a young girl. Her father, who works as a dollmaker, and his wife decide to welcome a nun and several girls from a shuttered orphanage into their home. But the group soon becomes the target of the dollmaker’s possessed creation, Annabelle.