Brad Pitt is determined to clean up the politics of international conflict. In his anticipated satirical drama, ‘War Machine,’ the Oscar-winning producer-actor portrays a U.S. General who’s become caught up in a modern war machine that keeps on churning, seemingly to no end. In support of the war film’s upcoming global release on Netflix on May 26, the streaming service has unveiled a new trailer and stills for the project.

The trailer and images from ‘War Machine’ offer a sardonic glimpse into the discord soldiers face today, as they’re forced to question the purposes to which they are being directed. The clip and stills feature Pitt and his co-stars, including Emory Cohen, Topher Grace, Anthony Michael Hall, Will Poulter, Lakeith Stanfield, Meg Tilly, Tilda Swinton and Sir Ben Kingsley.

‘War Machine’ was written and directed by ‘Animal Kingdom’ scribe and helmer, David Michôd. The Netflix original movie is inspired by the 2012 book ‘The Operators: The Wild & Terrifying Inside Story of America’s War in Afghanistan,’ which was penned by the late journalist, Michael Hastings.

In Michôd’s film adaptation of ‘War Machine,’ he chronicles a U.S. General’s roller-coaster rise and fall as part reality and part savage parody, and raises the specter of just where the line between them lies today. His is an anti-establishment, pro-soldier exploration in the form of an absurdist war story of a born leader’s ultra-confident march right into the dark heart of folly. At the story’s core is Pitt’s sly take on a successful, charismatic four-star general, who leapt in like a rock star to command NATO forces in Afghanistan. However, he’s eventually taken down by his own hubris and a journalist’s no-holds-barred expose.

For more information on ‘War Machine,’ visit the satirical war drama’s page on Netflix’s official website, as well as the movie’s Facebook page. 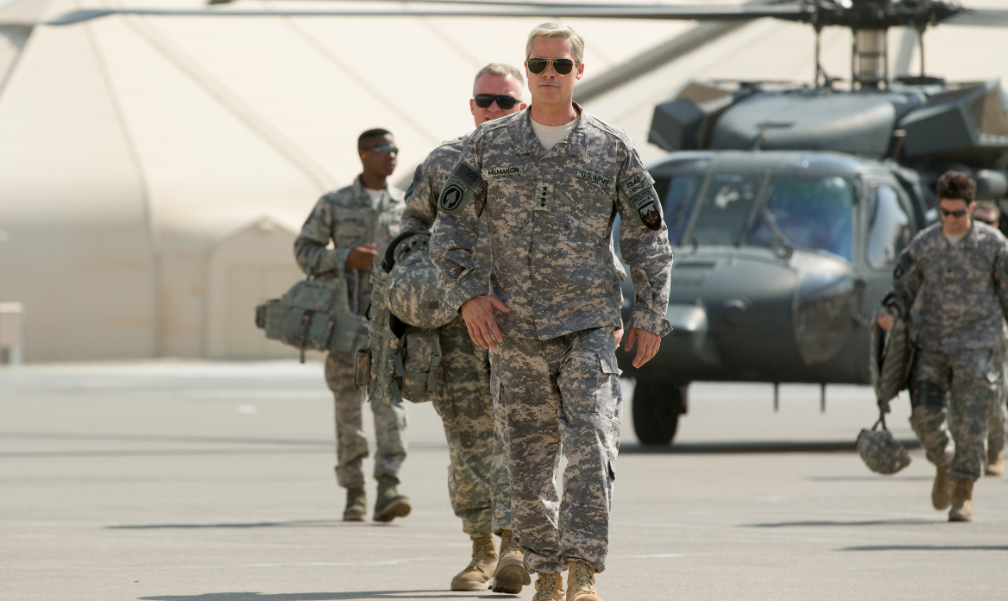