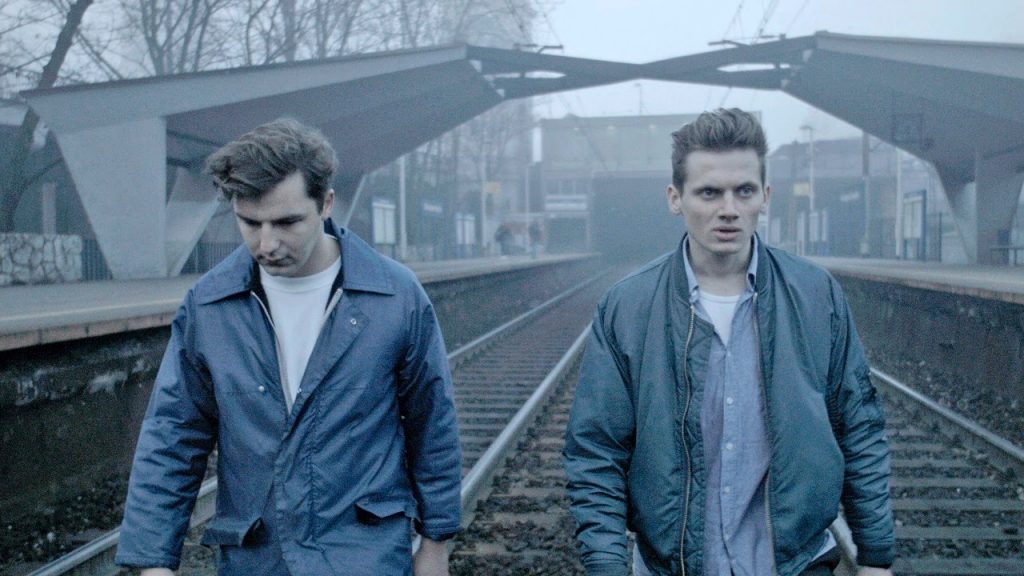 Photo from the movie All These Sleepless Nights

Watch these hedonistic Polish youths and you’ll realize that their country must have been run by Communists and Nazis only with the utmost governmental force.  Then again, maybe we should not use the term “hedonistic.”  As writer-director Micha? Marczak points out in a prologue, psychologists have discovered that what we remember most as we grow older is our experiences as adolescents and young adults.  That’s not a biggie.  If brought up in a stable, middle-class home with no responsibilities for making a living, we can choose what we would like to do.  And what we like most to do is to relate to others of our own age, preferably face to face and not on those infernal smartphones.  The young people studied here in a most unusual New Wave type of filming like to keep in motion.  They dance, they flirt.  One steals his best friend’s girl but no worries.  He finds another and his anger quickly diffuses.  You almost expect them to burst out in a rendition of “Guademus Igitur”—“let us now in youth rejoice.”  We don’t know whether they’ve been to college where they will sing those traditional verses, but though they shoot the breeze in an attempt to find meaning, they appear to have no worries or thoughts about what they will do to make a living and how they’re to prepare for the struggles that will take them through middle age and beyond.

Marczak, whose documentary “F*** for Forest” focuses on a Berlin charity that believes sex can change the world, an NGO that raises money by selling homemade erotic films on the internet, and whose freshman work, “At the Edge of Russia” finds a nineteen-year-old sent for military service to a remote Arctic region, now acts as a fly on the wall.  The 35-year-old Warsaw born director, bearded and wearing his hair long unlike the vast majority of Polish people, is interested in a romantic triangle consisting of buddies Krzystof Bagi?sky and Micha? Huszcza and their relationship with Eva Lebuef.  They have in common a serious interest in smoking cigarettes and only occasionally indulging in lines of coke.

Krys probably could not find a city he’d love more than his Warsaw.  He walks with his less awkward pal Micha?  through the city parks, entering the subway tunnels appearing as fascinated with the trains as would a ten-year-old.  He attends parties, sometimes crashing, and finds emphatic women who find him fascinating, one of whom, Eva Lebuef, comes across as a twenty-something who will probably take off and find someone more suave.

Only once does Micha? sound off about his friend’s stealing of his girl, though at a midpoint in the picture, he announces that he wants to live alone—and that’s not only fine with Krys but an occasion to look forward to, his landscape ready for his fulfillment.

This is a non-fiction film that gives the impression of a mockumentary, though there is little humor to be found. The director shares the camera’s lenses with Maciej Twardowski showing Poland’s capital as just another big city with the usual accoutrements of a park, a mass transportation system, and people strolling about seeming with a care in their lives. But the film does not lead anywhere, nor can we have faith that Krys, who in the final scene sits on the grass wearing a pink bunny outfit complimenting passersby, will get over his post-adolescent solipsism.