While Stan Lee is mostly known as the co-creator of Spider-Man, The Incredible Hulk, Iron Man, and the Fantastic Four and former president and chairman of Marvel Comics, it’s not really known that he’s also a big fan of White Castle sliders. So much so that he was inducted in the exclusive White Castle Cravers Hall of Fame earlier this week.

“Stan is the ingenious creator of Spider-Man™, The Incredible Hulk™, X-Men™ and so many others – he has the incomparable power to create legendary superheroes that are favorites in homes around the world!” said Jamie Richardson, Vice President of White Castle, in a press release. “It turns out, while we grew up on his comics, he grew up on our sliders. The Cravers Hall of Fame was founded to celebrate a shared love of White Castle, and, now Stan Lee will forever be celebrated among the elite Cravers!”

Stan Lee joins the likes of Alice Cooper and the stars of “Harold & Kumar Go to White Castle,” John Cho and Kal Penn, as members in the club, while he’s also receive a number of special gifts, such as a framed photograph of the first White Castle Lee visited as a child in New York, an official identification badge granting unlimited access to the employee cafeteria in Columbus, OH, and a guarantee of one Crave Case per month for as long as he would like.

“Growing up in Washington Heights and the Bronx, I loved White Castle. The infamous slider was a favorite then, just as it remains today over 85 years later!” said Stan “The Man” Lee. “I am grateful to White Castle for recognizing my lifelong Crave-ings and honored to join past and future Craver Hall of Fame inductees. And to be perfectly honest, I’m also looking forward to receiving my Crave Case each month from White Castle!” 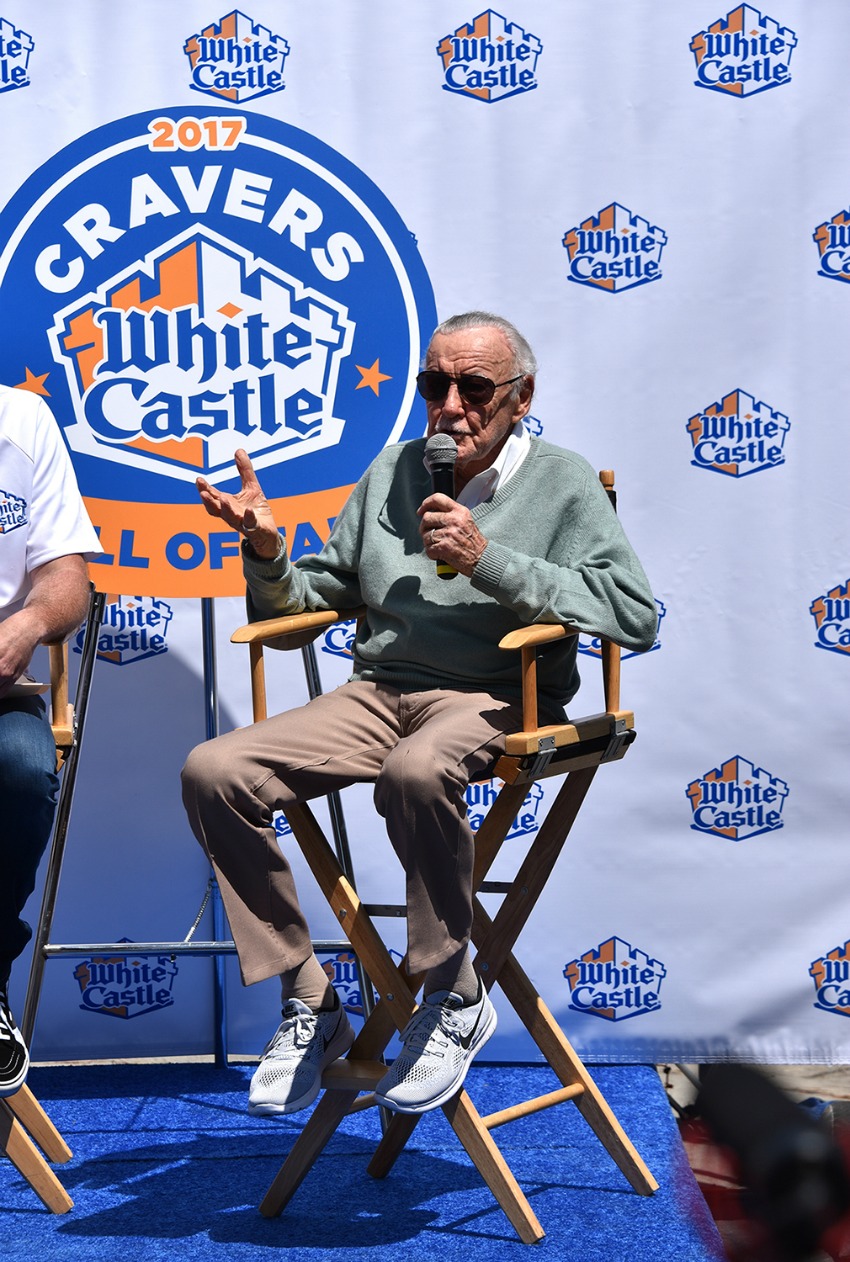