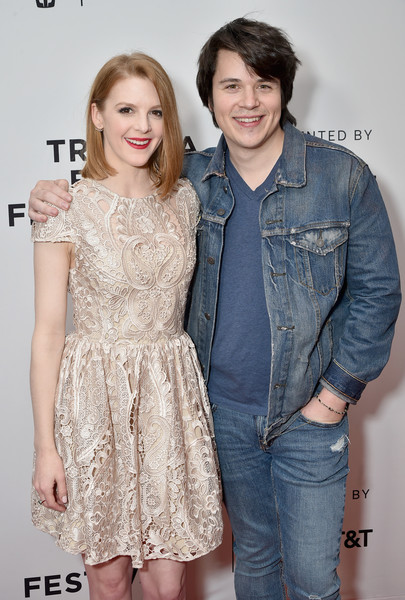 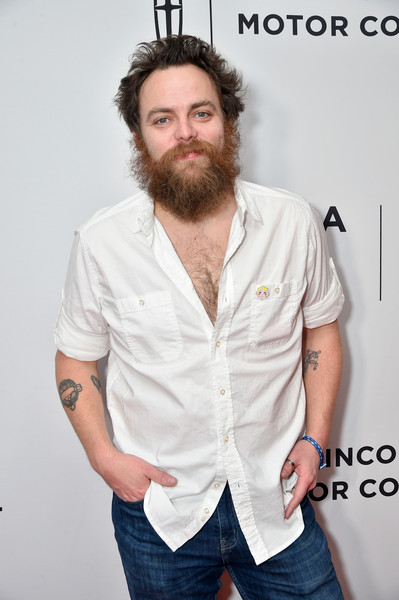 A group of deranged psychopaths are simultaneously being awoken over the course of one terrifying night, and are intent on wreaking havoc across the City of Angels. Horror auteur Mickey Keating powerfully redefines what it means to be a predator and victim in his latest movie, ‘Psychopaths,’ which had its World Premiere in the Midnight Section of this year’s Tribeca Film Festival. The filmmaker’s new project uses nightmarish imagery and eerie music to emphasize the chilling nature of the macabre title characters, who truly believe their gruesome actions are helping humanity.

‘Psychopaths,’ which takes place over the course of a single petrifying night, begins with a serial killer, Henry Earl Starkweather (Larry Fessenden), announcing just before his execution that his death will unleash a wave of violent chaos across Los Angeles. The convicted murderer’s prophecy proves to be true, as a group of other serial killers embark on their own rampages across the city.

Among the killers are Alice (Ashley Bell), an escaped mental patient who imagines that she’s living in a 1950s-glamour world; Blondie (Angela Trimbur), a beautiful seductress who lures men down into her suburban basement, and proves to be more than a sadistic match for her latest attacker; a strangler (James Landry Hebert), who preys on unsuspecting women; and an enigmatic masked contract killer (Sam Zimmerman), whose next job sends him to seedy nightclub. A couple of the murderers’ fate are tested when they unexpectedly cross paths with a cop (Jeremy Gardner) who’s seemingly more interested in the notoriety of capturing the outlaws than protecting innocent lives. But as the night progresses, the body-count rises, and the fate of these deranged killers is sealed in blood.

Preceding the premiere screening of ‘Psychopaths’ on April 20 at the Cinépolis Chelsea Theater in New York City, Keating was joined by several of the drama’s cast members, including Bell and Gardner, on the red carpet. Among other things, the writer-director and actors discussed how giving each psychopath their own sound and music, as well as unique costumes and physicalities, helped create specific personalities for each character. Keating, Bell and Gardner also expressed their honor and excitement over having the horror film premiere at the Tribeca Film Festival.

Keating initially disclosed what inspired him to pen a script for a horror film that chronicles how the vengeful spirit of an executed serial killer inspires a night of murderous mayhem. “I wanted to do something that was more of an ensemble piece, and was a bit more about characters, first and foremost, and also something that was like a surreal fever dream, in a weird way. I wrote it for most of the actors who are in the film,” the filmmaker explained.

The scribe added that he wanted to “write something for Ashley that was completely different than ‘Carnage Park,'” the action-crime-horror film they previously worked on together that was released last summer. “With James, I also wanted to create a character who was totally different. I wanted to make something that would inspire people to dress up as for Halloween characters.”

Gardner initially revealed that he didn’t personally know Keating when the role of the police officer was offered to him. “But being on the festival circuit with other films, there is a group of these little indie horror genre movies that has formed,” the actor explained. As a result of the performer and filmmaker both becoming a part of that group, and getting to see each other’s other work on the festival circuit, the director decided to offer the role to the actor. Gardner revealed that “I got a call one day saying, ‘Mickey wants to know if you want to play the weird cop psychopath role in his new movie.’ I said, ‘Absolutely!’

“So I went out there, and (Keating) let me go a little crazier than I thought he would, which was amazing,” Gardner also divulged. The performer also admitted that he hasn’t “been on a ton of sets, but Mickey seems so confident, and knows exactly what he wants. He always has a smile. Whenever I thought I was going too far, he’d say, “No, go bigger and crazier! Be bold and insane!’ So every weird actor whim that you have, he would be like, ‘Do it! Let’s have fun!’ So that was really freeing as an actor.”

Bell also discussed why she was interested in appearing in ‘Psychopaths.’ The actress noted that one of her main motivations was to be able to collaborate with Keating again, after she appeared in ‘Carnage Park.’ “Working with Mickey on ‘Carnage Park’ was great. He’s such a collaborative director, and has such a strong vision for what he wants. So it was a no-brainer to do ‘Psychopaths.’

“The story of ‘Psychopaths’ is what intrigued me. There are these four maniacs who are out on their own during this night on the town,” Bell explained about the main characters in the horror film.

“I get to play this psychopath who thinks she’s stuck in this delusional reality…in this 1950s Hollywood musical,” Bell revealed about her character of Alice. “I got to sing and dance, which made this role a no-brainer. I like that side of performing-I studied singing and dancing at NYU, and I’ve always done ballet, tap and jazz. So to be put to task, and do it for real for the film, was a wonderful challenge,” the actress also noted about her development process for ‘Psychopaths.’

Bell also did some research into what Alice’s emotional psyche would be like before filming began on the drama. “I had this great source book on schizophrenia, and I also read some journals. I wanted to get an idea about what the character would be going through, and have some background to ground her in,” the performer revealed. “There were also a lot of singing lessons deep in the San Fernando Valley!”

Keating also shared the kind of research he did while he was writing and directing the drama. “I think every single psychopath is different, and has their own kind of sensibility in a lot of ways. So Ashley did a lot research for herself. It was cool to be able to centralize, and make every character very specific. The movie’s called ‘Psychopaths,’ but in the movie, there isn’t even one character who’s the same as another.”

While he was preparing for his role in ‘Psychopaths,’ Gardner shaved his beard “for the first time in eight years, and just left my handlebar mustache. I was so nervous doing it, I actually filmed myself shaving, and I was actually almost crying,” the actor also admitted. “I also asked (Keating) if I could pretend that there was a bug in my ear, and he said, ‘That’s great! Do that!’ So it was pretty much go big or go home on the set.”

Keating also embraced the experience of being able to shoot ‘Psychopaths’ on location, and “we were very fortunate to be able to do so. With another movie I made (last spring’s horror thriller, ‘Darling’), we were very fortunate to be able to shoot here in New York City. So I then wanted to make a movie in seedy L.A., in the same way that Brian De Palma would make it. So we choose very specific areas; there’s the suburban neighborhood, as well as the dark and industrial downtown. So it was all very different,” the horror filmmaker chronicled.

Having the chance to film ‘Psychopaths’ on location was an experience that Bell cherished. “We shot all of my scenes at a place called Koch’s Movie Ranch, which is surprisingly where the entirety of ‘Carnage Park’ was shot. So it was really cool to go home, essentially,” the actress noted. “I know the guys who own the ranch. In between scenes, they had a rabbit that they let me hold. So I’d kill someone on screen, and then hold this rabbit, and it was incredibly therapeutic!”

Another one of the major aspects of Keating’s script for ‘Psychopaths’ that Bell enjoyed was that Alice was “able to transform into this movie star that she watched in her cell box, so to speak. So the fact that she had this heightened style, and I got to wear these dresses and be in this 1950s movie star make-up, was a dream come true.”

Keating also praised the outfits that were created for the characters in ‘Psychopaths.’ “I had an amazing costume designer, Samantha Hawkins. She had a brilliant sensibility for every single character,” the director revealed.

The filmmaker also discussed how the physicality of each of the characters influenced the actors’ portrayals throughout the drama. “Like with Jeremy, he would roll around and get beaten up, and was willing to do anything. I was very fortunate that the entire cast was game to do anything. This movie’s very violent and physical, and everyone really partook in it all,” Keating noted.

In addition to the costumes and physicalities that the actors wore and embodied to represent their characters, another vital element in the telling of the story in the film was the score and music that Keating included. “This movie is insane in the sense that I wanted to include a ’90s-inspired soundtrack, in a way. So we have 18 different pop songs in the film. I also worked with two incredible composers-Schaffer James and Kyle Reigle, who’s part of a band called Cemeteries.”

The helmer further explained that “Throughout the film, there’s a collage of different soundtracks. Every psychopath has their own sound and music. It was really challenging to get everything in a row-it was a nightmare in that regard. But when we finally locked it in, it was very satisfying.”

With ‘Psychopaths’ now ready to be shared with the world, Keating also discussed his experiences of premiering the horror drama at the Tribeca Film Festival. “It’s an honor. I’ve never been to Tribeca, and I never thought that I would get into this festival,” the director admitted. “While we were making the movie, Tribeca was the first and foremost festival that we hoped we would premiere at. Fortunately, they saw and enjoyed the film and invited us, and I feel very lucky about that.”

Gardner also shared his experience and excitement of attending the premiere for ‘Psychopaths’ at the Tribeca Film Festival. “With one of my earlier films, ‘The Battery,’ I went all over the world, but Tribeca is one of the biggest name festivals. So being on the red carpet here is a little bit of a whirlwind. It’s really fun being a part of this festival, and it’s the first of many for this movie.”

Bell also shared her appreciation for the Tribeca Film Festival premiering ‘Psychopaths.” The actress noted that “It was such a wonderful experience to shoot (‘Psychopaths’), and I know that it’s cliché to say that. But with a film like this one, it’s true. Mickey leads an incredible set, and every single person on this set wanted to be there. They would be there for hours, because they believe in the project.