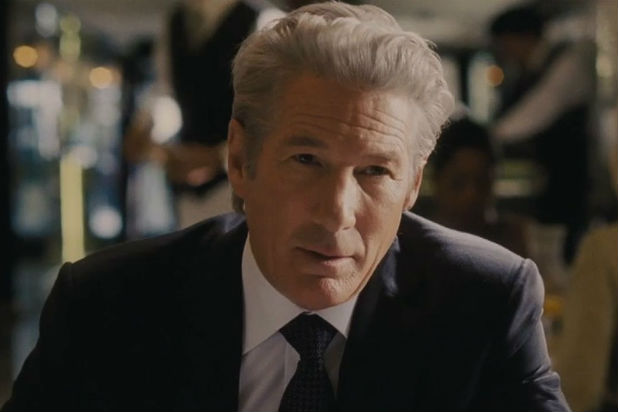 Richard Gere stars in The Dinner.

Reactions of people invited to a dinner may vary: excitement, anticipation, nonchalance, dread or desire to skip the event. When Stan Lohman (Richard Gere), invites his brother Paul (Steve Coogan) and sister-in-law Claire (Laura Linney) to dinner in a high-end restaurant Paul is not a happy camper. Going through a mental breakdown, he has no qualms about expressing his negative attitude toward any social situations. When he and Claire approach the red-lit establishment we get an uneasy feeling about the event. Stan’s younger second wife Katelyn (Rebecca Hall) does not seem to be in good spirits either.

Stan has organized this dinner with a plan to “have a conversation”, but the evening does not go as planned. Paul, who is emotionally unstable, keeps insulting his family and the wait-staff. Claire, who holds her family together, tries to calm him down and survive the evening. Stan, a friendly politician who likes to get things done, is determined to deliver a sermon and move to the next item on his agenda. The topic is the crime committed by their sixteen-year old sons: Michael (Charlie Plummer), Rick (Seamus Davey-Fitzpatrick) and Beau (Miles Harvey). These teenagers committed a serious crime against a homeless person and show no compassion about it. The brutality of their action has shocked the country and their identities may be exposed if some hush-money is not paid swiftly.

Richard Gere’s role shows Stan as a man with principles who is willing to sacrifice his career and suspend his political campaign; Rebecca Hall shows a Katelyn who is done putting a show of accommodating political wife; Laura Linney puts forward a strong Claire, determined to keep her family intact regardless of any consequences; Steve Coogan gives an extraordinary clarity to Paul, sounding logical one moment and insane on the next, seeking respect from his son and feeling useless as a husband and a father.

Director Moverman bases the screenplay on The Dinner, a novel by the Dutch writer Herman Koch, and frames this theatrical morality tale by setting the plot in one venue (Dobbs Ferry, NY), while mixing too many flash-backs from the characters past lives (Gettysburg PA).