Synopsis: Hip-hop culture has transcended many racial and cultural boundaries after its founding in the ’70s by African-American and Latino youth in the South Bronx. Since then, rappers have emerged as legitimate pop culture stars around the world and hip-hop’s global movement has become increasingly more diverse. Yet the face of rap in America remains primarily black, brown, and white.

BAD RAP follows the lives and careers of four Asian-American rappers trying to break into a world that often treats them as outsiders.Featuring dynamic live performance footage and revealing interviews, BAD RAP will turn the most skeptical critics into believers.

From the battle rhymes of crowd-favorite Dumbfoundead to the tongue-in-cheek songs of Awkwafina; the unapologetic visuals of Rekstizzy to the conflicted values of Lyricks—BAD RAP paints a memorable portrait of artistic passion in the face of an unsung struggle. 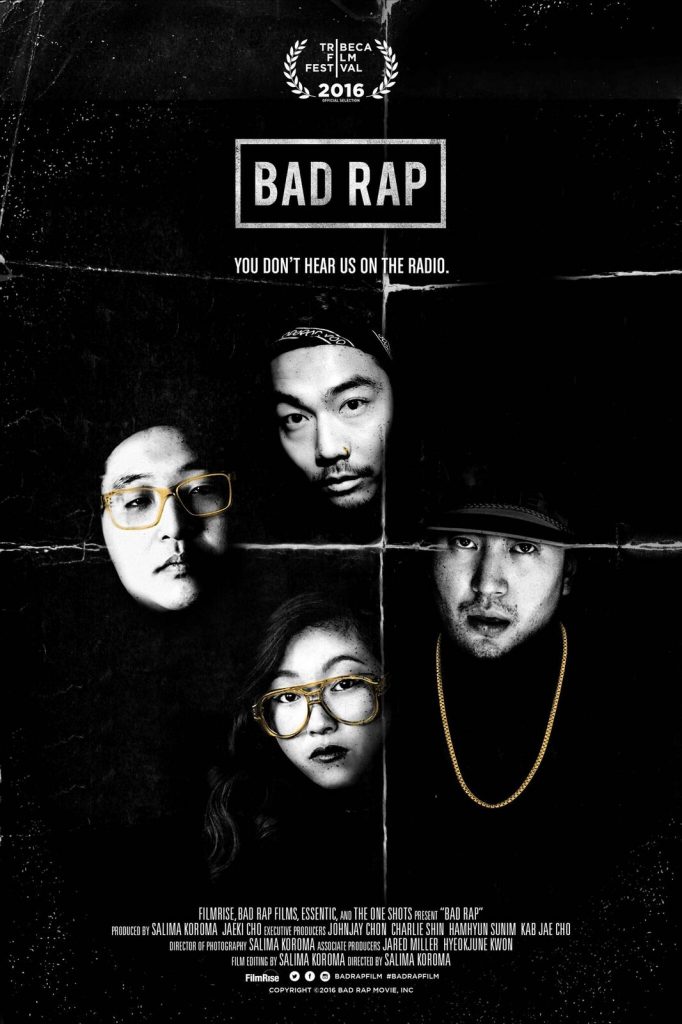