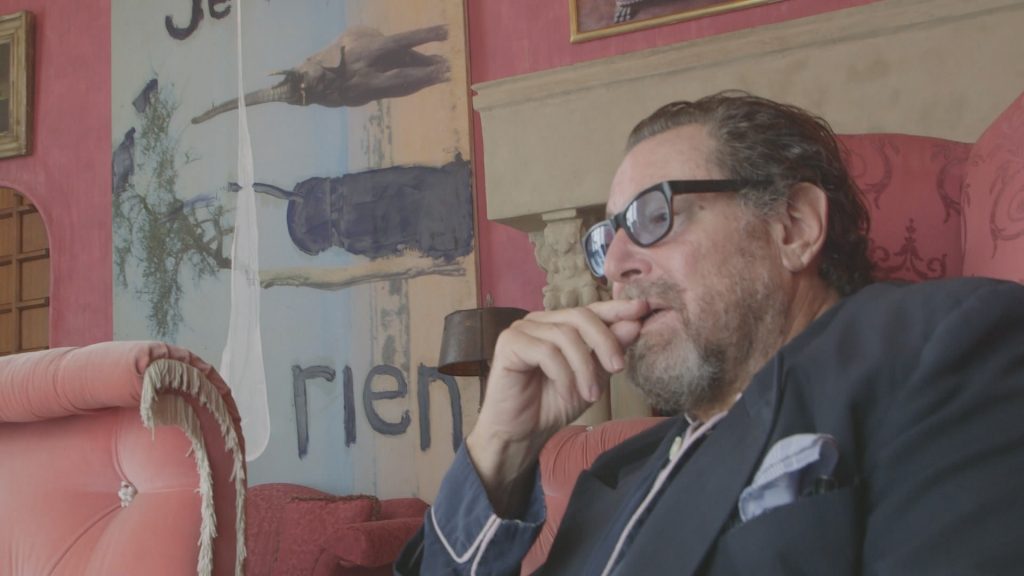 Photo from the documentary “Julian Schnabel: A Private Portrait”

Old footage intertwines with interviews of family members, distinguished friends, and the artist himself: Julian Schnabel. Neapolitan director Pappi Corsicato, who explored the theme of visual arts in several of his shorts, narrative features and documentaries, grapples with the biography of a living legend.

‘Julian Schnabel: A Private Portrait’ retraces the personal life and public career of the celebrated artist and filmmaker Julian Schnabel. The movie details his formative years in Brownsville, Texas; the beginning of his professional career in New York City in the late Seventies; and his Eighties rise to superstar status in Manhattan’s art scene, as well as international acclaim as a leading figure in the Neo- Expressionism movement. However the film abruptly stops in the early 2000s, and we do not see the inspiration and making of his 2010 film ‘Miral’ and his artistic ventures of recent years.

The Ego of Schnabel overrules the storytelling, as we swiftly glimpse at his women, children, acquaintances and artwork. The phrase that recurrently echoes, when the people who know him are asked to describe the artist, is “larger than life.” Indeed acknowledging you are special is the belief that has made Julian Schnabel so grand.

In this documentary, his versatility and talent alternate the gentle caress of his brushstrokes on the canvas, with exploration of the physicality of the self in his films. As a fond lover of surfing, Schnabel fully embraces the concept of fluidity in whatever he does, whether it involves his creativity or private life.

The film is rather didactic in its construction and banks on the notoriety and charm of the American painter and filmmaker. The private portrait feels rather incomplete. Some could object by quoting Leonardo Da Vinci when he said: “Art is never finished, only abandoned.” However Corsicato abandons his cinematic oeuvre with neglect. His portrayal of the person he defines as the Citizen Kane of the art world, is rather conventional compared to the inventiveness of its protagonist.

Technical: B
Story: B+
Overall: B
Written by: Chiara Spagnoli Gabardi