The image people often adamantly hold about their hometowns can often times ultimately prove to be a disheartening illusion. That’s certainly true for the teens in the new character driven horror movie, ‘Central Park,’ which marks the feature film writing and directorial debuts of Justin Reinsilber. The filmmaker, who also stars in and produced the movie, crafted a stunning depiction of how the New York of his childhood dreams has changed dramatically throughout his life, as he has witnessed the city’s increase in corporatization and greed. The Toronto native has also observed how the constant and sensational coverage of crime and controversial policing has infused fear and corruption in his adopted hometown.

This year’s Dances With Films festival will feature ‘Central Park’s World Premiere during its Midnight section tonight at 11:45pm PT at TCL Chinese 6. Tickets for the thriller’s premiere at one Hollywood’s leading independent film festivals can be purchased on Fandango.

‘Central Park,’ which is set in present day New York City, focuses on the lives of six high school juniors. Collectively, they have done everything there is to do, know everything better than anyone else and mean the world to each other. When one of their billionaire fathers, Christian Lincoln Smith Jr. (Renauld White), is implicated in, disgraced by, a Bernie Madoff-esque Ponzi scheme, the devoted friends of his son, Harold (Justiin A. Davis), rally around him.

As the doors of their gilded world shut to Christian, his son and his friends set out for an epic night in Central Park to blow off some steam. Little do they know that the consequences of Christian’s crimes will go far beyond his clients’ bank accounts. A vengeful soul waits in the trees, and the sins of the father will soon be visited on all the children with the help of a sharp blade.

Reinsilber generously took the time recently to talk about writing, directing, starring in and producing ‘Central Park.’ Among other things, the filmmaker discussed how the real-life title New York City park served as an inspiration to him to write and direct a horror-thriller that features a terrifying story that can truly happen in real life. Reinsilber also mentioned how he wanted to cast an ethnically varied cast, in order to reflect the diversity of America’s largest city, and how all of the up-and-coming young performers naturally bonded on-and-off screen.

ShockYa (SY): You made your feature film writing debut with the new horror film, ‘Central Park.’ What sparked your interest in writing a story about the effects of a disgraced billionaire in modern society, and how his downfall affects the people in his life? What was the writing process like for the script-what kind of research did you do into the effects of a Ponzi scheme?

Justin Reinsilber (JR): My first spark of inspiration was Central Park itself. I’m in the park almost every day, and one night, as I was riding my bike home, I had a ‘lightbulb’ moment; there’s never been a movie in which the park itself is a one of the main characters. I also wanted to make a horror-thriller film, and have everything to be ‘real’ and practical. I didn’t want monsters, zombies or anything supernatural. I’m not opposed to those things, as I like that aspect of the genre, but I strived for Central Park to be as authentic as the city itself.

Once I had that figured out, the process was relatively easy. I like big, interweaving stories. ‘Central Park’ is a character driven film, and interweaving the characters with the converging plotlines was my aim. I want people to care about the characters, and my actors were great at portraying them honestly and brilliantly.

Bernie Madoff is emblematic of the greed and corruption that became known as the financial crisis. He’s the obvious choice, but as I did more research on this type of specific crime, a Ponzi scheme, I discovered how pervasive it is; it’s everywhere. Madoff was the biggest, and he will be the benchmark and face of greed, corruption and financial crime for a long time.

SY: In addition to writing the screenplay, you also directed the movie. Why did you decide to make your feature film directorial debut on the drama, and how did working on the script influence your directorial duties?

JR: I never saw myself not directing ‘Central Park.’ My vision on how the film should look was on the page. Writing and directing, to me, are synonymous in my approach to storytelling and making movies.

SY: ‘Central Park’ features a diverse cast, including Justiin A. Davis, Ruby Modine, Grace Van Patten, Malika Samuel, Guillermo Arribas and Deema Aitken. What was the casting process like for the thriller?

JR: I wanted the cast to reflect the diversity of New York City. Just take two steps in any direction in the city, and you’ll see the beauty of people from every different background imaginable.

I was fortunate to work with Kathleen Chopin and Anne Davison to cast the film. They found incredibly talented actors who were able to elevate my words.

SY: Once all of the actors were cast in the feature, did you both rehearse with them, in order to build the characters’ relationships and emotions?

JR: I wanted the film to have a natural feel, and for the scenes to be dynamic and spontaneous. When we were fully cast and the kids showed up for their fittings, I decided to forgo a traditional table read, and took the six of them, including Grace, Ruby, Justiin, Deema, Malika, and Guillermo, to the park and walked them around where the story takes place. We all hung out for a bit and then I gave them some money and told them to go eat dinner together. The goal was to have them bond and really become friends. They did, and it shows on the screen.

SY: What was the process of also collaborating with the actors, on creating the physicality of their characters, especially once they’re targeted in the title New York City park?

JR: They’re all really good actors. It was a natural progression through filming.

SY: The horror film features distinct cinematography. What was the process of collaborating with the movie’s Director of Photography, Eun-ah Lee, to determine how you wanted to visually tell the story?

JR: Eun-ah Lee was an incredible find and a close collaborator. I was grateful to be able to work with her. She really helped me create the look of the film. We watched a lot of great films together, and she turned me onto a lot of South Korean horror films that I was unaware of, including ‘I Saw The Devil,’ ‘The Host’ and ‘The Chaser.’ Eun-ah is meticulous in setting up the shots. She has a fine arts background, and it really comes into play as a DP (Director of Photography).

SY: In addition to writing and directing ‘Central Park,’ you also served as one of the producers. Why did you both decide to also produce the movie? How did your producing and directing duties influence each other, especially on the set?

JR: I had a great partner, Melissa Chamberlain, who came on early and was a real believer in my vision and the project. When we started shooting, she took the reins so that I could focus on the directing. That really freed me up to pull the best out of my actors, and tell the story the best way I could.

SY: The thriller was shot on location in the title New York City Park. What was the process of finding the locations where you wanted to shoot the film?

JR: First of all a big thank-you to the Central Park Conversancy, the city of New York and the mayor’s office, who let us come in with our film. Finding the locations was easy some days and hard other days. The easiest place to shoot was Central Park. A lot of people told me it’d be impossible to shoot there, but it wasn’t. The city really comes alive in the film.

SY: ‘Central Park’ is set to have its World Premiere at this year’s Dances With Films Festival this Satuday, June 3, at TCL Chinese 6 Theatres in Hollywood, during the Midnight section. What does it mean to you that the thriller is premiering at Dances With Films?

JR: It’s an honor to be celebrating the premiere with DWF. They truly embody the independent spirit. They’ve been great to us, and have really gone out of their way to make us feel like a part of their family. We hope this is the first of many appearances at DWF. 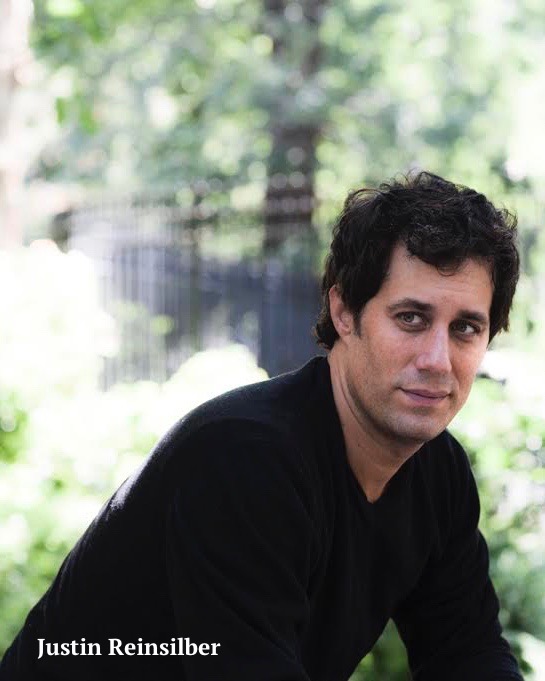