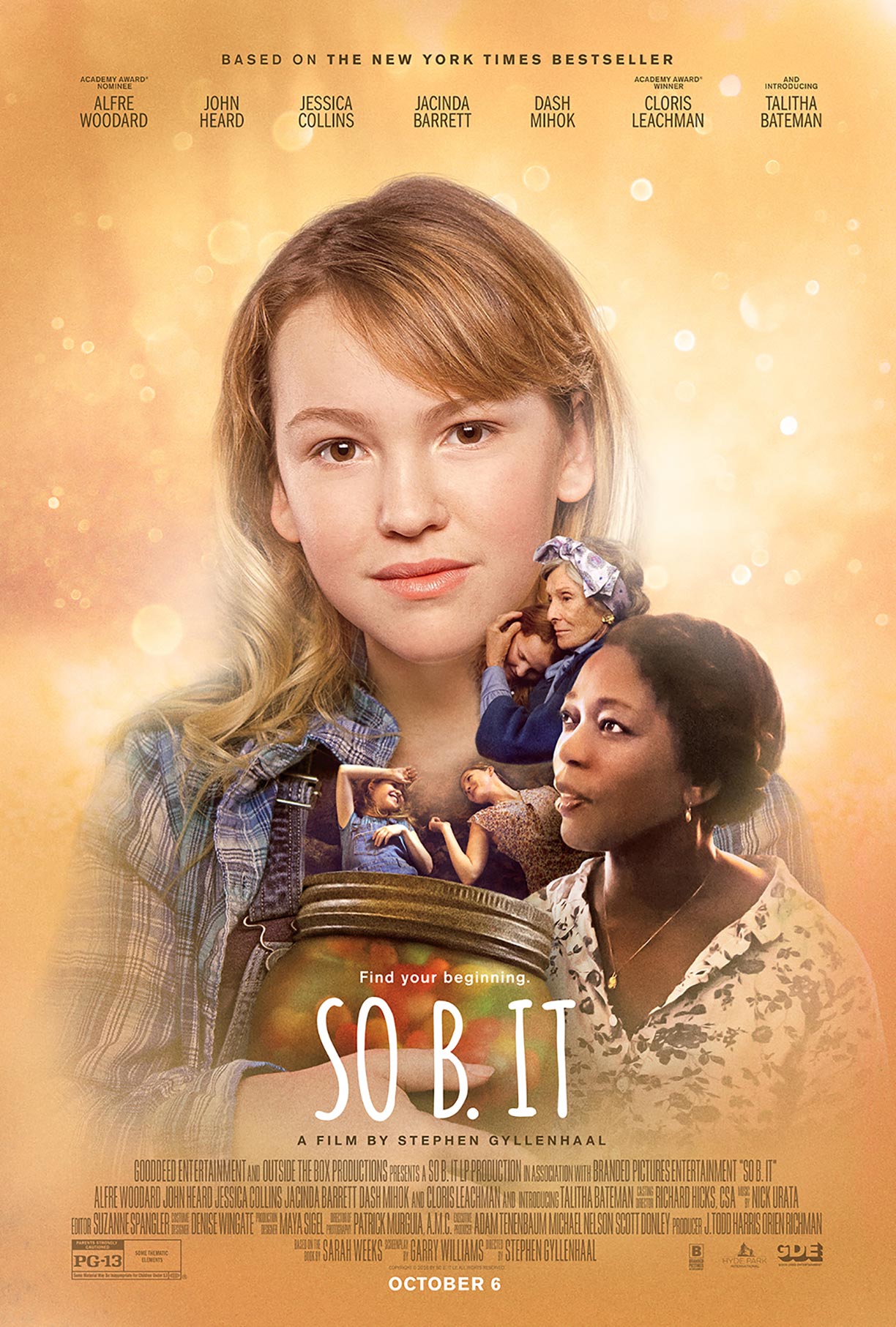 The poster for director Stephen Gyllenhaal’s drama, ‘So B. It,’ which stars Talitha Bateman and Alfre Woodard.
Photo Courtesy: Good Deed Entertainment

Embarking on a journey of independent self-discovery is a vital part of growing up, especially when children take on the burden of caring for their parents. That important emotional exploration is the key driving force for Talitha Bateman‘s young protagonist in the upcoming coming-of-age drama, ‘So B. It.’ In honor of the adolescent’s pilgrimage to uncover her true identity, the movie’s first official trailer and poster have been released.

‘So B. It’s assets have been unveiled by its distributor, Good Deed Entertainment, which is set to release the film theatrically on October 6. The drama was directed by Stephen Gyllenhaal (the father of Oscar-nominated actors Maggie and Jake). Garry Williams wrote the script for ‘So B. It,’ which is based on the novel by Sarah Weeks. In addition to Bateman, the movie also stars Alfre Woodard, John Heard, Jessica Collins, Jacinda Barrett, Dash Mihok, Cloris Leachman and Michael Arden.

Good Deed Entertainment has released the following synopsis for ‘So B. It’:

For as long as Heidi (Bateman) can remember, her mother, Sophia Lynne (Collins), has had only 22 words in her vocabulary. That’s fine with the precocious 12-year-old. She and Mama live happily, in the bubble of love and protection provided by their remarkable neighbor, the nurturing but agoraphobic Bernadette (Woodard).

Then one day a new word pops out of Mama’s mouth – the mysterious “soof” – and it changes everything. Heidi is propelled on a solo cross-country journey of discovery, loss, truth and identity. Secrets boil to the surface and long-hidden fears are faced, as Heidi finally learns who she is and where she and her childlike Mama came from.

Title
So B. It Trailer
Description

Good Deed Entertainment has released the official trailer for director Stephen Gyllenhaal's drama, 'So B. It,; which stars Talitha Bateman and Alfre Woodard.