The world’s leading singers and instrumentalists often receive all of the recognition for creating the most iconic moments in music history. But those celebrated songs wouldn’t have turned out the same way if they didn’t have the contributions of their backing musicians. Those talented instrumentalists are being honored in the new music documentary, ‘Hired Gun: Out of the Shadows, Into the Spotlight.’ In honor of the film’s theatrical release, Shockya is premiering an exclusive clip, which features an interview with honored music producer, Dave Foster.

‘Hired Gun’ is set screen in several hundred theaters tonight at 7:30pm local time, courtesy of Fathom Events. Fans can find their nearest theater and get tickets at the movie’s home page on Fathom Events’ website, or at the box offices of participating theaters. The theatrical run comes after the documentary became a fan favorite on the film festival circuit.

“‘Hired guns have been an important lynchpin in the industry throughout modern musical history,” Fathom Events’ Vice President of Programming, Kymberli Frueh, said. “You may never know their names, but you have heard them play, and we are thrilled to help bring their stories to the big screen for one night in celebration of these incredibly talented musician

Of the documentary, Strine said, “The music fans who come out to see it should expect an immersive musical experience. ‘Hired Gun’ is a music documentary with passion and talent at its core, digging deep and ripping the curtain back to expose what it’s really like to tour and record with the legends.” 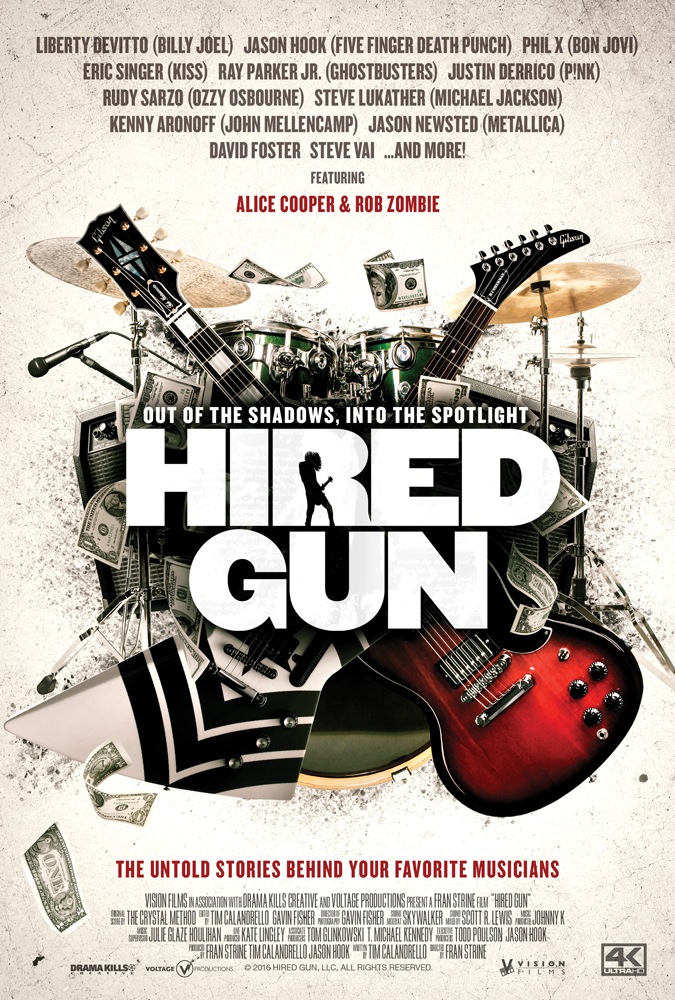