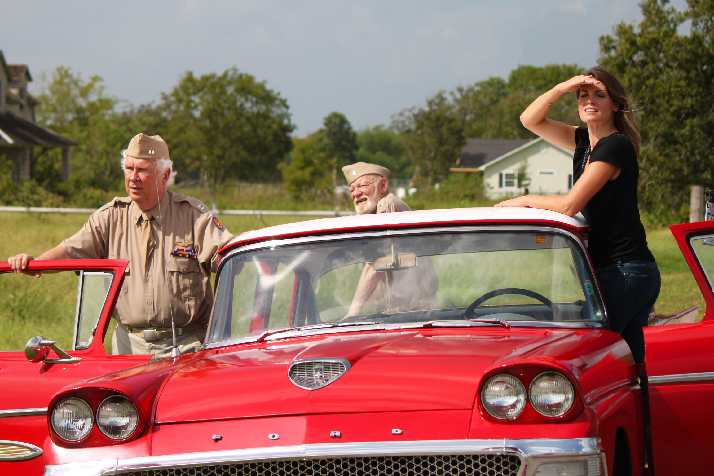 A protagonist struggling to find their true identity is one of the most celebrated storylines in modern cinema. But not all coming-of-age stories are based on the emotional journeys of teenagers and young adults, as a group of senior citizens fight to find the purpose in their lives is one of the main sources of conflict in the drama, ‘Last Man Club.’ Many of the main characters in the gripping movie are World War II veterans who are determined to retain their dignity and right to choose where they want to spend what may be their final days.

That fight is coming home, as the film is now on DVD, VOD and all digital platforms from Freestyle Digital Media. The movie is now available on home release, following its theatrical distribution and film festival circuit run.

In celebration of the ‘Last Man Club’ home release, Shockya is offering five lucky winners a DVD of the drama. To enter, email, us at ShockyaGiveaway@aol.com. Let us know that you’re entering to win the ‘Last Man Club’ DVD giveaway in the email’s subject line and message. You have until next Thursday, July 6 to enter, and you can enter the contest once daily. After July 6, we’ll pick the winners at random and notify them through email. Good luck!

The following synopsis has been released for ‘Last Man Club’ by Freestyle Digital Media:

WWII veteran John “Eagle” Pennell (MacKrell_ is a day away from being sent to a retirement home. He escapes in his late wife’s 1958 Ford Fairlane and embarks on a cross-country journey to find the last surviving members of his B-17 crew with the help of a beautiful young accomplice, Romy (French). The fulfillment of an oath is Eagle’s destiny, but what he discovers along the way is a life-affirming view of himself and forgiveness for his family who is trying to stop him. Once reunited with his remaining crewmen, they venture through the backroads of America in a race to complete their mission, as the police, the FBI, a dangerous gangster and Eagle’s family try to figure out this band of geriatric’s next move.