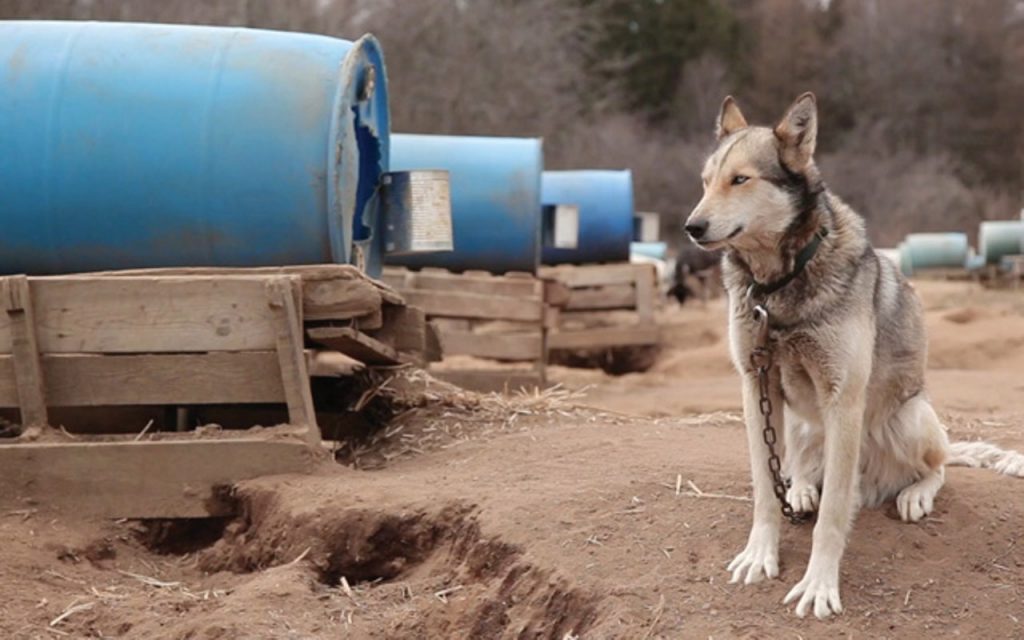 Photo from the film ‘Sled Dogs’.

Have you been hearing Americans who say that they would like to leave and emigrate to Canada? To bolt from the good ol’ USA, which opens its arms to huddles masses learning to breathe free? After all Canada welcomed our young people who didn’t want to serve in the immoral Vietnam War. And in Canada if you get sick, you never die, because all you do is show a card and you get even the complicated heart transplant surgery free. What’s more their prime minister is young, good looking, and progressive.

But wait! Maybe we can tell these roving Americans something about Canada that they ignore. First, Canadians have the gall to demand that we, good neighbors that we are, use our passports to enter when they had always trusted drivers’ licenses. In Newfoundland, they club baby seals. In Quebec they want to clog our arteries and send our glucose soaring with their two principal food exports, bacon and maple syrup. And here’s something you didn’t know: in Whistler, B.C., the major town that welcomes tourists to Vancouver, they kill dogs. Yes, it’s true. British Columbia, which runs dog sledding events for tourists paying to see them, lent part of its land for a mass grave of one hundred sled dogs, buried and forgotten, shot or who knows? These dogs were no longer useful to the company, which we suspect was on the rough end of an unprofitable season. Usually dogs which are not superannuated and can no longer be used by people are sent to the pound or to rescue groups, but not only were these dogs killed: investigators found pamphlets describing how to euthanize, which includes information on putting the dogs on their backs, standing on them, which often breaks their ribs, and shooting them directly into the brain.

Dog sled features are run in other parts of Canada, particularly Ontario, but let’s not let the U.S. off. Mushers (those who drive the dogs) in the United States, a country known for freedom, have no problem chaining their sled dogs up day and night during the off seasons, barely feeding them, and considering the foot legged athletes to be property—as in Canada they legally are. In the annual Iditarod race to Nome, Alaska, dogs are sometimes left at checkpoints along the road on this 1,000 mile marathon, unable to continue, their pads sore and their spirits down, all in the sport of making money.

If you see a parallel of animal abuse in the circus—the Ringling Bros. events which thankfully have gone out of business after being nailed for beating elephants and lions—and to a lesser extent the aquarium events that feature tricks for dolphins–you are right. As PETA, the most important organization fighting not only for animal welfare but for animal rights, regularly says, animals are not for us to abuse. A chicken is not a nugget. As America continues to move leftward politically (notwithstanding the freakish victory for the Republican presidential candidate), animals may ultimately join the trend that has liberated witches, indentured servants, the enslaved, women, labor unions, LGBTQ and all functions that deprive animals of their natural lives will be freed.

As for the quality of “Sled Dogs,” I wish it were not so repetitious, so intent on projecting talking heads ad infinitum, so that eighty-two minutes it had already outlasted its welcome. As scene blended into recurring scene, the movie became the kind of mush that is otherwise reserved for sled drivers.