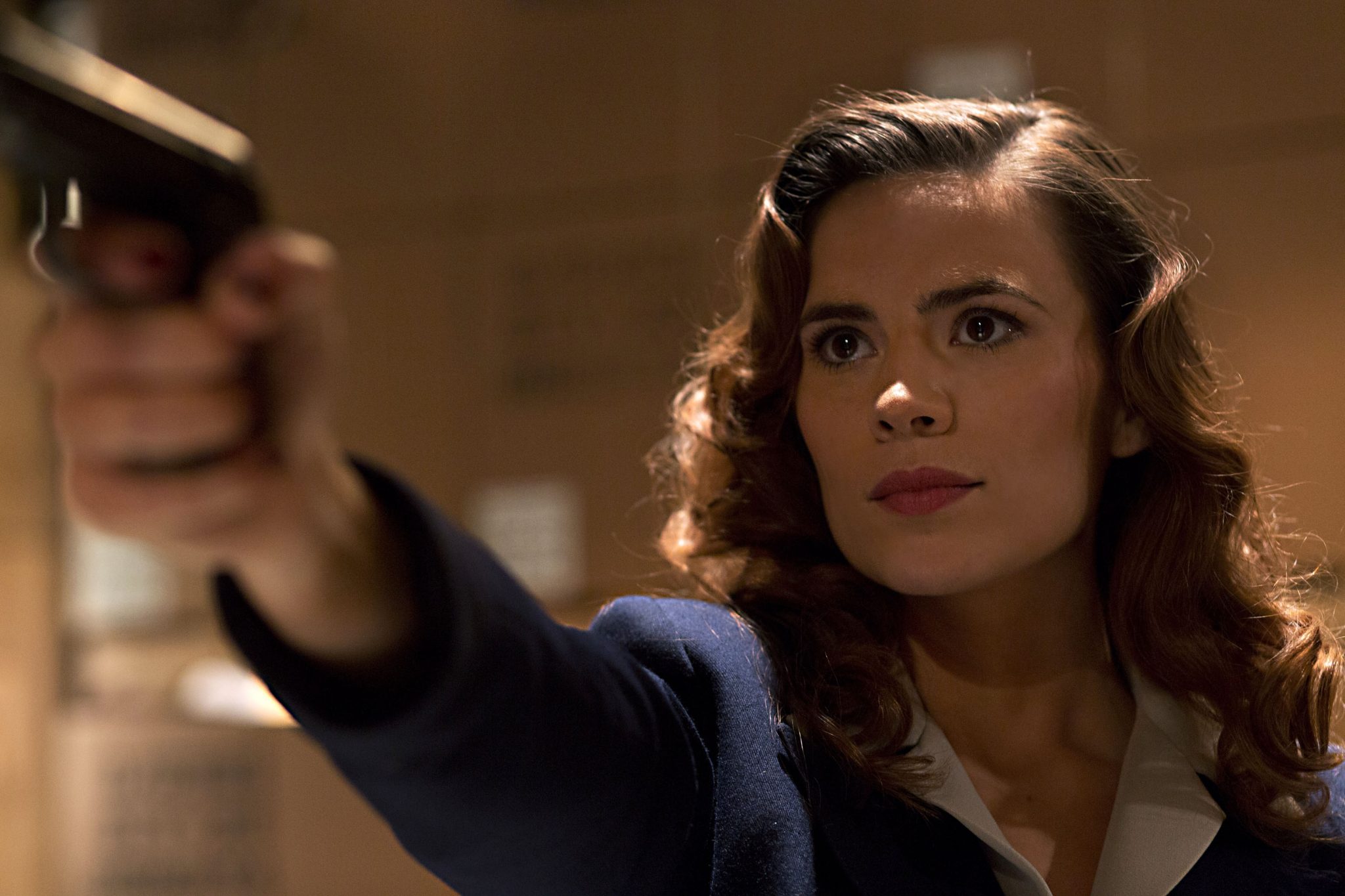 Having the opportunity to appear in the Marvel Cinematic Universe (MCU) is a high honor for Hollywood actors, especially those who wish to pursue and maintain a career in the action genre. Talented British actress Hayley Atwell is one such performer who strongly knows and appreciates the value of appearing in the shared superhero universe. Having portrayed Agent Peggy Carter since 2011, when she made her first appearance in the MCU as a main character in ‘Captain America: The First Avenger,’ the actress has now expressed interest in continuing the role.

After playing the title role in ABC’s television series, ‘Agent Carter,’ which ended its two-season run last year, Atwell has expressed her interest to star in her own solo Marvel movie. The performer’s desire to continue playing Peggy is an understandable one, since the character has contributed heavily to Captain America’s arc in the MCU since Phase 1.

Despite the agent becoming a fan-favorite in ‘Captain America: The First Avenger,’ especially since she was a potential love interest to the title character’s alter ego, Steve Roger, Marvel’s ability to continue Peggy’s storyline moving forward may prove to be difficult. The Avenger‘s first solo movie was set in the 1940s, while the rest of the MCU is set in the modern day. Plus, the agent’s funeral scene in the third Captain America solo film, last year’s ‘Civil War,’ seemed to signal the MCU’s final farewell to the female character on the big screen.

Despite that seeming end, Atwell has publicly expressed her interest in continuing to play Peggy in more MCU movies. During an interview with IGN, the Golden Globe-nominated actress revealed:

I’d love to see (Peggy) more in films. I’d love to see her in her own film…I feel very privileged to be part of something that people really love and that entertains them…She’s a force of good and there are a lot of social media sites where girls and guys have come together and become good friends on an international scale because of their belief in some of the values that Peggy talks about. That provides them with a different connection than a family situation or school situation that they don’t really feel they have a place in. That’s really cool to me. So I’m very happy to be a part of that world and keep that going.

Despite Marvel Studios, the production company that makes the MCU films, not officially commenting on the possibility of a Peggy Carter solo movie just yet, there is sufficient interest from both Atwell and her fans. Even if Marvel doesn’t greenlight a solo movie for Agent Carter anytime soon, there would still be a perfect opportunity to bring the character back in the upcoming film, ‘Captain Marvel.’ It was recently announced that the new movie, which will be led by Brie Larson in the title role, will be set in the 1990s, which will give Marvel the chance to bring an older Peggy back to the MCU. Hopefully Marvel Studios will take notice of the wishes of Atwell and her fans, and feature the actress as Agent Carter on the big screen again soon.