What Finn will look like in his First Order officer disguise is one of the most anticipated components of the upcoming eighth installment of the ‘Star Wars‘ film series. Devoted fans who are anxious to see the outfit that actor John Boyega‘s character, who was first introduced in ‘The Force Awakens‘ as the conflicted stormtrooper designated as FN-2187, have finally been given the opportunity to take a look at the clothes the character will don in ‘The Last Jedi.’

As reported on Screen Rant, a new image of Finn in his First Order officer uniform has been leaked. The photo features the upcoming action figure for the character, who was named Finn when he helped Oscar Issac‘s character, Resistance pilot Poe Dameron, from Starkiller Base in the first entry in the ‘Star Wars‘ movie sequel trilogy.

However, Finn has reluctantly agreed to take his heroic duties back on in the follow-up to 2015’s hit ‘Episode VII.’ Finn is set to embark on an undercover mission with new character Rose, who’s portrayed by Kelly Marie Tran. The duo will be fighting back against the First Order, which will take them on a dangerous mission.

In honor of Finn and Rose’s treacherous mission, Twitter user Victoria’s Cantina shared the leaked image of Boyega’s character, which can be seen below. The First Order Officer Finn figure appears as though it will be a 6-inch statue that will be in the Black Series. The figure will be released by Hasbro as a collectable, and will retail for a higher price than the standard 3 3/4-inch figure.

Finn’s new figure will be accompanied by a weapon that bears a striking resemblance to the stormtrooper’s TR-8R shock stick, which was used in a battle with Finn in ‘The Force Awakens.’ The weapons’ inclusion with Finn’s figure suggests that it will also be seen in ‘The Last Jedi.’ The First Order Officer Finn figure will likely become available during the roll-out of toys on Force Friday II on September 1. 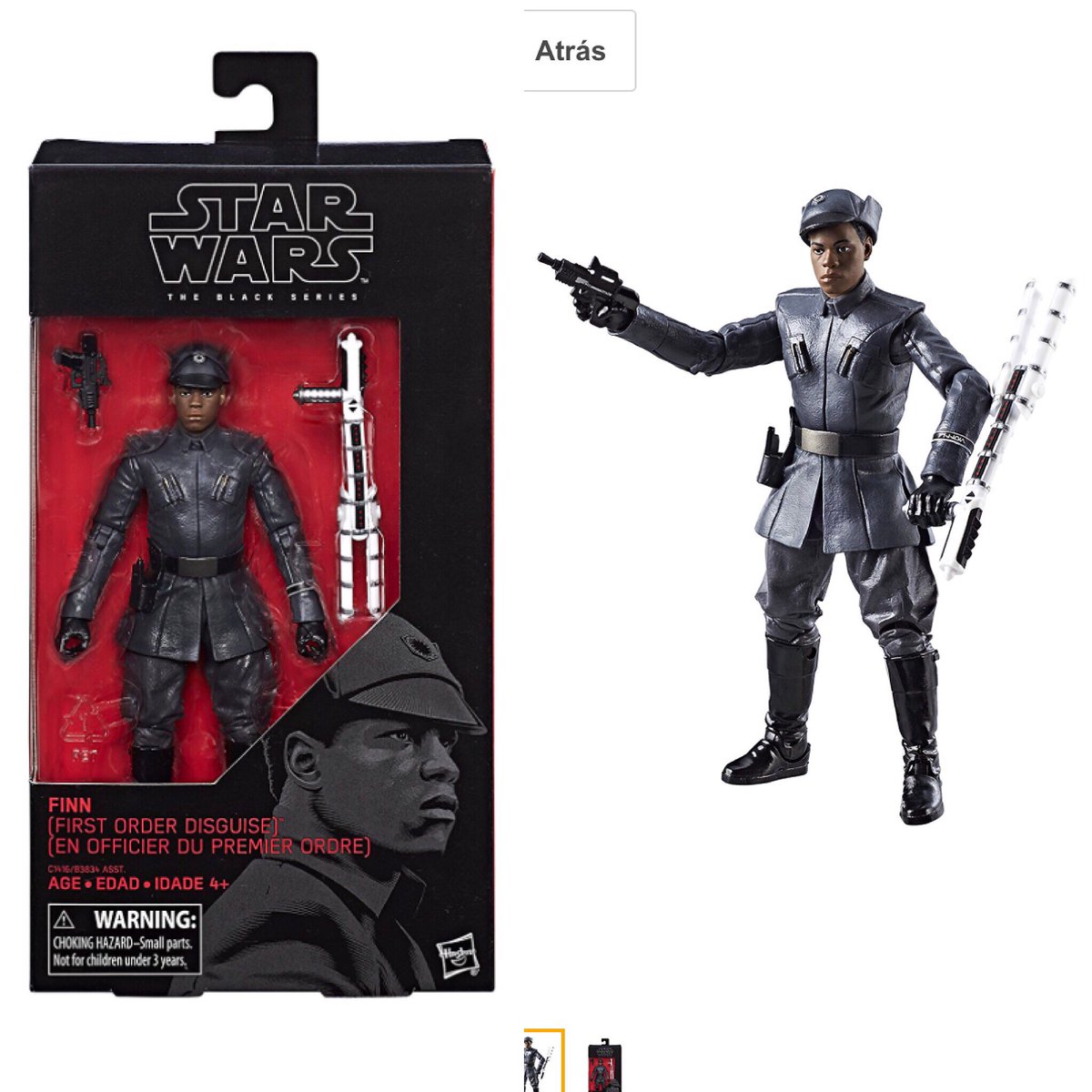