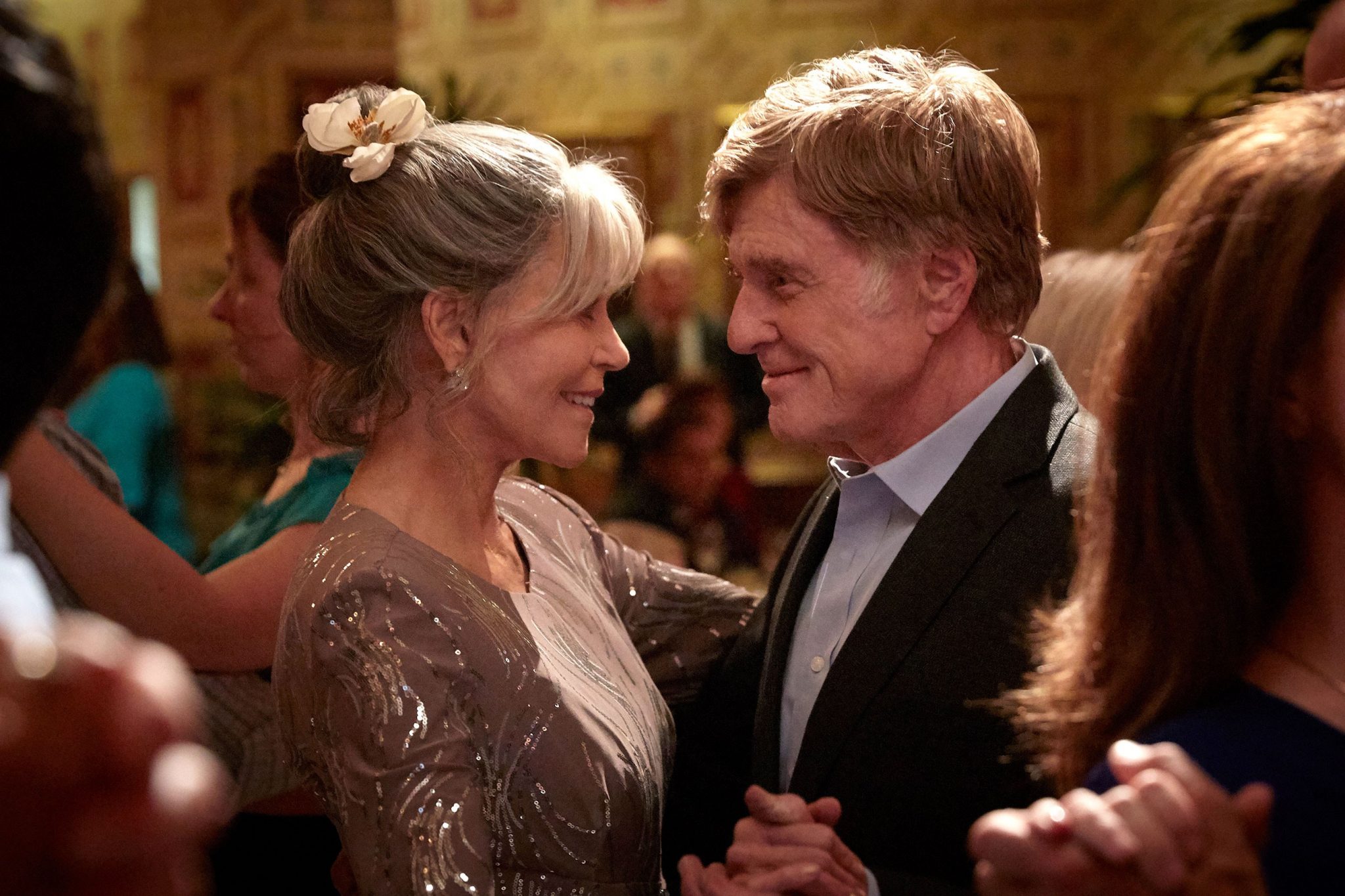 Jane Fonda and Robert Redford star in director: Ritesh Batra’s romantic drama, ‘Our Souls At Night,’ which had its world premiere at the Venice Film Festival.

Title: Our Souls At Night

As time rolls by and old age takes over, it might be tricky to fall asleep alone.  This is what inspired the novel by Kent Haruf, ‘Our Souls At Night,’ that has become a Netflix film. The movie was presented at the 74th Venice Film Festival, with a ceremony that bestowed the Golden Lion lifetime achievement award to its protagonists: Jane Fonda and Robert Redford.

The screen-couple that had charmed audiences in the 1966 thriller ‘The Chase,’ the 1979 ‘The Electric Horseman,’ but most importantly playing newlyweds in the 1967 romantic comedy ‘Barefoot in the Park,’ reunited to play two widowed neighbors who develop an unexpected relationship in the tiny fictional town of Holt in Colorado. “I was looking forward to making another film with Jane, after 47 years before I die,” explained Robert Redford. The same enthusiasm on the work reunion was expressed by Jane Fond: “This is a man who has had a profound impact on American cinema, with his incredible work with the Sundance Film Festival, and it was wonderful to fall in love with him again.”

The adaptation from book to screen was craftily written by Scott Neustadter and Michael H. Weber who have provided soulful dialogues to the characters, who are brought to life with composed intensity by the legendary Hollywood duo Fonda-Redford, along with the rest of the accomplished cast – Matthias Schoenaerts, Judy Greer, Bruce Dern, Iain Armitage, Fred Osborne, Rachel Hergert.

Love during the third age has more nuance than puppy love. The enthusiasm of sharing experiences, playing house and being involved with all couple activities is equal to relationships of any age. But the characters’ baggage and the lessons they’ve learnt, provide them with a different awareness that make them live their twosome with ease. For Addie Moore and Louis Waters the quintessence of happiness is living out their day and talking about it to each other at night before falling asleep.