Suspense, action and humor are returning to the high seas, as the outrageous, swashbuckling scoundrel, Jack Sparrow, is again feeling the winds of ill fortune strongly blowing his way. The eccentric captain must once again fight for his life in ‘Pirates of the Caribbean: Dead Men Tell No Tales,’ as deadly ghost sailors, who are led by the terrifying Captain Salazar, escape from the Devil’s Triangle, and are bent on killing every pirate at sea, notably Jack.

The fight between the captain and sailors is heading home, as the adventure movie is being distributed on Digital in HD and 4K Ultra HD today by Disney and Jerry Bruckheimer Films. The digital release will be followed by the sequel’s distribution on 4K Ultra HD, Blu-ray Combo Pack, DVD and On-Demand on October 3.

The fifth installment in the ‘Pirates of the Caribbean’ series was produced by Jerry Bruckheimer and directed by Joachim Rønning and Espen Sandberg. The fantasy follow-up was written by Jeff Nathanson, and is based on story he created with Terry Rossio. The movie stars Johnny Depp, Javier Bardem, Brenton Thwaites, Kaya Scodelario, Kevin R. McNally, Golshifteh Farahani, David Wenham, Stephen Graham and Geoffrey Rush.

The bonus material that’s featured on the ‘Pirates of the Caribbean: Dead Men Tell No Tales’ home distribution includes a collection of behind-the-scenes, making-of stories, including a conversation with Rønning and Sandberg; a sit-down with Thwaites and Scodelario, the two young newcomers who play Henry and Carina; the secrets behind the menacing new villain, Salazar, and his ferocious ghost sharks; an on-set visit with Jack’s first mate from all five films; a chat with Sir Paul McCartney, who played Uncle Jack; and a discussion about the franchise’s legacy. The fantasy sequel’s home release with hilarious bloopers, deleted scenes and memories from Bruckheimer’s photo diary. 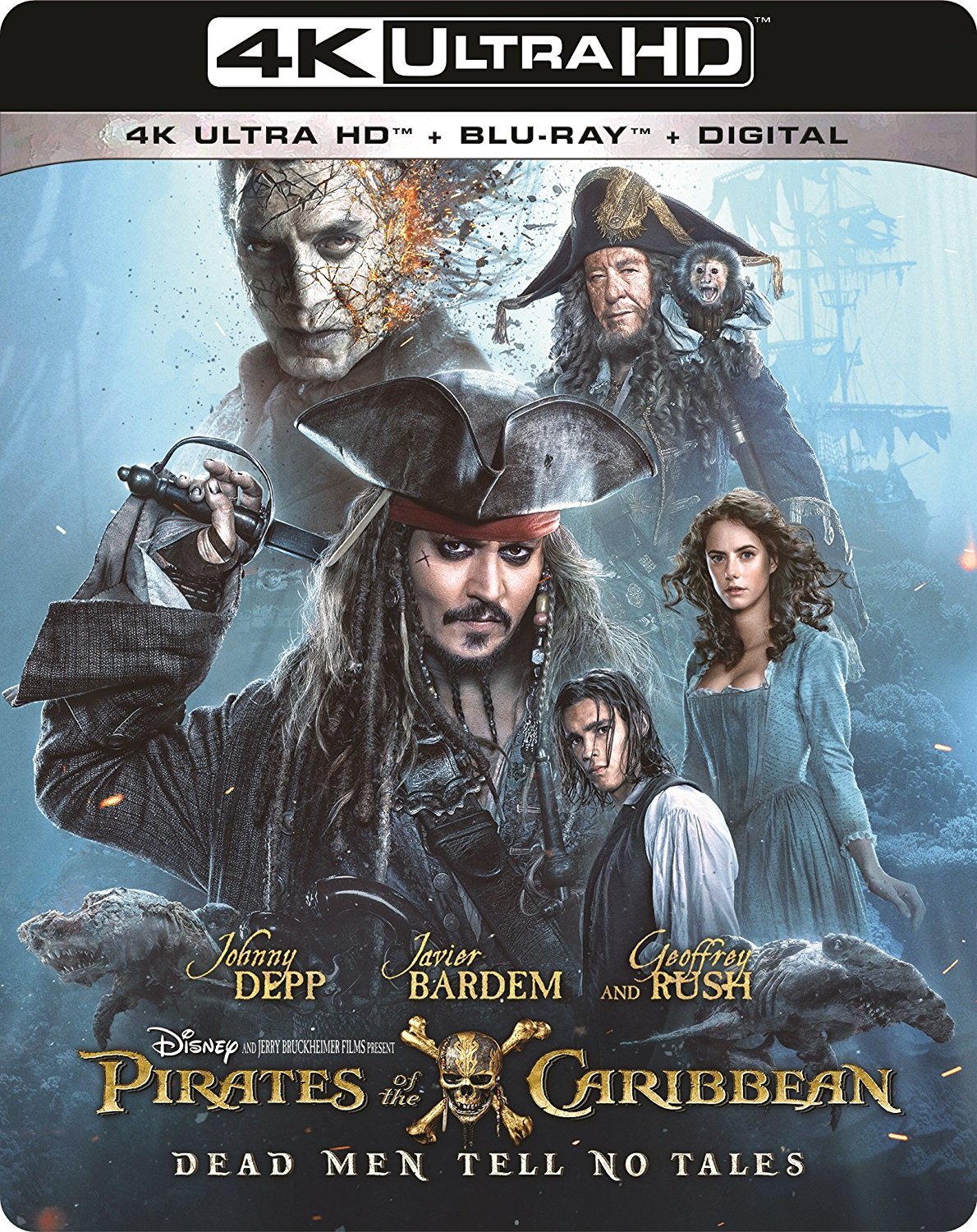