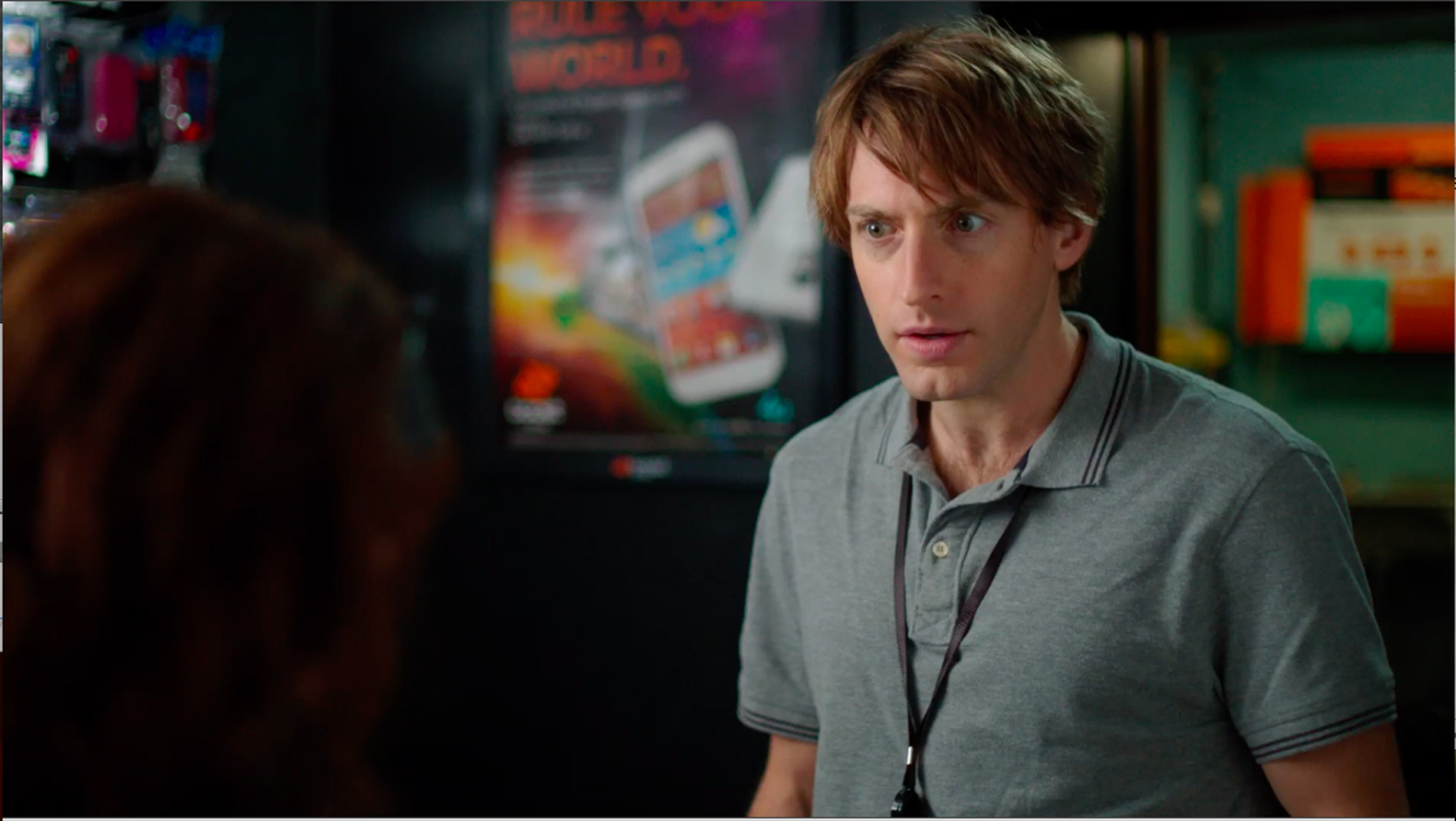 Trying to impress a potential employer by exaggerating previous work experience is a tactic many utilize in order to secure a job. That’s certainly the case for Fran Kranz’s character in the upcoming independent comedy, ‘The Truth About Lies.’ In honor of the romantic movie being released in theaters and on digital on October 27 by Blue Fox Entertainment, Shockya is premiering an exclusive clip from the film, which is titled ‘New Guy.’

Blue Fox Entertainment has released the following synopsis for ‘The Truth About Lies’:

Gilby Smalls is having a meltdown. He’s just been fired from his job, lost his apartment in a fire and his girlfriend gave him the boot, so he’s forced to move in with his booze-swindling man-obsessed mother. Life is bleak, and as he’s desperate to turn things around, he meets his friend’s beautiful sister, who appears to be everything he ever wanted. Desperate to impress her, Gilby weaves a web of lies, one bigger than the next until he finds himself in too deep, when the truth proves to be too much to admit and even harder to accept.

For more information on ‘The Truth About Lies,’ visit the romantic comedy’s Facebook page.

Shockya is premiering an exclusive clip from writer-director Phil Allocco's comedy-drama, 'The Truth About Lies,' which is titled 'New Guy.'