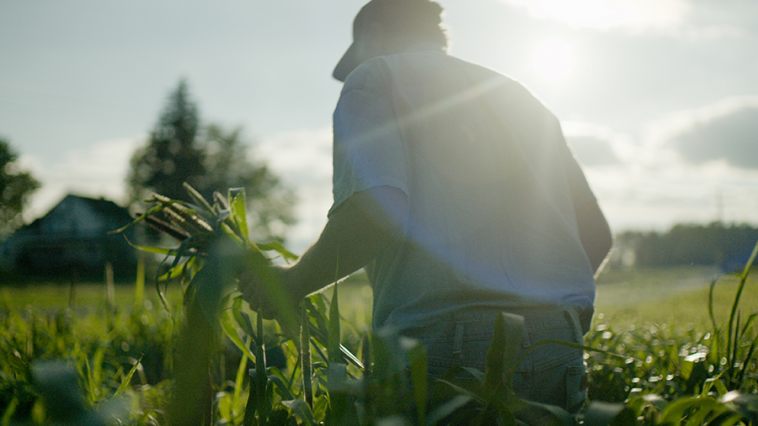 Photo from the film Wasted: A Story of Food Waste

I was around during World War 2 when Europe was in bad shape. My mother regularly scolded me if I left food over—spinach, broccoli, raw carrots—moralizing that masses of people in Europe would love to have the great stores of food with which Americans are gifted, and the usual reply, “Why not send this food to Europe instead of throwing it out?” was met with a confused reply. Nowadays kids here might be told of the poor people in rural North Korea who are eating grass, and that because of them and others in “developing” nations, we should eat everything on the plate and waste nothing.

That advice was not necessarily good: after all we have an obesity epidemic in the U.S. But what should we do if we cannot finish what’s on our plates? More important, what should the giant supermarkets and even industrial farmers do, given the fact that we are now wasting from one-third to forty percent of what we produce?

Anthony Bourdain comes to the rescue as the narrator of “Wasted,” a master chef whose CNN program “Parts Unknown” reaches us whether Mr. Bourdain is in New York, Singapore, Laos or just about everywhere else in the world. Firing off statistics right and left, such as “Eight hundred million people are going to bed hungry” and bringing these statistics to splendid life, writer-directors Anna Chai and Nari Kye have filmed in Milan, Tokyo, New York, Seoul, New Orleans, and other spots to show various ways we can either cut back on the waste or do something with the massive amount of food we overbuy and then toss out.

Through interviews and graphic footage giving the impression that annually a Mount Everest of food is not consumed, the documentarians show us how we can both conserve food and turn it into use rather than throw everything into landfills—where we find out that lettuce takes a year or even far more to disintegrate.

For example, in our schools, kids are likely to throw out much of the nutritious lunches that they get because they simply do not like anything besides chocolate milk, pizza and potato chips. At a grade school in New Orleans, the young pupils actually grow vegetables. It they grow it, they’ll eat it, and that’s good psychology.

On a larger scale, though, food can be transformed into compost and fed to animals, and what’s more the grub that pigs get makes the meat that they ultimately become “the tastiest pork I’ve ever eaten,” says one interviewee. One charitable grocer in a poor section of New York is able to get food from supermarkets that are beyond their expiration date and sell it to the folks at a heavily discounted price. Expiration dates, we learn, are not sacrosanct: most food is perfectly good after the date that the big markets are obliged to trash it.

You’d think that some of the great chefs of the world would use only the most expensive products to put to the fire, but instead, they tell of how they have successfully experimented with scraps to create new dishes with names that could start the saliva flowing. Would a seafood house succeed with “junk fish” on the menu? OK, then change the name of the parts of fish that people eschew and call it bouillabaisse and you’re in business.

Though documentary lovers and foodies may provide a good audience for “Wasted,” they are of course a tiny segment of the world. Yet this is a pic that many folks whose idea of a good evening at the theater consists of “Terminator” and “Star Trek” would gain significant knowledge of a concept that they rarely think about. Do you know exactly what happens to the food that you throw into the trash? Most go to landfills. Landfill gas is approximately forty to sixty percent methane, with the remainder being mostly carbon dioxide. Trace amounts of other volatile organic compounds comprise the remainder (<1%). These trace gases include a large array of species, mainly simple hydrocarbons. Of so says Wikipedia. Landfill gases have an influence on climate change. The major components are CO2 and methane, both of which are greenhouse gas. In terms of global warming potential, methane is over 25 times more detrimental to the atmosphere than carbon dioxide. Landfills are the third largest source of methane in the US. Now what will you do to make your contribution to purer air? Unrated. 85 minutes. © Harvey Karten, Member, New York Film Critics Online
Comments, readers? Agree? Disagree? Why?