Sometimes the only way a notorious criminal can be caught is for the officers who are investigating the case to begin thinking like, and be put in the same position, as the suspect. That’s certainly the case for the police who are hunting for the title serial killer in the thriller, ‘The Limehouse Golem.’ The gripping investigation into the murderer’s identity is being brought to life again today, as RLJ Entertainment (RLJE) is releasing the movie on DVD and Blu-ray.

In celebration of ‘The Limehouse Golem’s home release, Shockya is offering two lucky winners a DVD of the horror film. To enter, email, us at ShockyaGiveaway@aol.com. Let us know that you’re entering to win the ‘The Limehouse Golem’ DVD giveaway in the email’s subject line and message. You have until next Tuesday, November 14 to enter, and you can enter the contest once daily. After November 14, we’ll pick the winners at random, and notify them through email. Good luck!

RLJE will release ‘The Limehouse Golem’ on DVD for an SRP of $27.97, and on Blu-ray for an SRP of $29.97. The discs will include such bonus features as behind-the-scenes featurettes about the cast, locations, look, and the making of the movie.

The drama’s home distribution comes after it had its World Premiere at the Toronto International Film Festival last year. It then went on to become an Official Selection at last year’s Sitges Film Festival, before it was released on theaters and VOD on September 8.

Peter Ackroyd’s 1994 novel, ‘Dan Leno and the Limehouse Golem,’ inspired the script for ‘The Limehouse Golem,’ which was written by Jane Goldman. The film was directed by Juan Carlos Medina, and stars Bill Nighy, Olivia Cooke, Douglas Booth, Daniel Mays and Eddie Marsan.

‘The Limehouse Golem’ is set in the city of London, which is gripped with fear as the title serial killer is on the loose, and leaving cryptic messages written in his victims’ blood. With few leads and increasing public pressure, Scotland Yard assigns the case to Inspector Kildare (Nighy), who’s a seasoned detective with a troubled past and a sneaking suspicion he’s being set up to fail. Faced with a long list of suspects, including music hall star Dan Leno (Booth), Kildare must get help from a witness who has legal troubles of her own (Cooke), so he can stop the murders and bring the killer to justice. 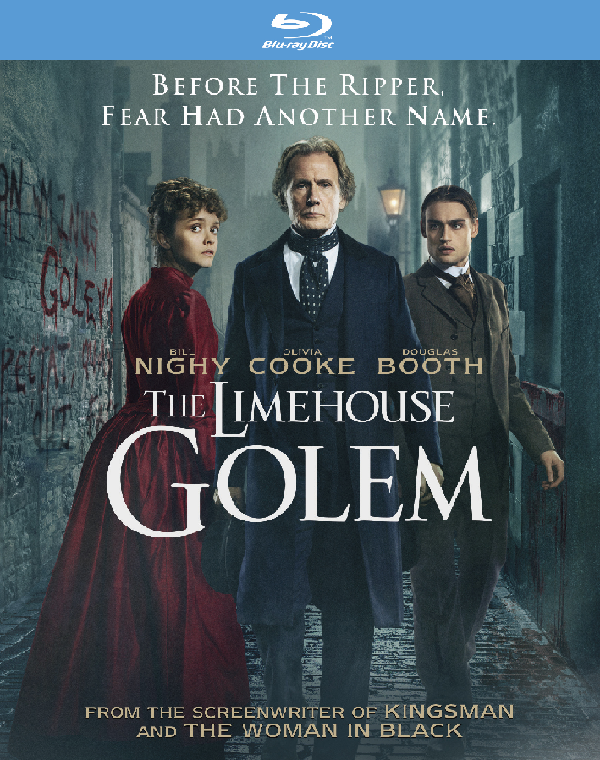