In an all-new take on Mahjong, one of the world’s most popular games, fans can now expose the truth in one of society’s most famous murder mysteries, Agatha Christie’s ‘Murder on the Orient Express.’ The new mobile game, ‘Mahjong Crimes,’ is exclusively unraveling puzzles to reveal clues and crack the mystery of the celebrated detective story.

In celebration of the ‘Mahjong Crimes’ game release, Shockya is offering one lucky winner a Mahjong Rubik’s Cube and a $20 iTunes or Google Play gift card. To enter, email us at ShockyaGiveaway@aol.com. Let us know that you’re entering to win the ‘Mahjong Crimes’ giveaway in the email’s subject line and message, and whether you’d like to receive the iTunes or Google Play gift card. You have until next Thursday, November 16, to enter, and you can enter the contest once daily. After November 16, we’ll pick the winner at random and notify them through email. Good luck!

In ‘Mahjong Crimes,’ 250 levels of Mahjong Solitaire unlock clues as gamers travel through five different scenarios within the iconic mystery. As users climb into their elegant compartment aboard the Orient Express, they’ll be faced with one of seven inscrutable varieties of the classic tile-matching game. They may have to beat the clock to reveal a hidden clue. Or the tiles may have letters rather than Chinese characters, and matching those letters spells out an important facet of the case. ‘Mahjong Crimes’ is the only Mahjong game to feature a Christie murder mystery.

The facts of the case:

• Mahjong and ‘Murder on the Orient Express’: two timeless classics combined into a single great game

• Power up to get ahead in the game

“It’s amazing to see Agatha Christie’s story taking shape so brilliantly in this 21st century medium,” said James Prichard, the Chairman and CEO of Agatha Christie Ltd. The executive also happens to be the writer’s great-grandson. 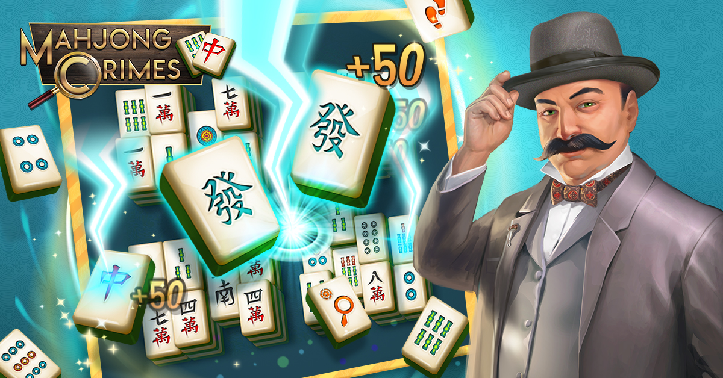