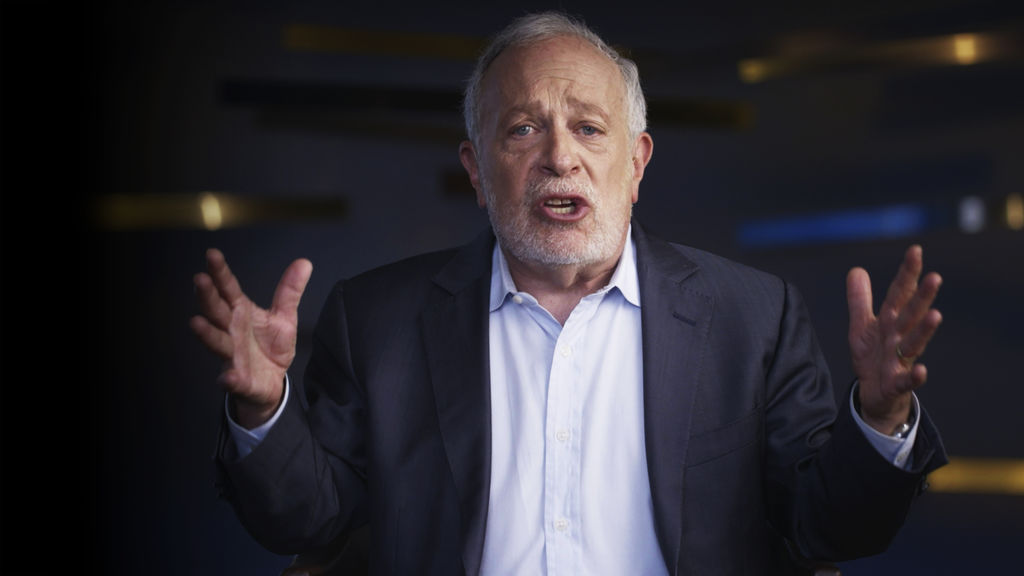 Photo from the film Saving Capitalism from Netflix.

If you knew nothing about Robert Reich; never read his books, never followed his work with several Presidential administrations including the post of Bill Clinton’s Labor Secretary; the first thing you’ll notice is his height. Robert Reich is under five feet tall, courtesy of Fairbanks disease which is a bone disorder that made him a target of bullies in his early years. Perhaps this bullying had much to do with his progressive politics, the view that the weak should not be pushed around by the strong. It helps, of course, that he graduated from Dartmouth College summa cum laude, and is an excellent speaker and professor who, in Jacob Kornbluth’s documentary “Saving Capitalism,” finds him on metaphoric soapboxes in colleges, in bookstore signings, and now, in a Netflix film.

If you sit back after seeing him discuss his many positions, you come away with his basic theme: that what ails our society today most is inequality. Vast sums of money go to the top; to the executive boards of big oil, pharmaceuticals, and what-have-you on the list of the Forbes 500 largest businesses in the United States. The result is manifold: for one thing, the workers are not getting their proper share of what they produce since too large a percentage of profits go to the suits; and for another, the difference between the average worker’s salary in a given company may be only one-hundredth or less of what the big bosses get. The result is political disaster. The politicians—some say in both parties notwithstanding the relative progressivism of Democrats—is more money going to policy-makers for their campaigns, thereby ensuring that they, and not the workers will set the tone for America.

Reich receives many appreciative laughs from his educated audiences in colleges, graduate schools and bookstores. Near the opening, he suggests two questions: he looks at the theme of the film, “Saving Capitalism,” and notes how conservatives and progressives might respond. The former might say, “You mean there’s something wrong with capitalism?” The latter, though, will query, “Why should we save it?”

Interestingly, Reich is not opposed to capitalism. He simply wants his version of our economic system to prevail, which is to say “People matter.” In an alarming statistic he points to the way the opinions of ordinary people on a particular piece of legislation may not mean much. Our lawmakers are heeding the words of lobbyists, the well-paid folks who pace about the lobbies of the House and Senate, a large percentage being former congressional reps who work for the corporations.

President Trump gets mention, shown in a segment of the G.O.P. primary debates, stating that as a businessman, he contributed to groups with various political agendas, which is to say that he did not give money only to the groups he favors. Then, he adds as though self-deprecating, when I need something from these legislators, I give them a call. They respond.

There is nothing in the film that you have not heard before, assuming that you’re in any way wonkish. If you’ve seen him in films like “Inequality for All,” “Made in America,” “The Trap: What Happened to Our Dream of Freedom,” and “Century of Self;” if you’ve looked at his publications: “Economics in Wonderland,” “Beyond Outrage,” “After Shock,” “Supercapitalism,” and of course “Saving Capitalism,” you make Dean’s list. Still, it’s refreshing to watch the guy after you’ve had it up to your neck in Trumpian lies; Reich is not quite the antidote, but every bit of resistance helps.