Danielle Harris is going under the knife in the upcoming theatrical distribution of her latest horror film, ‘Inoperable.’ The celebrated scream queen’s new movie is set to be release in theaters by ITN Distribution in Los Angeles, New York, Atlanta, Houston, Phoenix, Tampa, Miami, Orlando, Cleveland and Minneapolis for weeklong runs on December 1. In honor of the release, the distributor has unveiled the drama’s official trailer, poster and stills.

‘Inoperable’ was directed Christopher Lawrence Chapman. The filmmaker also co-wrote the script with producer Jeff Miller, who also runs Millman Productions. The movie’s theatrical distribution comes after Chapman and Miller attended its world premiere at last month’s FEARnyc, where it screened as the Closing Night Film.

In ‘Inoperable,’ Harris stars as Amy, a patient who wakes up in a seemingly evacuated hospital as a hurricane is approaching. She realizes the storm has awakened malevolent forces, which are trapping her in a time loop. So she must battle both nature and the supernatural, and escape the hospital before the storm passes, so that she doesn’t ends up trapped in its halls for eternity. 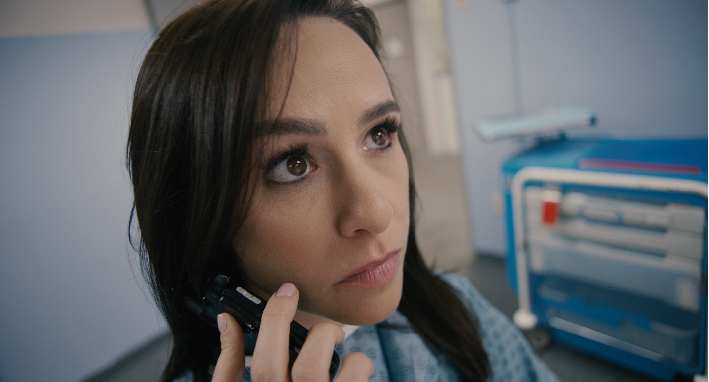