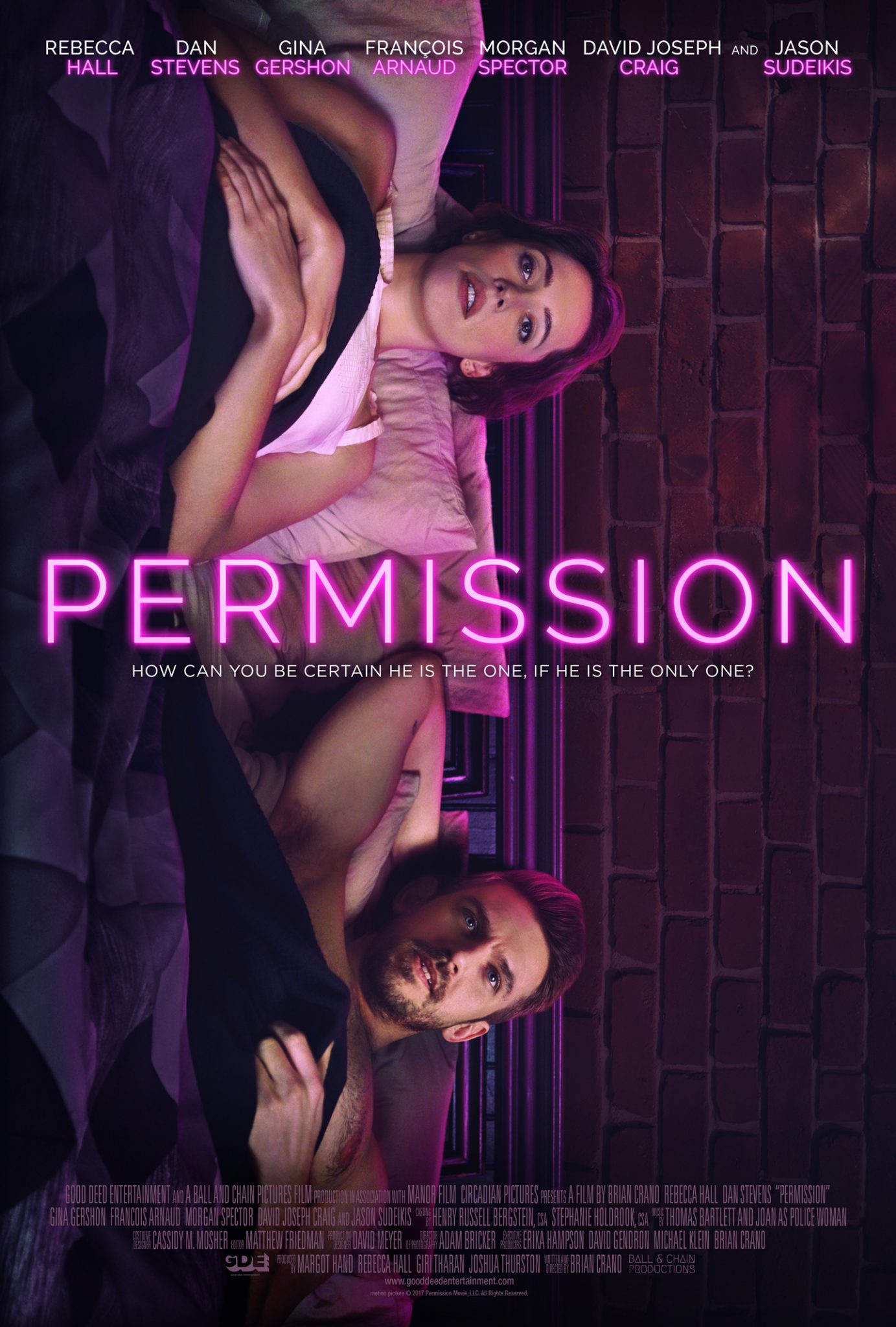 Sometimes the best way for someone to determine if the seemingly perfect person in their life is the only one for them is to form connections with other people. That’s certainly the case for Rebecca Hall and Dan Stevens’ characters in the upcoming romantic comedy-drama, ‘Permission.’ The debate over whether monogamy can really work between two young adults is explored in the movie’s newly released theatrical trailer and poster.

The film’s assets were unveiled to help promote its distribution in theaters on February 9, 2018 by Good Deed Entertainment. The official theatrical release comes after ‘Permission’ had its World Premiere in the Spotlight Narrative section at this year’s Tribeca Film Festival.

In addition to Stevens and Hall, the latter of whom also served as a producer, ‘Permission’ also stars Gina Gershon, Francois Arnaud, David Joseph Craig, Morgan Spector and Jason Sudeikis. The comedy-drama was written and directed by Brian Crano.

Good Deed Entertainment has released the following synopsis for ‘Permission’:

Anna (Hall) and Will (Stevens) were each other’s first every-things: first kiss, first love and first and only relationship. Now, 10 years in, at Anna’s 30th birthday party, as Will is about to propose, the couple’s best friend makes a drunken toast, and suggests that they should sleep around before their inevitable marriage. The joke lands like a lead balloon, but the thought lingers until Anna proposes that they try opening their relationship, as a sexual experiment. Together, they venture out of the purely monogamous boundaries of their relationship, and along the way, evolve.