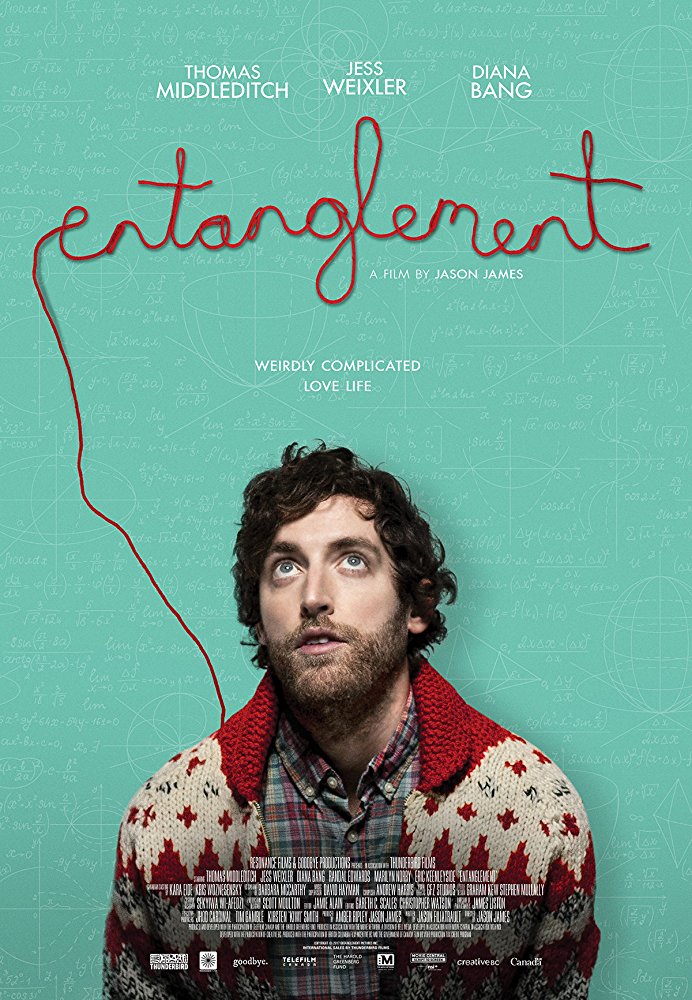 Finding their sense of purpose is an important discovery for many young adults who are still struggling to find their identity. Actor Thomas Middleditch is one such person, as his character in the upcoming romantic comedy, ‘Entanglement,’ is still pursuing his rightful place in the world. His inquiry will fully be examined when the movie’s released in theaters and On Demand and Digital HD on February 9, 2018 by Dark Star Pictures.

The movie was directed and by Jason James and written by Jason Filiatrault. In addition to Middleditch, ‘Entanglement’ also stars Jess Weixler and Diana Bang.

‘Entanglement’ follows Ben Layten (Middleditch) as he’s searching for the meaning of his existence. During the process, he uncovers a family secret that leads him to a woman named Hanna (Weixler). But when he and Hanna inadvertently fall in love, his life becomes increasingly and strangely complicated. Ben starts to realize that everything is amazingly and incredibly connected, and that the world might just be more inexplicable than he ever imagined.