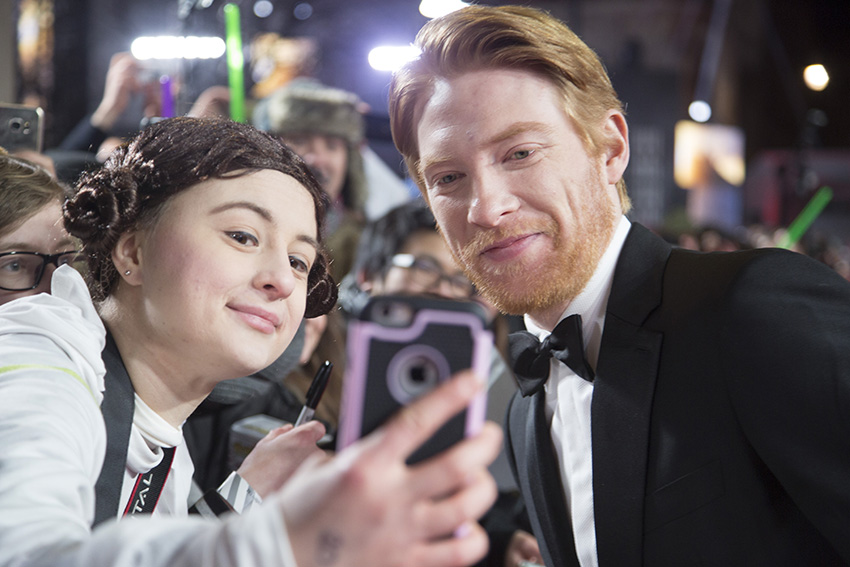 Although the movie doesn’t open in the U.S. until December 15, “Star Wars: The Last Jedi” has already premiered in London, England. Check out photos from the premiere above:

The Duke of Cambridge and Prince Harry attended the Royal Premiere, which was hosted to benefit The Royal Foundation of The Duke and Duchess of Cambridge and Prince Harry. The Royal Foundation invited more than 400 young people, military veterans and volunteers who have taken part in its programs to join Their Royal Highnesses at the premiere. The premiere was an opportunity to recognize and celebrate people who have worked so hard to change their lives and the lives of others.

Following the events of The Force Awakens, Rey begins her Jedi training under Luke Skywalker, who is unsettled about Rey’s immense strength with the Force. Meanwhile, the Resistance prepares to continue the fight against the First Order, which is led by Kylo Ren and the mysterious Snoke.