Director Clint Eastwood is celebrating real-life heroes again in his latest biopic, ‘The 15:17 to Paris,’ whose official trailer has been unveiled by Warner Bros. Pictures. The video highlights how three Americans, including Spencer Stone, Anthony Sadler and Alek Skarlatos, thwarted an ISIS attack on a train that was headed to Paris in 2015.

The trailer for the film focuses on the three Americans, who are played by themselves, as they embark on the latest adventure of their European vacation. While on the train, panic ensues as an armed terrorist roams the aisles. The video also highlights the friends’ childhoods, military training and combat experience that leads up to the attack.

The drama is based on the autobiography of the same name, ‘The 15:17 to Paris: The True Story of a Terrorist, a Train and Three American Heroes,’ which was written by Jeffrey E. Stern, Stone, Sadler and Skarlatos. The movie’s script was written by Dorothy Blyskal.

‘The 15:17 to Paris,’ which is set to be distributed in theaters by Warner Bros. Pictures on February 9, 2018, also stars Jenna Fischer, Judy Greer and Ray Corasani. The biopic also features Paul-Mikel Williams, Max Ivutin, Bryce Gheisar, Cole Eichenberger and William Jennings, who play younger versions of Sadler, Skarlatos and Stone.

Warner Bros. Pictures has released the following synopsis for ‘The 15:17 to Paris’:

In the early evening of August 21, 2015, the world watched in stunned silence as the media reported a thwarted terrorist attack on Thalys train #9364 that was bound for Paris. The attempt was prevented by three courageous young Americans who were traveling through Europe. The story also follows the course of the friends’ lives, from the struggles of childhood through finding their footing in life, to the series of unlikely events that lead up to the attack. Throughout the harrowing ordeal, their friendship never wavers, which is their greatest weapon, and allows them to save the lives of the more than 500 passengers on board. 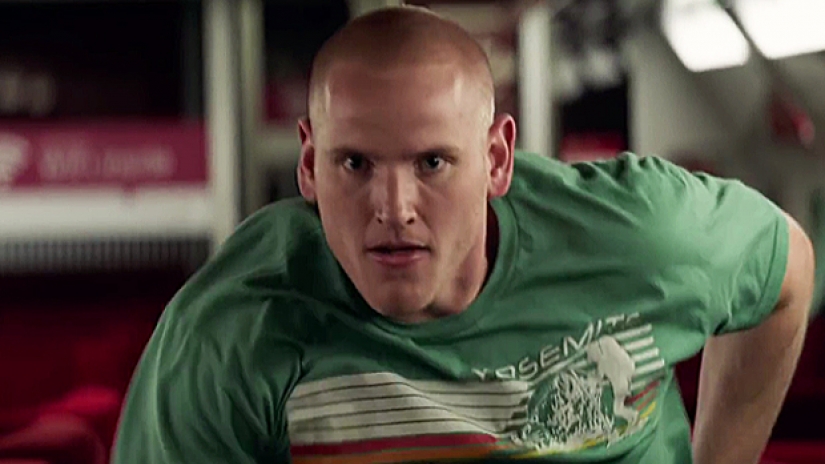 Warner Bros. Pictures has release the official trailer for the biographical drama, 'The 15:17 to Paris,' which was directed by Clint Eastwood.