People of all generations and backgrounds are drawn to the mysteries of the afterlife, and how it continuously influences and affects their living selves. The exploration into the impact that death has on the living is highlighted again in this year’s remake of the 1990 sci-fi drama, ‘Flatliners,’ which is now available on Digital HD .

With the contemporary update also being unveiled on Blu-ray and DVD on Tuesday, December 26 by Sony Pictures Home Entertainment, Shockya is offering three lucky winners a Blu-ray of the horror film. To enter, email, us at ShockyaGiveaway@aol.com. Let us know that you’re entering to win ‘The Flatliners’ Blu-ray giveaway in the email’s subject line and message. You have until next the Blu-ray’s release date on December 26 to enter, and you can enter the contest once daily. After December 26, we’ll pick the winners at random, and notify them through email. Good luck!

The bonus content for the supernatural thriller’ home distribution includes two behind-the-scenes featurettes. The clips include ‘Just What the Doctor Ordered,’ which catches the cast and crew reflecting on working with director Niels Arden Oplev, along with an interview from Niels on his directing style and vision. In ‘The Ultimate Question,’ the cast and crew decide whether or not they would flatline if they could, and offer the revealing reasons behind their decisions.

The ‘Flatliners’ digital and Blu-ray releases are also loaded with additional exclusive bonus material, including deleted and extended scenes, plus two more behind-the-scenes featurettes. The featurette, ‘Reviving a Cult Classic,’ explores the differences in tone, concepts and creative design from the original film and the update, and also features comments from producer Michael Douglas. In ‘Making the Rounds,’ the cast shares what intrigued them most about their characters, as well as their experiences on the set, and their favorite film moments.

Five medical students, who are hoping to gain insight into the mystery of what lies beyond the confines of life, embark on a daring and dangerous experiment. They stop their hearts for short periods of time, which triggers a near-death experience. As the investigation becomes more perilous, they are forced to confront the sins of their pasts, as well as contend with the supernatural consequences of trespassing to the other side. 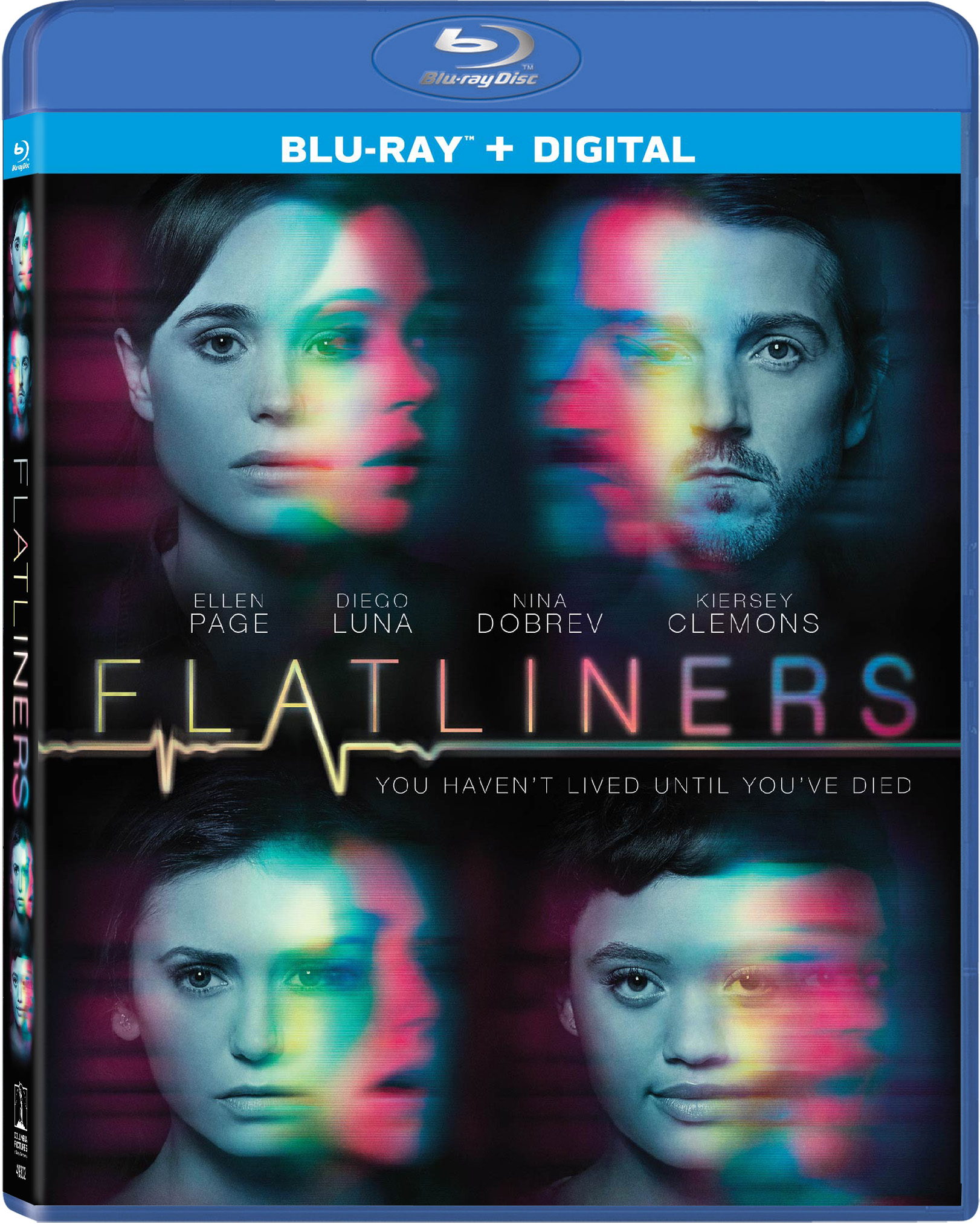